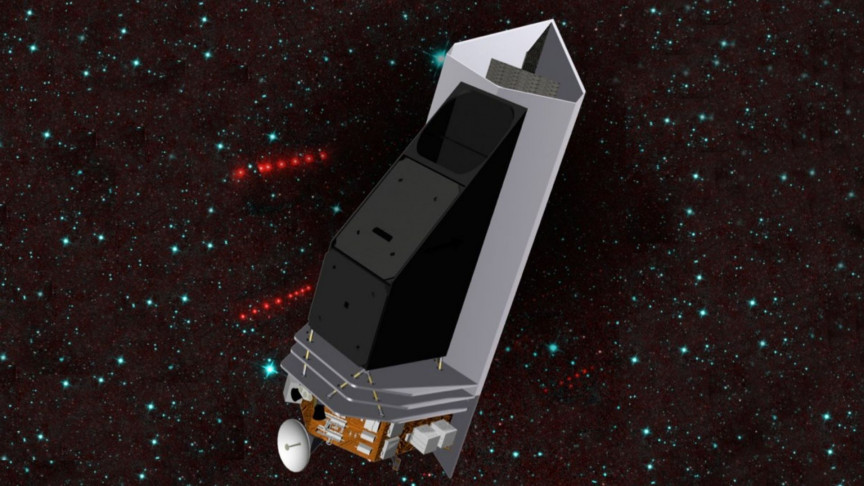 NASA has greenlit the building of a new telescope, the Near-Earth Object Surveyor, or NEO Surveyor, in a bid to bolster the Earth’s planetary defense by detecting asteroids and comets that could impact Earth with potentially devastating consequences, the space agency explained in a statement.

The NEO Surveyor will be fitted with infrared cameras that can detect Near Earth Objects, track their positions, and calculate their sizes with a degree of accuracy not possible using telescopes here on Earth.

As the NEO Survey project leader, Amy Mainzer, explains in a separate statement by the University of Arizona, “we think there are about 25,000 NEOs large enough to wipe out an area like Southern California. Once they get bigger than about 450 feet in diameter, they can cause severe regional damage. We want to find these, and as many smaller ones as possible.”

Near-Earth Objects are categorized as asteroids and comets that come within 30 million miles of our planet. When these are warmed by the sun, they give off heat signatures that can be picked up with infrared sensors, meaning that even asteroids almost as dark as the surrounding space will still be picked up.

As a recent simulation exercise by NASA and ESA scientists showed, our current technologies would be insufficient to deflect an asteroid on course for Earth given a time frame of approximately six months.

That’s why NASA and other organizations are hard at work building the next generation of asteroid detection technologies. NASA’s Double Asteroid Redirection Test (DART), for example, will be the first demonstration of a technology capable of changing the trajectory of an asteroid. The project will reach the asteroid Dimorphos in the Fall of 2022.

With NASA’s latest announcement, the NEO Surveyor has passed from the concept to the design phase. The space agency said that if all goes to plan, the telescope will be launched in the first half of 2026.

“NEO Surveyor will have the capability to rapidly accelerate the rate at which NASA is able to discover asteroids and comets that could pose a hazard to the Earth, and it is being designed to discover 90 percent of asteroids 140 meters in size or larger within a decade of being launched,” said Michael Kelley, NEO Surveyor program scientist at NASA.

Though the probability of an asteroid hitting Earth and destroying a largely populated area any given year is calculated to be exceedingly low — approximately 0.000001 percent — previous near misses mean it is crucial that humanity is prepared for the worst-case scenario.