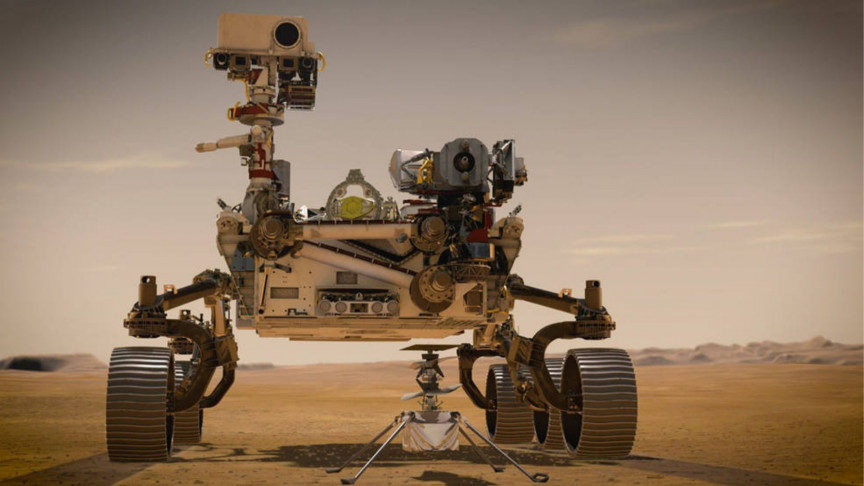 NASA has made history for the second time this week, by converting carbon dioxide from the thin atmosphere of Mars and converting it into pure, breathable oxygen, the US space agency said in a statement on Wednesday, April 22.

The achievement comes days after NASA conducted the first controlled flight on Mars, and constitutes another step towards enhancing the future of space exploration.

The extraction of oxygen from Mars’ carbon-rich atmosphere was carried out by a small experimental box, called MOXIE, aboard NASA’s Mars Perseverance rover, which touched down on the red planet’s Jezero Crater on February 18, after a seven-month journey from Earth.

Standing for Mars Oxygen In-Situ Resource Utilization Experiment, MOXIE accomplished its first task on Tuesday, April 20. After its first activation, the instrument produced approximately 5 grams of oxygen, which is enough for roughly 10 minutes of breathing time for an astronaut, NASA explained.

“This is a critical first step at converting carbon dioxide to oxygen on Mars,” said Jim Reuter, associate administrator STMD. “MOXIE has more work to do, but the results from this technology demonstration are full of promise as we move toward our goal of one day seeing humans on Mars. Oxygen isn’t just the stuff we breathe. Rocket propellant depends on oxygen, and future explorers will depend on producing propellant on Mars to make the trip home.”

MOXIE works through electrolysis. The instrument takes in a small sample of the Martian atmosphere, before heating the carbon-rich air up to almost 800 degrees Celsius (1500 degrees Fahrenheit). It then applies a voltage, splitting the carbon dioxide apart and producing carbon monoxide and a single oxygen atom.

Aside from producing oxygen for future Mars astronauts, MOXIE could also play a large role in producing rocket propellants — as oxygen combined with hydrogen combusts in a powerful explosion utilized by many of today’s rocket launches.

As for astronauts living and working on Mars, they would likely require one metric ton of oxygen between them to last an entire year, NASA said.

MOXIE was designed to generate up to 10 grams per hour as a proof of concept. NASA plans to test the machine’s capabilities at least another nine times at different stages of the Martian year to ensure it can work year-round and in a number of conditions.

A week full of space-related breakthroughs started off with NASA’s successfully conducting the first powered, controlled flight on another planet with its Ingenuity helicopter.

The aircraft hitched a ride to the red planet alongside MOXIE and several other experimental instruments aboard the Mars Perseverance rover, whose primary mission is to search for fossilized traces of ancient life on the red planet.

Since that time, NASA’s Jet Propulsion Laboratory (JPL) has released enhanced footage of the historic flight, which was dubbed a Wright Brothers moment by JPL project manager Mimi Aun.

Mastcam-Z imager footage (above) was enhanced to show dust plumes rising from the surface of Mars.

Weather permitting, the week will be capped off by SpaceX and NASA’s third launch of humans to the ISS on a Crew Dragon capsule — the second fully operational mission. SpaceX aims to eventually take humans to Mars and recently won a partnership with NASA to help humans land on the moon by 2024.