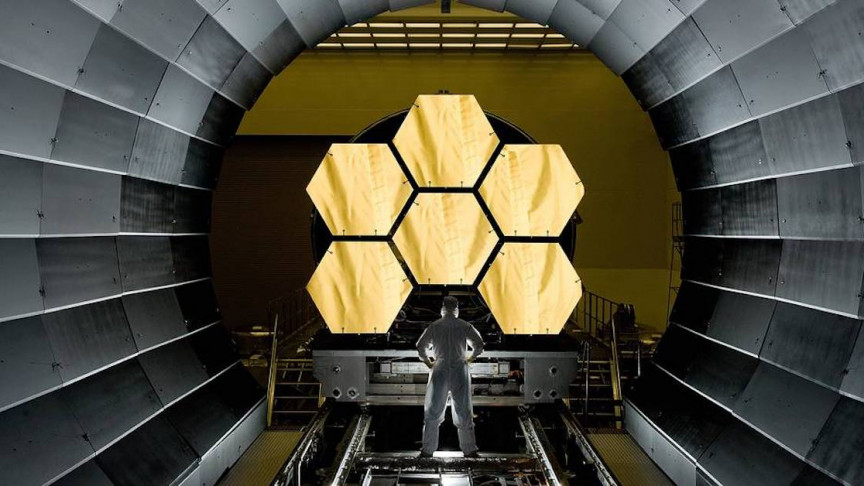 NASA has been funding some out of this world projects throughout the past decade via their NASA Innovative Advanced Concepts (NIAC) program. A program dedicated to supporting innovative research and ideas worldwide, the NIAC’s primary focus is space and space travel. Many of the ideas presented by the advanced research program could rival some of the plot points of your favorite Marvel blockbuster or science fiction film. So, what exactly does the NASA Innovative Advanced Concept program do?

Initially founded in 1998 under the name the NASA Institute for Advanced Concepts, the NIAC is an organization dedicated to changing what’s possible in space. As mentioned, they back innovative space concepts that could enable and transform future missions. Researchers, both young and old, from businesses to leading universities, submit their futuristic aerospace ideas to NIAC.

The best concepts are granted awards for further development. More interestingly, the NIAC program supports these ideas through multiple progressive phases of the study, which are the following:

Phase I studies are nine-month efforts to explore the overall viability and advance the Technology Readiness Level (TRL). Eligible recipients of Phase I awards can propose a follow-on Phase II study.

Phase II develops concepts for up to two years. Researchers must prepare a roadmap for further development but are not expected to fully advance the technologies to a level required for NASA or commercial transition.

Phase III continues the exploration and development for another two years. The final phase is designed to strategically transition NIAC concepts with the highest potential impact for NASA, other government agencies, or commercial partners.

Exciting ideas that will directly impact the future of space travel are nurtured at NIAC. And today, we are going to look at some of the most exciting projects currently in development, ideas that have been years in the making. Perhaps one of these concepts will inspire you to submit something to NIAC.

SPARROW could help us explore the unpredictable terrains of ocean exoplanets

Ocean worlds may be common as we continue to explore the universe. There are celestial bodies within our own galaxy, like Jupiter’s Europa, that are hypothesized to have oceans of liquid water below their surface. SPARROW could help us study the surface of the oceanic bodies much easier in the future. The proposal comes from robotics, propulsion, sample acquisition engineers, and planetary scientists from JPL, Purdue University, and Honeybee Robotics.

Standing for Steam Propelled Autonomous Retrieval Robot for Ocean Worlds, SPARROW would be deployed by a rover upon arriving on the planet. The robot’s multi-hop architecture allows it to jump great distances. SPARROW would be able to analyze large areas in a short period of time and even survive in the harsh radioactive environment of a foreign planet. The cheap, small, and spherical robot would be used to study the geological sights of a planet quickly and effectively.

At the moment, interstellar travel and research are still in the very early stages of development. However, this has not stopped researchers from trying to develop new ways to make this a possibility. A team from Texas A&M Engineering Experiment Station have proposed a new and innovative beamed propulsion architecture that would allow for a 42-year mission to one of our nearest neighbors, Proxima Centauri.

To put that into perspective, Proxima Centauri is 4.243 light-years away from us. The recent Parker Solar Probe was able to travel at approximately 690,000 mph (1,110,447 km/h), or about 0.064 percent of the speed of light. If you were to travel at that speed to Proxima Centauri, it would still take you around 6,300 years to get there.

Using the proposed Photon-paRticle Optically Coupled Soliton Interstellar Mission Accelerator or PROCSIMA; this system would dramatically increase the speed at which a spacecraft could travel. Using both high-energy laser systems and high-energy neutral particle beams, the spacecraft would, in theory, be able to reach 10% the speed of light — reducing the travel time to Proxima Centauri to 42 years.

Is there life on Venus? LEAVES could help find out

In 2020, the idea of life on Venus became an intriguing possibility. Though very unlikely, recent evidence has pointed to some telltale atmospheric signs that have rekindled scientific interest in our planetary neighbor. There are a handful of Venus atmospheric projects at NIAC. However, this one takes design cues directly from life on Earth. Lofted Environmental and Atmospheric Venus Sensors, or LEAVES, is an ultra-lightweight, passively-lofted, and inexpensive atmospheric sensor. The mini-sensors remove the need for active propulsion, guidance, or inflation media and buoyancy control, require very little infrastructure, and do, in fact, look like leaves. LEAVES would allow for in situ samplings of the Venusian atmosphere and any other prominent planetary body. The planned probes could be “dropped-in” almost anywhere, and are incredibly durable.

Could this artificial gravity “Turbolift” counteract the effects of long-duration missions in space?

Microgravity and reduced gravity can put tremendous strain on the human body. Long-duration space missions cause astronauts to experience physiological deconditioning, including loss of bone density, muscle atrophy, cardiovascular deconditioning, sensorimotor/balance impairment, and vision changes. For future extended missions in space, IMSG Laboratories, Inc proposes an exciting artificial gravity (AG) technology designed to counteract these harmful effects on astronauts. Their Tubrolift rocks and spins astronauts, creating temporary artificial gravity that is akin to the feeling of gently bouncing on a trampoline. The Turbolift works by linearly accelerating at 1G for ~1s, then rotates 180 degrees to prepare for a 1G deceleration for ~1s. The technology would “reduce or eliminate the physiological deconditioning in a comprehensive, multi-system manner,” the team described.

If we are going to build a base on the moon, we might as well put a telescope up there too

The minds over at NASA’s Jet Propulsion Laboratory have proposed building a Lunar Crater Radio Telescope (LCRT) on the far side of the moon. This ultra-long-wavelength radio telescope would have a host of benefits compared to some of the radio telescopes that we have here back at home. The LCRT would be able to observe the universe at much higher wavelengths, thanks to the lack of atmospheric filtering on the moon. Even more so, the moon acts as a physical shield that isolates the lunar-surface telescope from radio interferences/noises from Earth-based sources, ionosphere, Earth-orbiting satellites, and Sun’s radio-noise during the lunar night. Using robots, the telescope would assemble itself and deploy after picking a predetermined crater location.

Enceladus is the sixth-largest moon of Saturn. It is mostly covered by fresh, clean ice, making it one of the most reflective bodies of the Solar System. Even more impressive, below its ice body, there is a subsurface ocean. Every so often, geothermal vents spew water out from the subsurface ocean onto its icy surface. We have similar environmental and geological features here back on Earth. Furthermore, we have even found life in these environments. The Enceladus Vent Explorer (EVE) is a robotic mission to enter an Enceladus vent search for life in its ocean. EVE would be deployed using a rover, launching itself into one of these vents. Eve would not only look for life. The small robot would be tasked with collecting biological samples.

We could send probes, supplies, and spacecraft to anywhere in our solar system using nuclear electric propulsion

Nuclear electric propulsion, or NEP systems, could power future space missions. However, rather than use that propulsion system on a larger spacecraft, Howe Industries LLC proposes that we create an ultra-lightweight nuclear electric propulsion for deep space exploration and as a way to deliver scientific payloads to anywhere in the solar system. These CubeSats would be 15 lbs (7 kg) in weight and 13 feet (4 meters) in length. Not only would they be small, but they would also be relatively cheaper to produce than more traditional probes.