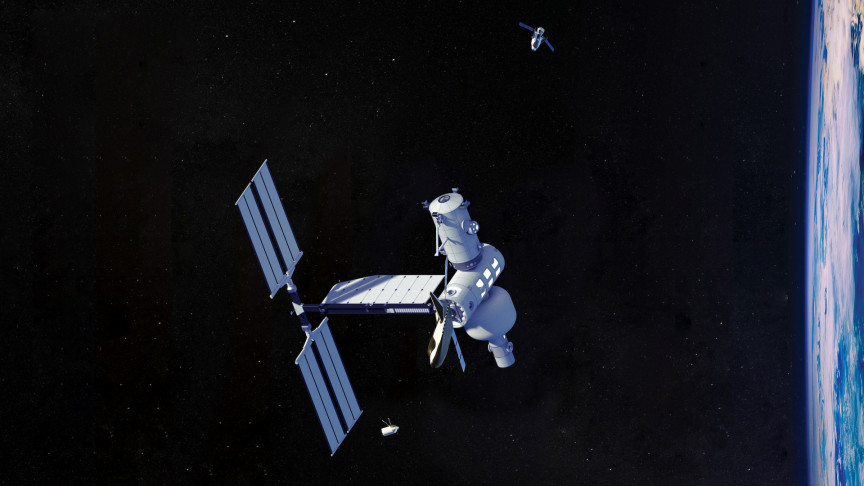 It looks like NASA and Jeff Bezos’ Blue Origin rocky relationship might be on the mend, following a legal dispute between the two that led to the delay of NASA’s Artemis moon landings.

That’s because NASA announced on Thursday, Dec. 2, that it will fund Blue Origin’s commercial space station, called Orbital Reef, under a Space Act Agreement, a press statement from the space agency reveals.

NASA and Blue Origin to collaborate on ‘space business park’

Blue Origin first announced its “space business park,” Orbital Reef, in October. The company, founded by Amazon’s Jeff Bezos, recently filed a lawsuit against NASA, calling the space agency’s award of a moon lander contract to SpaceX a “fundamentally unfair” decision. NASA has since gone on record saying that legal dispute, which was struck down in court last month, was a key reason it had to delay its crewed Artemis moon landings to 2025.

Still, it seems like the space agency and Blue Origin are settling their differences. NASA has now announced it will grant the private space firm funding as part of its Commercial LEO Development program, which will also see it fund projects by Northrop Grumman and Lockheed Martin in partnership with Nanoracks.

In its press statement, NASA says its program aims to “develop a robust commercial space economy in LEO, including supporting the development of commercially owned and operated LEO destinations.” NASA’s new program is also designed, in part, to plan for life after the International Space Station, as agreements on its operation are set to expire by 2024.

Blue Origin’s Orbital Reef is being developed in partnership with Sierra Space and Boeing. The project is billed as a multipurpose station that will be ideal for “conducting cutting-edge research,” for “film-making in microgravity,” and it will even include a “space hotel.” The development sees Blue Origin continue to expand its space operations beyond its space tourism launches, which have seen it take Jeff Bezos and even William Shatner up to suborbital space in recent months.

“We are pleased that NASA supports the development of Orbital Reef, a revolutionary approach to making Earth orbit more accessible to diverse customers and industries,” Brent Sherwood, Senior Vice President of Advanced Development Programs for Blue Origin, said in a separate press release. The Orbital Reef team hopes to have its first modules in orbit by 2030 with a view to the station being gradually expanded throughout the ensuing decade. The station will be launched up to orbit in parts using Blue Origin’s New Glenn orbital rocket, which is set to make its first flight in 2022.

As part of NASA’s Commercial LEO program, Northrop Grumman will also design a cost-effective free-flying LEO space station, which it says will use “current flight systems and advanced crew-focused technology under development that allows for rapid deployment with modular expansion to meet the growing needs of the space economy.” Just prior to Blue Origin’s announcement of Orbital Reef in October, Lockheed Martin and Nanoracks revealed what they have dubbed to be the “first-ever free-flying commercial space station”. Under the same agreement as Blue Origin and Northrop Grumman, that station could reach orbit as early as 2027.