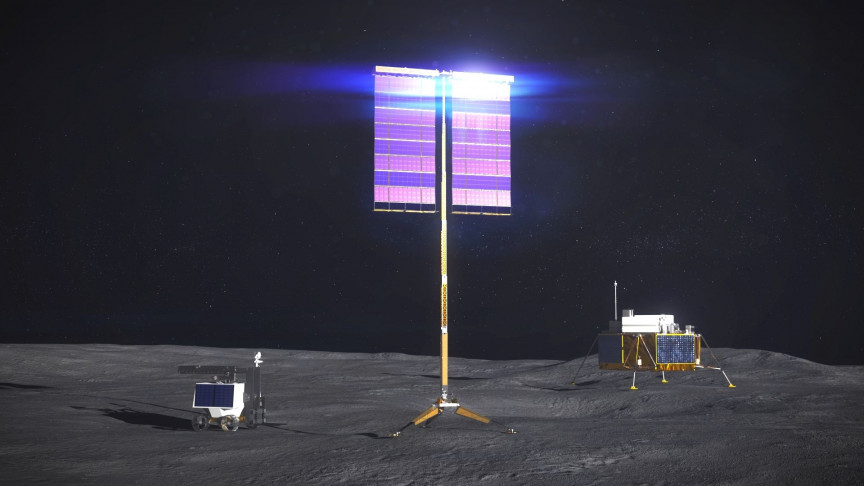 NASA is hiring commercial companies to develop vertically-deployable solar array systems able to spring up from the surface of the moon, according to a new press release from the agency.

NASA’s Artemis program aims to put people back on the moon, but it also has long-term plans to establish a sustainable presence at the lunar South Pole. But to stay there, astronauts will need a reliable form of sustainable energy to support lunar habitats, rovers, and complex construction systems integrated with both crewed and robotic missions.

The agency selected five companies to pool resources in designing solar array technologies capable of deploying autonomously to heights of 32 ft (9.7 m) — and then retract if or when it’s deemed necessary.

“We are thrilled with the proposals received and even more excited to see the designs that result from the base effort. Having reliable power sources on the moon is key to almost anything we do on the surface,” said Director of Technology Maturation Niki Werkheiser of NASA’s Space Technology Mission Directorate (STMD). “By working with five different companies to design these prototype systems, we are effectively mitigating the risk that is inherent in developing such cutting-edge technologies.”

The solar array designs also need to maintain stability on steep terrain, but also display resistance to lunar dust, in addition to bringing both the packaged volume and mass down — so it’s less difficult to bring to the lunar surface.

Once the 12-month $700,000 base contracts are finished, the companies will give NASA their system designs, analysis, and data. Later, NASA will (re-)select up to two companies for additional funding, adding another maximum of $7.5 million to recipients to build prototypes and carry out environmental testing.

If all goes well, we could see a “winning” system deployed on the lunar surface near the end of the 2020s.

Present-day solar array structures and deployment structures in space are made for employment in microgravity, or on horizontal surfaces. This new vertical position will keep the array in position to receive sunlight — since, at the South Pole of the moon, the sun isn’t very high in the lunar sky. And the abundance of rocky formations in hills and slopes can also cast dark shadows over the surface — blocking light from horizontally-oriented solar arrays. Tall structures circumvent this problem.

Taylor said the pursuit and design of more efficient solar arrays will drive new possible applications on Earth. For example, business owners and private homeowners might increase the efficiency of rooftop solar arrays that sometimes fall into the shade behind trees and tall buildings.

As NASA’s Artemis project moves forward, the architecture is expanding to include more partners than SpaceX alone. With old partners like Lockheed Martin and Northrup Grumman potentially developing crucial solar power equipment tailor-made for use on the moon, the commercialization of space is only beginning.