Narrowing Down a ‘Magic Number’ – Shaping the Universe? 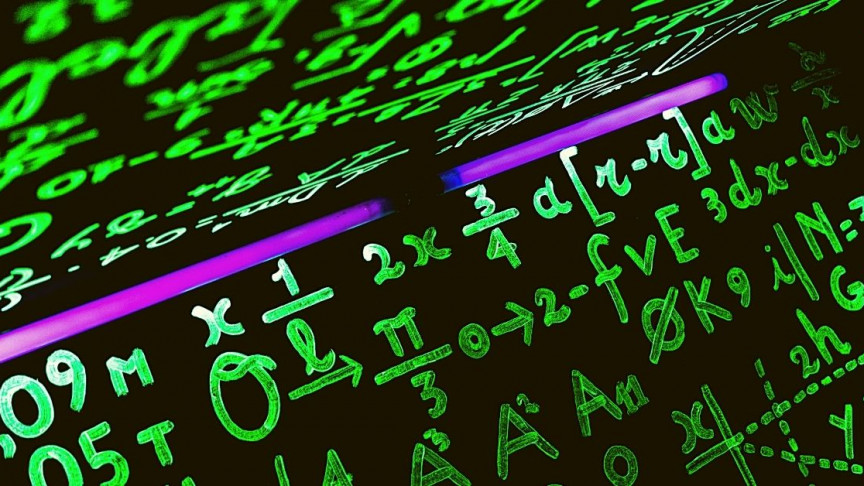 A team of four physicists reported the most precise measurement yet of a fundamental constant of the universe — called the fine-structure constant — at three times the precision of the previous best measurement (in 2018), according to a new paper published in the journal Nature.

Unlike the speed of light, c, the fine-structure constant doesn’t come in meters per second, or miles per hour — it has no units at all. Yet it shapes the universe to a beguiling degree, and is “a magic number that comes to us with no understanding,” said Richard Feynman, Quanta Magazine reports.

The fine-structure constant — which physicists denote with the Greek letter alpha (α) — comes to the threshold of equivalence to the ratio 1/137. It typically shows up in formulas describing light and matter.

“It’s like architecture, there’s a golden ratio,” said Novel Prize-winning physicist Eric Cornell of the University of Colorado, Boulder — who also works with the National Institute of Standards and Technology. “In the physics of low-energy matter — atoms, molecules, chemistry, biology — there’s always a ratio” between bigger things and smaller things, added Cornell. “Those ratios tend to be powers of the fine-structure constant.”

This ubiquitous constant characterizes the strength of the electromagnetic force underlying charged particles like protons and electrons. “In our everyday world, everything is either gravity or electromagnetism. And that’s why alpha is so important,” said the University of California, Berkeley’s Holger Müller — a physicist.

Moving on from the ‘why’ of universal constants

Since 1/137 is a small number, electromagnetism is relatively weak — which is why charged particles form into mostly-vacant atoms, whose electrons orbit at regular distances, and jump easily away to allow chemical bonds, Quanta reports.

Alternatively, the constant is also not too small for the universe — physicists generally think stars would never have formed if the constant were something like 1/138 — which would mean no carbon formed in stellar cores, and thus no life as we know it could ever come to be.

Physicists used to wonder where alpha’s value came from, but now they simply accept it as one of the fundamental constants of the universe by random chance — which happened while the universe was coming into existence. And now they are interested in learning something else.

Physicists have moved on from the ultimate “why” of universal constants, and focused on measuring the fine-structure constant to utmost precision. While hard to improve, measurements are easily falsified if wrong, since the interrelationships between elementary particles provide the means of testing subsequent theories.

These interrelationships are a set of bizarre equations known as the Standard Model of particle physics — and any mismatch between ultra-precise measurements of related quantities might hint at undiscovered particles or effects left unmentioned by the standard equations.

To Cornell, these types of precision measurements are a third way of empirically grasping the fundamental mechanics of the universe, along with telescopes and particle colliders.

New alpha value is thrice as precise as previous one

The new paper — from four physicists under the leadership of Saïda Guellati-Khélifa of the Kastler Brossel Laboratory, Paris — reports the most precise measurement yet of the mysterious fine-structure constant. Guellati-Khélifa’s team measured the value of the constant to the 11th decimal place, describing α = 1/137.03599920611.

Sadly, the team isn’t 100% sure about the last two digits.

They reported a margin of error of only 81 parts per trillion, which gives the new measurement nearly thrice the precision of the last measurement — taken in 2018 by Müller’s Berkeley group — Guellati-Khélifa’s rivals.

Better to exist in this universe than never know in others

Despite the rivalry, Müller said of his competitor’s latest alpha measurement: “A factor of three is a big deal. Let’s not be shy about calling this a big accomplishment.”

The procedure for testing new estimations of the numerical value of alpha is highly complex — involving cooling rubidium atoms to nearly absolute zero, placing them in a vacuum chamber, using lasers to achieve quantum superposition, and more. However mysterious the fundamental constants of the universe are, it’s good to exist in a universe where they aligned to support life, instead of not existing in one that will not see the light of day, anywhere, ever.