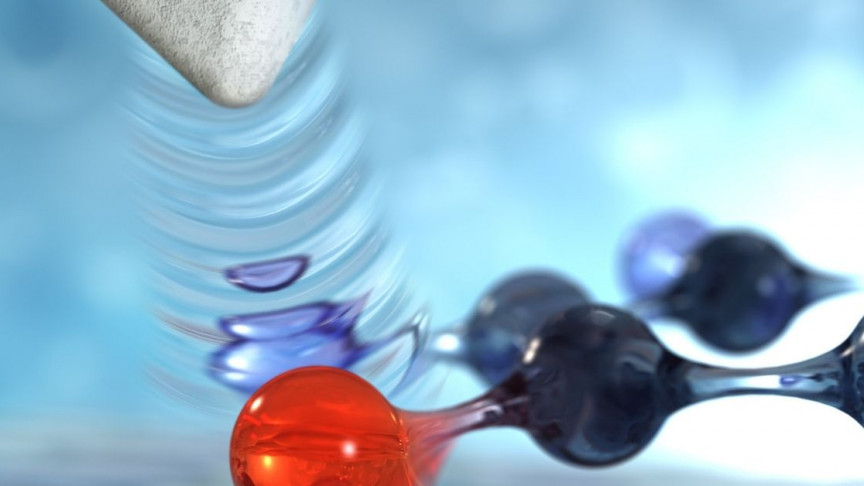 As scientists fiddle with the very start of our existence, they are getting incredible results. Early this year, a group of physicists from the University of Otago in New Zealand has shown success in holding atoms one by one and examining their interactions. This led to the question: can we control their movements?

It might sound inconceivable at first but scientists from Regensburg and Zurich have managed to poke an atom’s movement with atomic-scale forces within less than the trillionth of a second.

How did they do it?

In 1990, Eigler and Schweizer found a way to position individual xenon atoms at low temperatures, on a single-crystal nickel surface with atomic precision by using a scanning tunneling microscope (STM).

The STM is a very old technology, invented in 1982. Getting inspired by the method, the scientists from Regensburg and Zurich have taken it to the next level. Thanks to the microscope’s quite sharp needle used to sense atoms and scanning them, the scientists were able to control individual atoms and even molecules.

They took the already existing forces and used them to direct molecules by shining light pulses onto the microscope’s needle.

Atoms vibrate at a super speed that it is not quite possible to interfere with their movement, let alone directing them. Reportedly, their motion is faster than picoseconds (1 ps = 0.000,000,000,001 s).

The reason why the scientists chose to back it up with light is that light is an electromagnetic wave and its “oscillating carrier wave” could make an ultrafast force.  The force that surfaced through the oscillation of light could be directed to the molecules. The lead author of the new study, Dominik Peller explains “In this way, we can use the light-exposed needle as an ultrafast atom-scale ‘hand’ to push single atoms of the molecule.”

Surprisingly, scientists literally manipulated the atoms’ rotation. Hence, the forces applied to direct the atoms have the potential of understanding and controlling main processes in chemistry and biology to develop technologies of single-molecule electronics in the future.