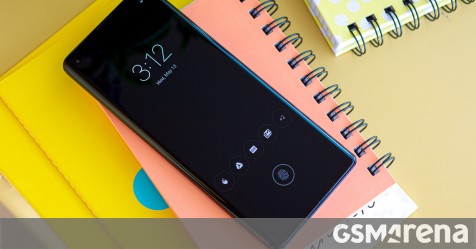 We just found out about the upcoming Motorola Edge Lite’s existence through an FCC certification, and now the handset’s full specs have been leaked.

As the name implies, the Edge Lite will be the third member of Motorola’s new Edge family, and the lowest-end of the bunch. Despite the Edge branding, it won’t have the waterfall display of its siblings.

The screen will be a 6.7″ 1080×2520 panel with 21:9 aspect ratio and 90Hz refresh rate, and an in-display fingerprint sensor. A dual hole-punch cutout gets top-left positioning for an 8 MP selfie camera and a 2 MP depth sensor next to it.

On the back the main snapper will be a 48 MP Samsung unit. Also on the back, three more cameras: 16 MP, 8 MP, 5 MP. We don’t know exactly what these are for, but expect one of them to be ultrawide and the 5 MP one either a depth sensor or a dedicated macro cam.

The Edge Lite will be powered by Qualcomm’s Snapdragon 765, just like the Edge. Versions will exist with 4 and 6GB of LPDDR4X RAM, as well as 64 or 128GB of UFS 2.1 storage. It will have a 4,800 mAh battery with 18W fast charging, NFC, 5G, dual-SIM (not all models), USB-C. It will run Android 10 and the international model will feature a dedicated key for Google Assistant. The iteration destined for Verizon may not.

The Motorola Edge Lite will be offered in Prussian, Surfing Blue, Azury, Soft White color versions in the US on Verizon, in Japan, Europe, Latin America, and the Middle East. In Europe its pricing seems to be 399 or thereabouts, at least for the entry-level version with 4GB of RAM and 64GB of storage. It’s unclear exactly when the Edge Lite will become official, so stay tuned for more info as we get it.