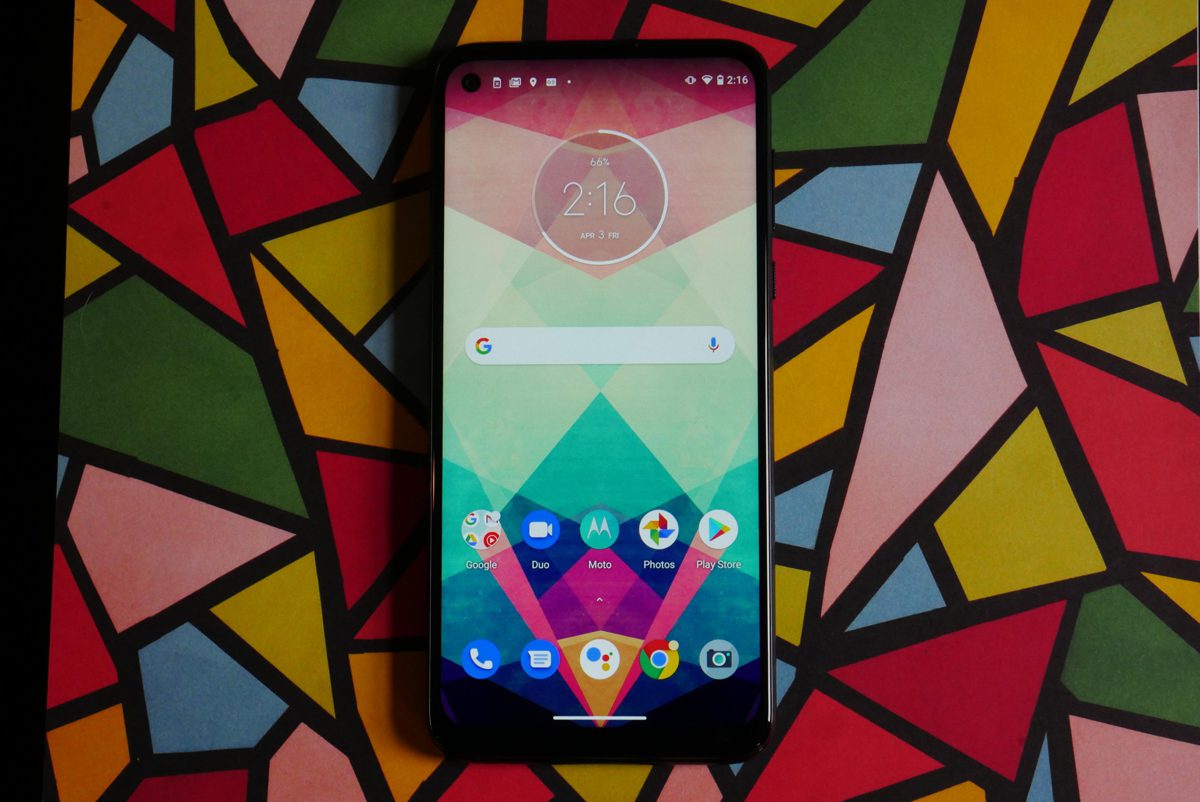 Motorola’s G series has long been a favorite for phone buyers on a budget, and this year’s Moto G Power ($249) is no exception. With a top-to-bottom overhaul, the Moto G Power looks more refined than last year’s model, offers excellent performance for the price, and can get even the most active users through a busy day on a single charge. It’s the best $249 handset on the market, and our Editors’ Choice for budget-friendly smartphones.

The Moto G Power still has the typical Motorola aesthetic, but there are a number of changes that make it look and feel more refined. For example, the front of the phone has a larger screen-to-body ratio, with no Motorola branding on the bottom bezel.

It measures 6.29 by 2.99 by 0.38 inches (HWD) and weighs 7.02 ounces. The front is dominated by a 6.4-inch LCD with a notch in the top left for the front-facing camera, a big improvement over the Moto G7 Power. The resolution has been bumped up to 2,300 by 1,080, for a density of 399 pixels per inch, and the aspect ratio is 19:9 thanks to the minimized bezels. Overall the screen looks great, and is bright enough to use in direct sunlight. It’s a little reflective and colors are slightly cool, but it’s still good for everything from multimedia to productivity. 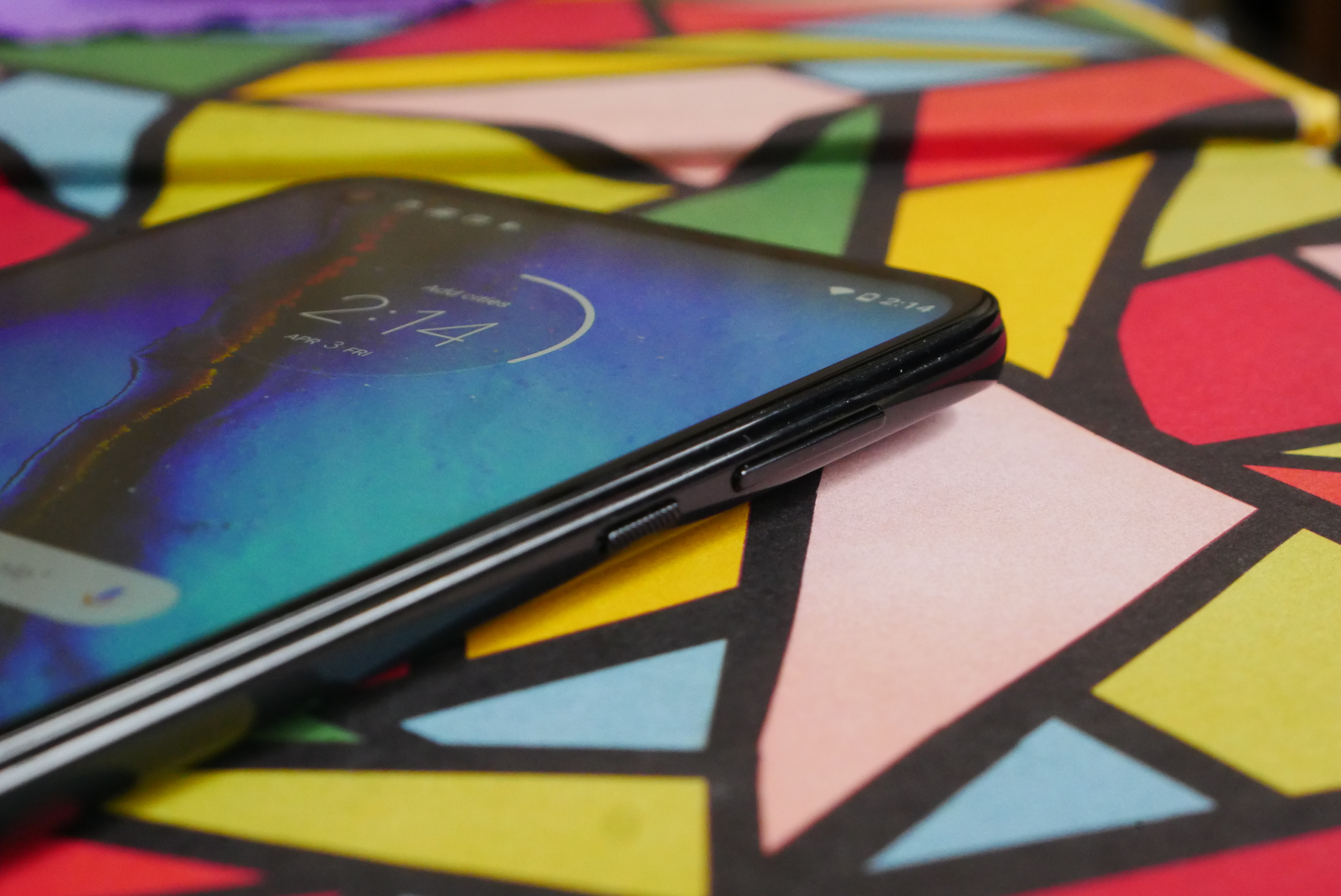 Flip the phone over and you’ll find a plastic back panel in smoke gray. The camera stack sits in the top left corner, and the fingerprint sensor makes its home top and center. The switch back to plastic is a bit of a mixed blessing since last year’s glass G7 Power was a fingerprint magnet. It means the phone might be able weather falls a little better than its predecessor, but can also scratch more easily. In addition, the edges of the display extend slightly past the phone’s frame, making them more vulnerable. And while Motorola says the phone is protected from splashes, it lacks an official IP rating.

On the bottom edge you’ll find a USB-C charging port, a headphone jack, and a speaker. The left side is home to the hybrid SIM/microSD slot. The right side holds textured power and volume buttons, while the top of the phone is bare. The buttons provide a satisfying click, but can be difficult to reach with small hands.

We tested the Moto G Power on Visible (which uses Verizon’s network) in Downtown Brooklyn, and saw solid average speeds of 48.1Mbps down and 39.9Mbps up.

Call quality is excellent. With a peak earpiece volume of 87dB, it’s easy to hear calls on busy streets. Voices sound natural, and there is no noticeable latency. Noise cancellation works well, but we did notice a little bit of background noise creep in on occasion.

Audio quality is solid as well. The phone features Dolby-tuned stereo speakers and AI that automatically tweaks audio settings depending on what you’re doing. Peak speaker volume comes in at an impressive 92dB, though it lacks bass and can sound flat at high volumes.

The phone has Bluetooth 5 for audio and wearable connectivity. Like its predecessor, there’s no NFC, which is disappointing as mobile payments are rapidly gaining in popularity. Multi-band Wi-Fi is supported.

Our daylight test photos were solid, with good color accuracy and excellent depth of field, though there was some minor softness in the background. Low-light shots were decent, however we noticed some minor background blur and edge noise.

The ultra-wide lens does a fair job with good light. In our daylight test shots, many of the photos are solid, though you’ll notice less than perfect detail and edge distortion upon close examination.

Low-light photos with the ultra-wide lens are just okay. Nearly all of our test shots look fine for sharing on social media, but there is more noticeable background blur, edge noise, and distortion.

The front-facing camera does well in good light. Our daylight test photos show solid color accuracy and accurate depth of field, though we noticed some loss of fine detail. Low-light selfies aren’t as good, with muddy backgrounds and noise.

And despite electronic image stabilization, we noticed some jitter and lost frames when recording video. 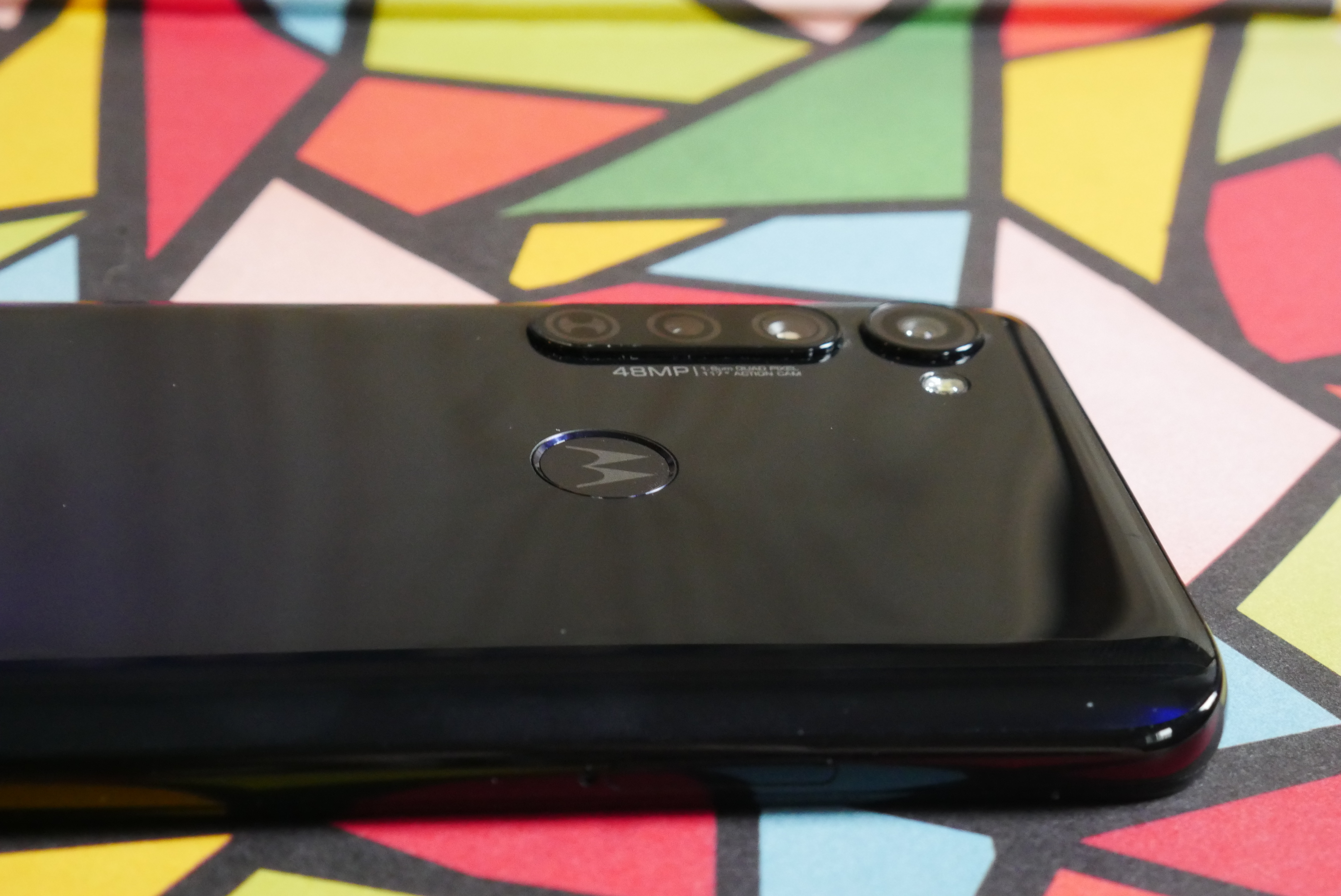 The phones is powered by a Qualcomm Snapdragon 665 chipset with 4GB of RAM. There’s 64GB of eMMC 5.1 storage, of which 48GB is available out of the box. While 48GB of storage should be enough for moderate users, you can add up to an additional 512GB of external storage with a microSD card.

The Moto G Power scored 6,751 on PCMark Work 2.0, a suite of benchmark tests that emulate normal smartphone tasks. That’s behind the Pixel 3a’s 7,378, but not far behind, and the Pixel costs nearly twice the price.

Overall, the Moto G Power performs well for the average user. We were able to multitask and switch between nearly a dozen apps without any issue. At times we noticed a slightly delay when launching a program, but nothing significant. We also tested the phone by playing PUBG: Mobile and Asphalt 8. We noticed loner load times than what you encounter on more expensive phones, but we didn’t see any dropped frames or lag during gameplay.

Like its predecessor, the Moto G Power packs a massive 5,000mAh battery, the largest cell you’ll find in this price range. In our battery rundown test, which streams HD video over Wi-Fi at full brightness, the phone lasted an amazing 18 hours and 11 minutes. That’s a significant jump compared with the Moto G7 Power (14 hours, 29 minutes) and one of the best battery life results we’ve seen in some time. With conservative use, we think the Moto G Power can probably last two days between charges.

The Moto G Power ships with Android 10 with Motorola’s custom skin. Unlike many smartphone makers, Motorola has a light touch when it comes to its UI, with tweaks that in some ways actually improve upon stock Android.

The most notable added feature is Moto Actions, which allows you to use certain gestures to activate features on the phone. For example, if you want to take a screenshot, you can just tap the screen with three fingers, or if you want to activate Do Not Disturb mode, simply turn the phone over. Moto Gametime, meanwhile, allows you to easily change notification and performance settings while gaming.

You won’t find much in the way of bloatware on the Moto G Power, unlike most phones in the price range (and even higher).

As far as future software updates, Motorola tends to update its handsets fairly regularly and does a good job with patches and updates.

The Moto G Power offers snappy performance and truly spectacular battery life in a handset you can use anywhere in the world. We’d like to see NFC for mobile payments and better camera quality, but you’re getting a ton of value for your money here. Of course, you can find those features if you’re willing to spend more, but for $249, the Moto G Power really delivers, and earns our Editors’ Choice for being the best budget-friendly phone you can buy right now.