Monetizing the Insurrection Online Before and After January 6 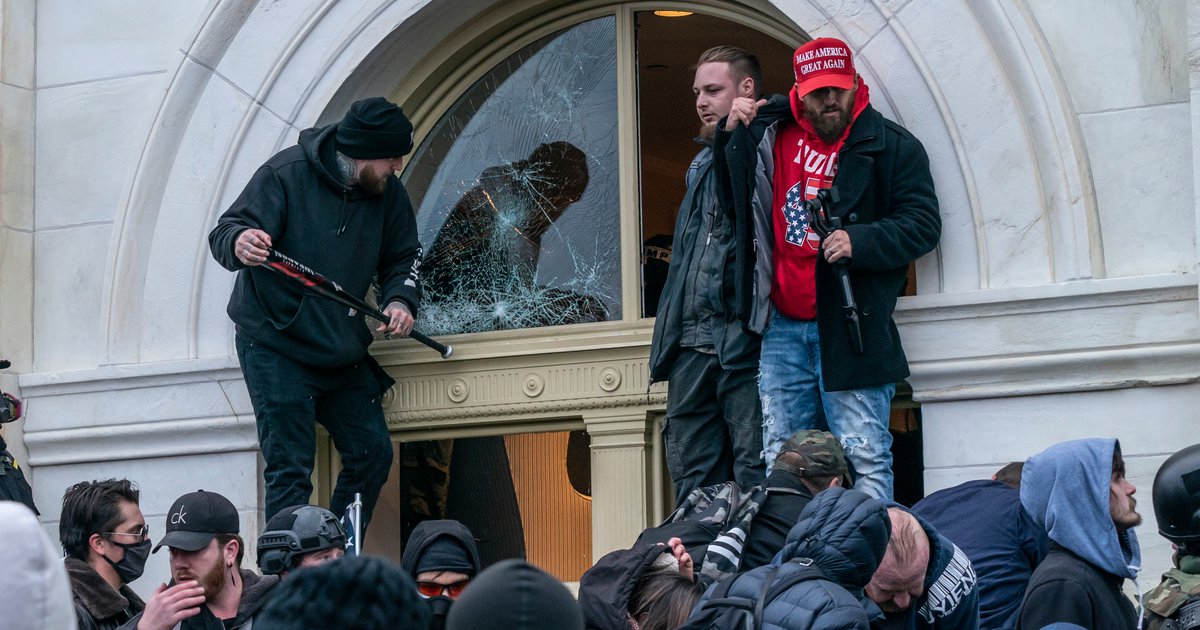 On October 27, 2018, a mass shooter killed 11 people at the Tree of Life Synagogue in the Squirrel Hill neighborhood of Pittsburgh. The shooter, Robert Gregory Bowers, was an active user of Gab, an alternative tech social media platform, where he posted nativist and anti-Semitic content. “Screw your optics, I’m going in,” Bowers wrote a few hours before commencing the attack. Bowers’s posts on Gab soon attracted media attention, and that’s when Gab’s founder and CEO, Andrew Torba, realized he had a serious problem.

With an estimated 800,000 users, Gab was not only one of the fastest growing alternative-tech, or “alt-tech,” platforms on the Internet at the time, it had also become infamous for serving as a haven for extremists motivated by racial and ethnic violence, due in large part to Torba’s philosophy about free speech: if it’s legal, it’s allowed. But for several of Gab’s key business partners, the Tree of Life shooting was a bridge too far. In response to the massacre in Pittsburgh, payment processors PayPal and Stripe announced a day after the shooting that they would ban Gab from their platforms. Gab’s webhost, Joyent, and the domain name registrar, GoDaddy, followed suit, forcing Gab offline for a week.

Until that point, the promise of monetizing a new online ecosystem designed by and for conservative and far-right movements had electrified proponents of the alt-tech approach to online platforms. Donald Trump’s elevation to the White House and inauguration in 2017 on the back of a massive social media campaign had fomented giddy excitement amongst tech entrepreneurs inspired by the libertarian strains in Trump’s movement. Along with Gab, platforms like Parler and Rumble were early experiments in blending the design features of mainstream tech providers like Facebook and Twitter with an anything-goes attitude towards content moderation.

But when major payment processors cut Gab off for good in the fall of 2018, it looked as if the alt-tech business model might fizzle out. Torba resolved his domain registration problem by switching to the Seattle-based registrar Epik, but Gab’s exile from mainstream payment processors proved to be a stickier wicket, and one that cost the company significant revenue. In a Securities and Exchange Commission (SEC) filing that December, Gab reported that losing access to applications for PayPal and Stripe “has resulted in a 90% decline in payments for our subscription services.”

Torba is not the only alt-tech CEO to experience the whiplash of early startup success and a precipitous fall from grace after running afoul of the terms of service provided by backend infrastructure tech companies. After the January 6, 2021 attack on the Capitol, a similar pattern played out when tech providers deplatformed Gab’s alt-tech competitor, Parler. At the time, Parler’s CEO John Matze complained on Fox News that his business had been adversely impacted by Amazon’s decision to deplatform Parler. More recently, newer platforms that cater to the far-right and proponents of a style of government that privileges Christian nationalist ideals like Trump’s newly launched Truth Social app have also faced technical challenges and financial headwinds.

The January 6 insurrection and subsequent U.S. government scrutiny of the role of social media platforms in fueling the violence seems to have disrupted what once seemed to be a viable business model and means of fundraising for many on the far-right. Days after the assault on the Capitol, the Justice Department launched the largest federal investigation in U.S. history to identify and prosecute those responsible. The accused have faced grave financial repercussions, and so have many of the online businesses that catered to them. Capitol rioters lost their jobs. Individuals and entities alike were banned from payment apps and processors.

Many charged in connection with the January 6 attack now also face enormous legal costs. In December 2021, Karl Racine, attorney general for the District of Columbia, filed suit against members of the Proud Boys and Oath Keepers seeking restitution for millions of dollars in damages and explicitly said he hoped to bankrupt them. Some individuals who have been indicted by federal grand juries in Washington have tapped into platforms and alt-tech websites launched by close associates of Trump to help finance their legal defense.

Social media platforms where planning for the attack took place have struggled, too. Apart from Parler’s famous booting from Amazon servers, Gab reported in March 2021 that the company had lost access to four banks in as many weeks. For those charged in connection with the January 6 attack, then, as well as companies whose business models catered to the extremist strains that inspired the assault, finding alternate means of raising and sending money is as urgent as it is essential.

The question is whether the alternatives to well-known providers like PayPal are sustainable. This brief maps the financial tools and techniques employed by alt-tech industry leaders like Gab’s CEO Andrew Torba, high-profile members of the Proud Boys, and others implicated in the January 6 Capitol attack and the far-right’s assault on American democratic institutions. For many in this milieu, Amazon’s decision to pull hosting for Parler following the Capitol attack was a clarion call to the need for a parallel web, and prominent players—including Trump’s own companies—have since flocked to the task of building it. But in 2018 and 2019, movement leaders were still discovering how vulnerable to deplatforming they were on mainstream services, sparking an evolution toward more marginal and laissez-faire providers.

The years leading up to the assault on Congress saw alt-tech finance evolve in dramatic ways, maturing from ad hoc arrangements and one-person operations to sophisticated businesses backed by venture capital and hosted on private technology stacks. Our starting point for tracing this evolution is an open source tranche of Parler data that researchers Aliapoulios, et al. published in the wake of the Capitol attack and that contains many—but not all—of the posts from the first iteration of the social network, sometimes referred to as Parler 1.0. This dataset is one of several at the center of our ongoing analysis on the connection between alt-tech platforms and the insurrection at the Capitol; and it is the source for all unlinked quotes and references from Parler posts throughout this brief.