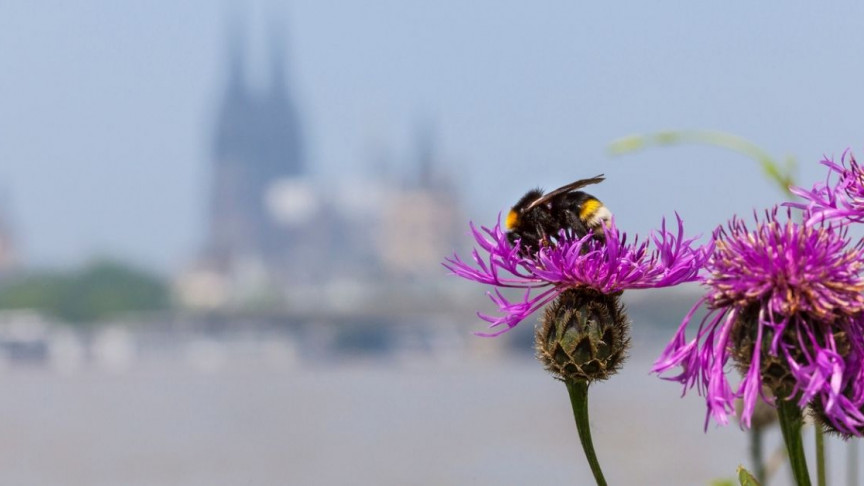 A German study published on September 17 demonstrated that the radiation from mobile devices and Wi-Fi fields have played a contributory role in the recent dramatic decline in insect populations in Europe. Other major contributors to this decline can be listed as loss of habitat due to human expansion and pesticide use.

The study is an analysis of 190 papers. The researchers deemed 83 of these studies scientifically relevant, and 72 of these said studies correlated that electromagnetic radiation has a negative impact on bees, wasps, and flies.

In the study, reduced navigational ability and damage to genetic material and larvae are the two main documented side effects of magnetic field disturbance.

Johannes Enssle, head of NABU in the state of Baden-Wuerttemberg told AFP (via Phys), “The study shows that we must keep our eyes open in all directions when analyzing the causes of the dramatic insect decline,” and added that “The subject is uncomfortable for many of us because it interferes with our daily habits and there are powerful economic interests behind mobile communication technology.”

SEE ALSO: HOW 5G TECHNOLOGY IS GOING TO CHANGE OUR WORLD

Peter Hensinger of the Diagnose Funk, a German consumer protection organization, noted we need to pay close attention to the adverse effects of radiation on both humans and animals, especially since we’re at the brink of converting to 5G.

The study, which is written in German, awaits peer review as of now. It was conducted by a team of scientists from Germany’s Nature and Biodiversity Conservation Union (NABU) along with one German and one Luxembourgian non-government organization (NGO).