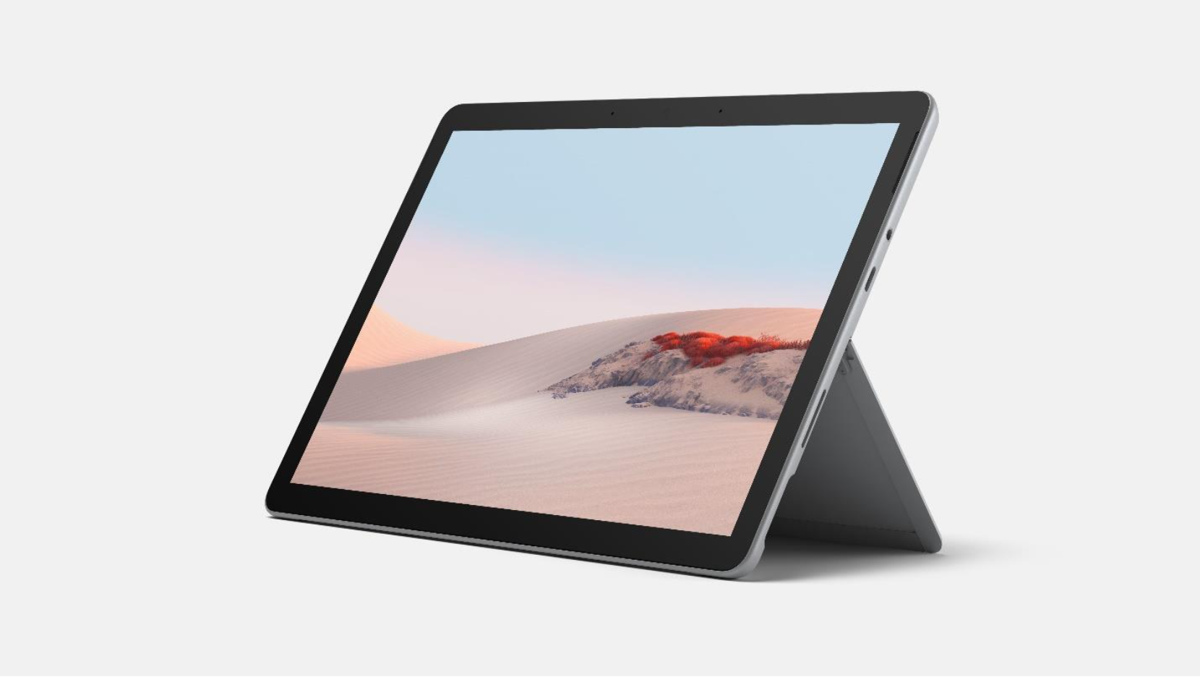 Microsoft unveiled long-awaited refreshes to its cheap and cheerful Surface Go and ultra-powerful Surface Book tablet PCs this week, and announced that the delayed Surface Earbuds will finally go on sale.

Improved battery life and professional-level graphics processors are just a few of the additions to the new Surface tablets, which Microsoft hopes will become essential tools for what is shaping up to be a new work-from-home era.

At $399, the Surface Go tablet is the most affordable and portable member of the Surface Family. The Surface Go 2, which goes on sale May 12, continues the tradition. It keeps the same price while adding a slightly larger screen and up to 64 percent faster performance, thanks to a new Intel Core processor option.

Microsoft has been touting the suitability of Windows as a touch-first operating system suited to mainstream tablets like the Surface Go 2 for years. But other than a few specialized corporate models from the likes of Lenovo and Dell, Windows tablets haven’t really emerged as viable alternatives to the Apple iPad and iPad Pro.

So a lot is riding on the Surface Go 2, especially now that Microsoft has officially delayed its next-generation Surface Neo and Surface Duo tablets. The Surface Go 2 also hits stores as many workers are stuck at home amid the coronavirus pandemic and are looking to their personal devices for entertainment, education, and work. Microsoft says that time spent on Windows devices has increased 35 percent since February.

The new Surface Go 2 is available in several colors and has a larger 10.5-inch screen, up a half-inch from its predecessor. Weight remains essentially the same, at 1.2 pounds. The screen resolution remains the same too—at 1,920-by-1,280 pixels—a much lower resolution than the PixelSense display on the Surface Pro 7, Microsoft’s flagship tablet.

The better performance on the Surface Go 2 comes from moving to newer Intel processors. You’ll be able to choose either the Intel Pentium Gold 4425Y or an 8th-generation Intel Core m3 CPU to power the Surface Go 2. The new tablet also promises better battery life, with up to 10 hours of what Microsoft calls “typical device usage.”

Like its predecessor, the Surface Go 2 comes with Wi-Fi and Bluetooth, but an LTE-equipped version costs extra. You’ll also need to pony up if you need a physical keyboard, since the $399 base configuration just includes the tablet.

The updated Surface Book 3 is also technically a Windows tablet, but it’s much more expensive and powerful than the Surface Go 2. It’s aimed at creative professionals who will likely use it with its included keyboard attached most of the time.

Many of those professionals have been waiting a long time for a refresh—the Surface Book 2 has been around since 2017 and its specs are starting to show their age. The new Surface Book 3 starts at $1,599 and goes on sale May 21 with significantly upgraded components.

Both versions come with detachable keyboard bases, and both can have their graphics processors upgraded. Options include the Nvidia GeForce GTX 1650 Max-Q for the 13.5-inch version, while the 15-incher offers either a GeForce GTX 1660 Ti Max-Q or an Nvidia Quadro RTX 3000 Max-Q. The last option will appeal to digital artists whose work involves significant video editing and rendering.

The Surface Book 3 has two batteries, one in the keyboard base and one beneath the display. When the base is connected, Microsoft estimates that the 13.5-inch version will last for 15.5 hours, while the larger model will last for up to 17.5 hours.

Microsoft is also launching new peripherals to go with the new Surface devices. The $199 Surface Earbuds set their sights squarely on the Apple AirPods, with up to 24 hours of battery life, an included wireless charging case, and touch capabilities. You can swipe up and down to change volume, double-tap to pause or take a call, and even swipe to advance slides in Microsoft PowerPoint. 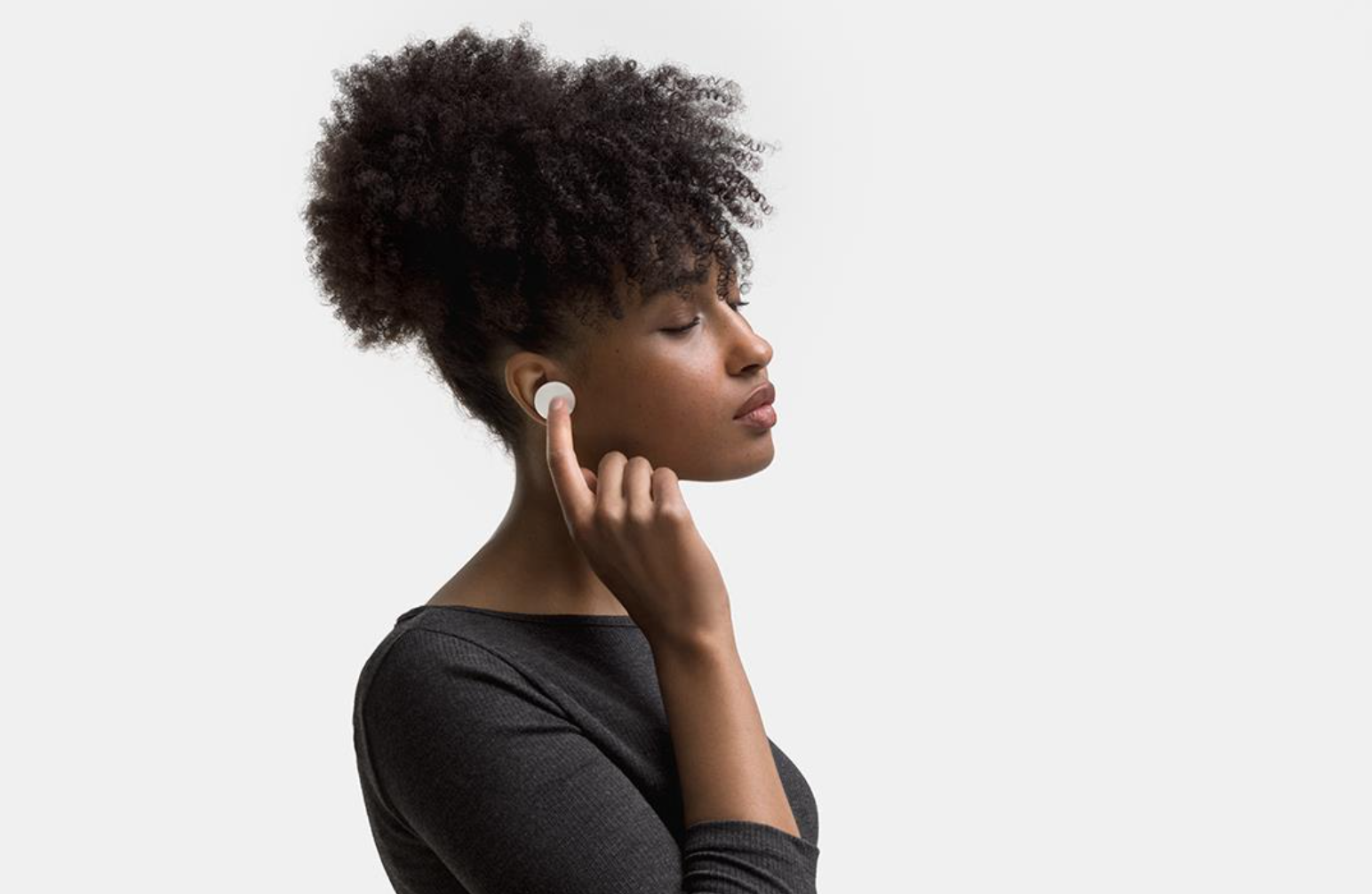 Originally announced last fall, the Surface Earbuds were delayed while Microsoft fixed design flaws. The earbuds were originally projected to last for just eight hours and cost $249. Despite the delay and the improvements, they still lack noise cancellation, something offered by Apple’s AirPods Pro.

Microsoft also announced the updated $249 Surface Headphones 2, with redesigned ear cup and a new black color option. The headphones and earbuds will both be available May 12.

Other new peripherals include an updated Surface Dock 2 and USB-C hub, which expand the limited connectivity options of the Surface tablets. The Surface Dock 2 costs an eyebrow-raising $260, while the USB-C hub is $100.

Meanwhile, updated keyboards and mice for desktop use include new versions of the Microsoft Bluetooth Desktop set and Microsoft Ergonomic Desktop set.