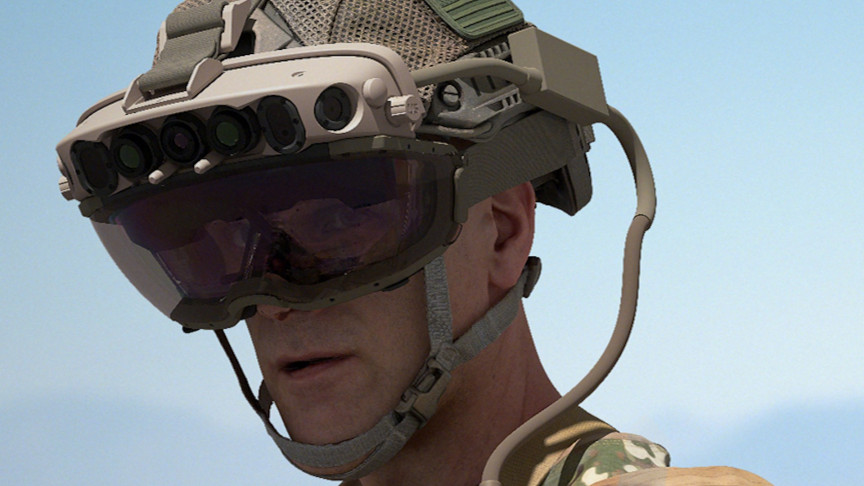 This award shifts the augmented reality (AR) headset’s prototyping stage across to the manufacturing and rapid fielding one.

Based on Microsoft’s HoloLens AR headset, the IVAS will provide the Close Combat Force (CCF) with next-generation night vision and situational awareness capabilities at the speed of relevance. Moreover, it’ll enhance information sharing and decision-making across a number of scenarios.

Soldiers will be kept safer and will become even more effective, says Microsoft.

What IVAS will do

As the Army states, the IVAS bundles a number of technologies into just one space, which allows soldiers to fight, rehearse, and train on one platform.

The tech builds upon existing capabilities like high-resolution night vision, thermal and soldier-borne sensors, and information, blending them all into one headset. This will hugely assist soldiers’ situational awareness, target engagement, and informed decision-making capabilities.

The hope is to be better than any adversary.

By incorporating AR and machine learning, the system enables a life-like training environment so the CCF can rehearse safely and accurately.

The Army and Microsoft contract

The contract could be worth up to $21.88 billion over 10 years, a Microsoft spokesperson told CNBC. Within this contract, Microsoft is due to deliver over 120,000 HoloLens-based AR headsets.

This new award follows on from Microsoft’s contract from the Army in 2018 that awarded the tech company $480 million to create prototypes of the IVAS.

Microsoft’s regular HoloLens headset, which typically costs $3,500, lets people see holograms placed across their real environment, and enables them to interact using their hands and voice.

Combining this technology with enhanced warfare tactics will turn the headset into a useful, and deadly tool for the Army.