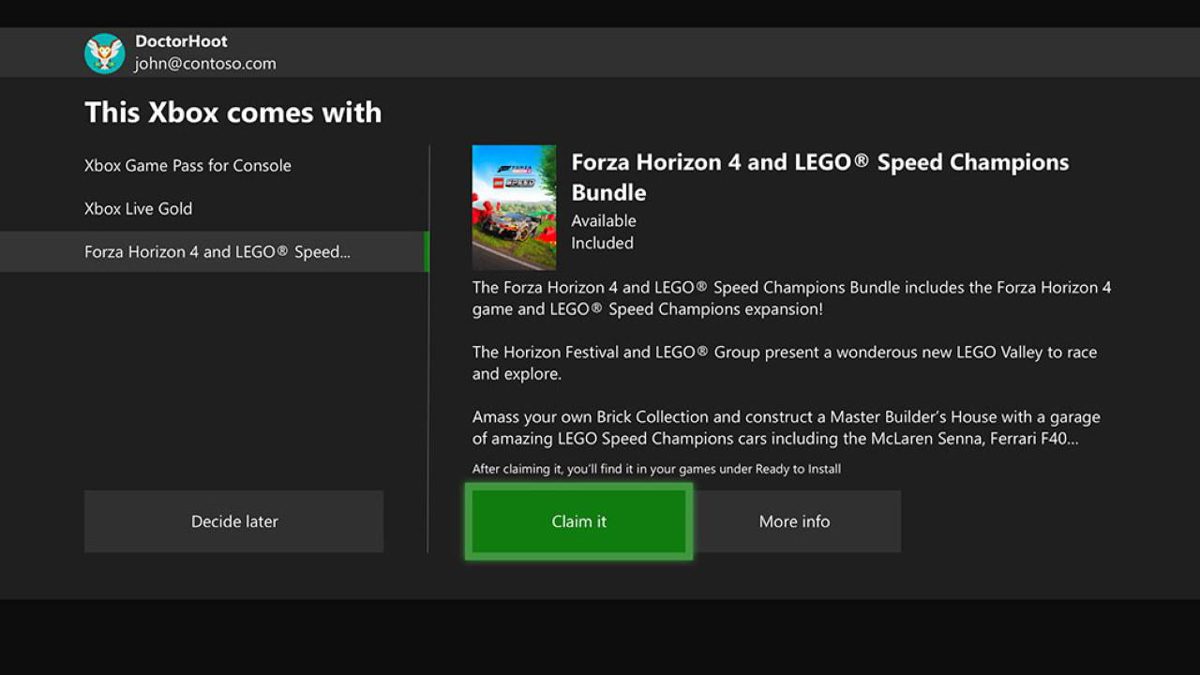 Nobody enjoys entering long codes, and it’s especially tedious when the method of input is a gaming controller, so Microsoft decided to get rid of codes completely for Xbox owners.

As Polygon reports, until now, any content that Microsoft packaged with a new Xbox console required entering a 25-digit code for each one. Be that included games, exclusive content (e.g. DLC packs), or subscriptions. It extended the setup process and meant actually enjoying your new console took longer than it really needed to. Digital Direct solves the problem.

Rather than codes, content and subscriptions are now directly delivered to each console and redeemed to the associated Microsoft Account. Microsoft explains, “During the Setup Process for your new console, the content and service offers attached to the console will appear to redeem. Click ‘Claim it’ to redeem each item. Once redeemed, your content can be found in your digital library under My Games & Apps.”

It’s possible to skip redemption on initial setup and do it later. On the Account menu you’ll find an option called “Included with this Xbox” where redemption can be triggered. It’s important to keep in mind which account is active on the Xbox when carrying out the redemption as that’s the account the content will be associated with.

By getting rid of codes, Microsoft isn’t just streamlining the process for gamers, it’s also removing a way for such content to be shared or sold on one of the many third-party marketplaces. As Polygon points out, it also makes it easier for new Xbox owners to try out Xbox Live and Xbox Game Pass, both of which are key to Microsoft’s gaming strategy.