Microsoft Has Finally Agreed to Comply With the Right to Repair 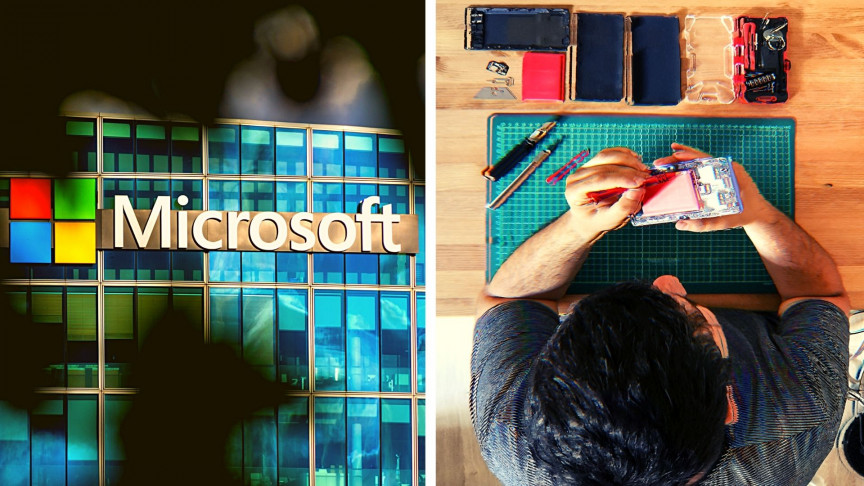 Microsoft has committed to enabling customers to repair the products it sells, according to an initial report from Grist. Incredibly, the company will also investigate the environmental effects of allowing right-to-repair, and take action on its findings by the end of 2022.

This could change the way we relate to modern hardware and software technology, which is typically a black box for consumers, on a fundamental level.

It turns out, we can resist planned obsolescence, after all.

The new declaration came from a shareholder resolution filed in 2021 that instructed Microsoft to seriously analyze the environmental impact of trying to make its products less of a black box and easier to repair, which is part of a wider right-to-repair movement — a collection of ideas campaigning to give consumers more control of device ownership, repair, and a greater ability to maintain the devices they purchased. The shareholders who wrote the demand partnered with As You Sow, a non-profit that emphasizes the advocacy of shareholders, helping them strategize ways to increase the pressure on Microsoft.

“This is an encouraging step by Microsoft to respond to the upswell of federal and state activity in the right to repair movement,” said Waste Program Coordinator Kelly McBee of As You Sow, in a recent press release. “Excitingly, this agreement will begin to allow consumers to repair their Microsoft devices outside the limited network of authorized repair shops.” The non-profit consented to withdraw the shareholder resolution on Monday, in exchange for Microsoft committing to “complete a third-party study evaluating the environmental and social impacts associated with increasing consumer access to repair and determine new mechanisms to increase access to repair, including for Surface devices and Xbox consoles, expand the availability of certain parts and repair documentation beyond Microsoft’s Authorized Service Provider network, and initiate new mechanisms to enable and facilitate local repair options for consumers.”

This is the latest in several critical victories for the right-to-repair movement in the last year. People feel rightly entitled to fix their own devices, and we’re finally seeing firms and politicians respond to this demand. The European Union attempted to standardize phone chargers, and a recent executive order from Biden anticipated events in the right-to-repair space. Additionally, the FCC officially declared that people should have the right to fix their own things. This marks the first time a U.S. manufacturer has explicitly promised to alter its repair policies from investor pressure. And there might be more in store for the right-to-repair frontlines.

Earlier this month, a mutual fund company called Green Century that emphasizes eco-friendly investing, filed two right-to-repair resolutions not unlike the one lodged against Microsoft, only directed at Apple and Deere & Co., which manufactures agricultural equipment like the popular John Deere tractor, according to the Grist report. The three resolutions lodged this year constitute a new front in the struggle for the right-to-repair, and it links private firms’ environmental responsibilities to their policies surrounding repair policies. Shareholder organizations are leading the fight, and have seen positive results while pushing companies to show greater transparency in their policies surrounding climate change. We can hope this kind of progress gains traction.