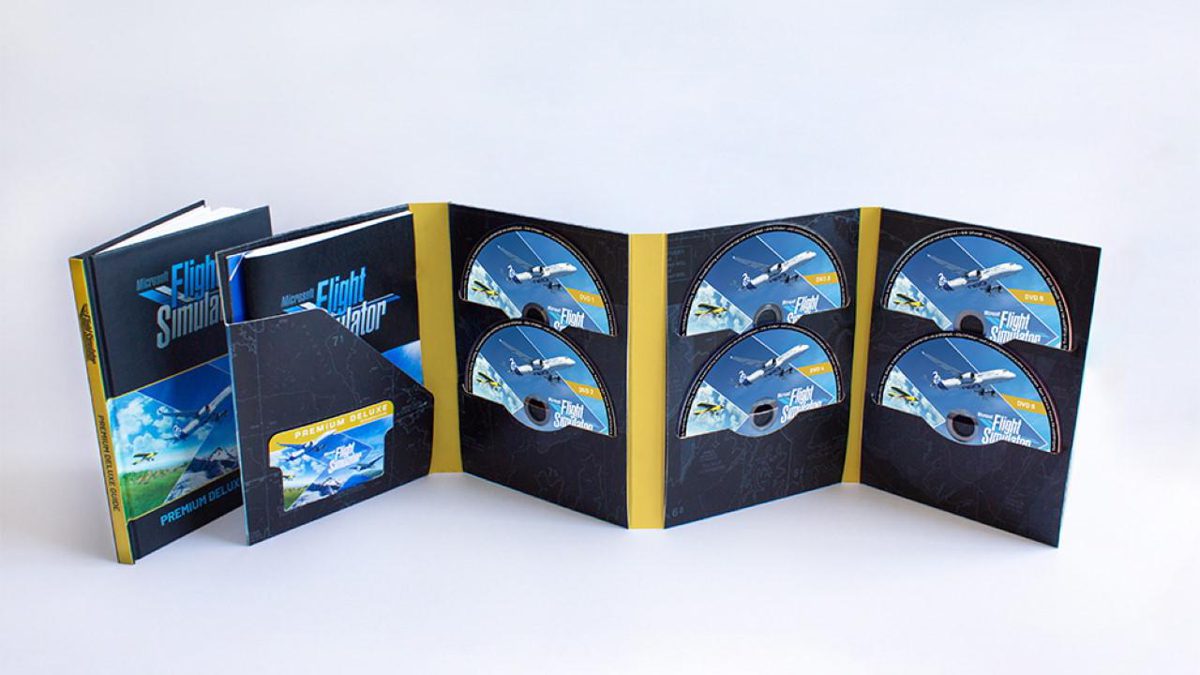 Slowly but surely, the gaming world has embraced digital games, and none more quickly than PC games. However, Microsoft has decided to offer the latest entry in the Flight Simulator series as a physical game alongside the multiple digital versions. The result? A game requiring 10 DVDs and a lot of disc swapping during installation.

Microsoft Flight Simulator launches on Aug. 18, and will be available in three digital editions (Standard, Deluxe, and Premium Deluxe) as well as a physical release for Europe available through Aerosoft. As Eurogamer reports, Aerosoft forum administrator Mathijs Kok has since confirmed there will be two physical versions of the game available, “Including 10 (!) double-layer DVDs and a printed manual in a spectacular box, it is an ideal way of entering the new age of flight simulation.”

Kok also posted a photo of the boxed version, which you can see above. He points out this is a way of getting the game files without having to wait for them to download, which depending on your connection speed may be preferable. According to Aerosoft, the game is roughly 90GB in size, hence the need for so many discs.

Those with slow internet connections and collector’s will be the core audience for the physical edition, but this release also acts as a reminder of how PC gaming used to be. Eurogamer points out 10 DVDs may actually be a record. Everquest 2 shipped on nine DVDs back in 2004. Has there been a PC game that’s shipped on more DVDs? if not, then Microsoft Flight Simulator could end up holding the record forever.