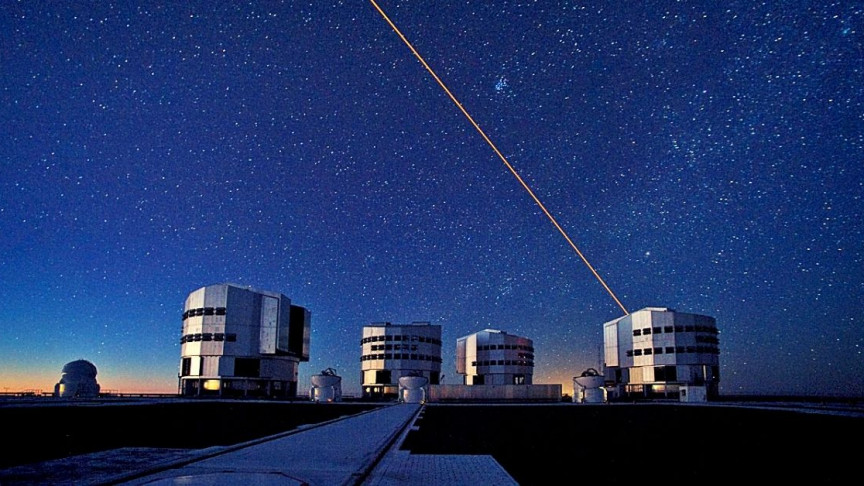 The European Organization for Astronomical Research in the Southern Hemisphere (ESO) and Microsoft recently announced a new joint three-pronged project to leverage AI and potentially revolutionize astronomy, according to a blog post on Microsoft’s official website.

The first project is called Turbulence Nowcasting, which will make real-time weather and atmospheric forecasts, enabling astronomers to more efficiently decide whether weather conditions favor one mode of observations over another.

Next up is Anomaly Detection — which will assist in calibrating images taken with ESO’s instruments. In the place of visual inspections, machine learning algorithms will carry out automatic inspection.

Third on the AI itinerary is Adaptive/Predictive Control on adaptive optics — an applied technique enabling astronomers to make real-time corrections on distortions stemming from turbulence in the Earth’s atmosphere. This will make ground-based images nearly as sharp as those taken in the depths of space, according to the blog post.

Microsoft plans to allocate resources from Microsoft Research — the company’s proprietary research division and AI specialist asset — to analyze large volumes of data from Earth’s atmosphere. Additionally, the mega-corporation will donate more resources from its Cloud and AI platform — an equivalent value of $3 million dollars, according to the company’s blog post.

This partnership took seed in 2019 when Microsoft’s President Brad Smith met with officials of the ESO Paranal Observatory — located in Región de Antofagasta, in northeastern Chile.

“Astronomy is also facing a digital transformation. We must adopt the concepts of Industry 4.0, an important factor to understand in the future [considering] the complexity of the operations of a revolutionary telescope such as ESO’s ELT,” said the ESO Representative in Chile, Claudio Melo. “Thanks to this alliance, we will learn to face complex problems in a state-of-the-art observatory such as Paranal.”

“At the same time, we want to pass on what our colleagues have learned to the local community through companies and universities in Chile,” added Melo, in the blog post.

All of the new AI initiatives began as proofs of concept under EY-Metric Arts — Microsoft’s partner in Chile — which along with its team specialized in AI helped this technology take its initial steps forward.

“As EY Chile, we see a great space for cloud and AI technologies to strongly impact the current astronomical operation, in order to lay the foundations for the astronomical operations of the future,” said Patricio Cofre, a partner at EY Chile. “We also see a huge opportunity to take advantage of these pioneering initiatives, to link local talent and test solutions that can eventually be transferred to other industries.”

Astronomy has experienced a major renaissance in the last several decades as an increasingly popular and mainstream scientific field — thanks not only to the rapid discovery of thousands of exoplanets, but also to new and forthcoming space-based telescopes specializing in everything from cosmology, to cataloging all visible galaxies to the atmosphere of potentially habitable exoplanets.

However, with the help of AI and companies like Microsoft, Earth-bound observatories are beginning to overcome the fuzzy lens of our atmosphere — bringing everyone on the planet closer to the mysteries of deep space.