Microgravity Experiments on ISS Bring Us Closer to Moonbase 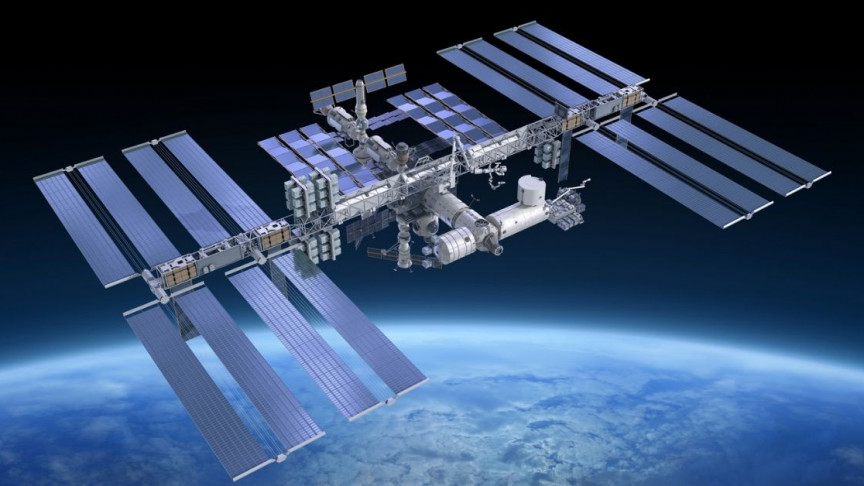 IE decided to attend the “Research and Technology Development in Space” presentation at the Consumer Electronics Show 2021 (CES) at the last minute. We expected to see a bunch of guys with crewcuts and pocket protectors, but instead, it was an all-woman panel.

Stoudemire spoke about her company’s experiments that are currently being conducted within the microgravity environment onboard the International Space Station (ISS). This year, the ISS celebrated 20 years of continuous habitation. Space Tango’s automated systems allow experiments, such as cell cultures, to be monitored 24/7 and to respond to commands from the ground.

Space Tango currently has a muscle tissue experiment going on onboard the ISS, as well as experiments in manufacturing in microgravity.

Coderre spoke about Lockheed Martin’s tests that are being conducted starting this week onboard the ISS for their new AstroRad radiation shielding vest. Created along with Israeli company StemRad, the AstroRad vest shields organs that are most sensitive to radiation exposure, which could lead to cancer.

The astronauts onboard the ISS are conducting ergonomic experiments on the vest to ensure that it is comfortable and that it allows them to do their work. The ISS is in low-earth orbit, 250 miles (402 km) above the Earth, and that means that it is shielded from a great deal of space radiation. However, astronauts going on the upcoming Artemis Mission to the Moon won’t have that shielding.

Space Tango is a relatively new company, having sent its first payload to the ISS in 2017. So far, they have sent experiments on 18 missions, with a focus on biomedical and technology-related products manufacturing. Microgravity changes the physical and biological characteristics of substances, and it opens up the possibility of creating truly transformative products

Both Coderre and Stoudemire view the ISS as a stepping stone to the exploration of the Moon and the solar system. The Artemis Missions will require people to go into deep space for longer periods of time, and the AstroRad Vest will allow them to stay longer and to fly more missions.

The commercialization of space

Currently, commercialization of space is happening, with commercial crew missions and commercial resupply missions by companies such as SpaceX. New infrastructure is being put into place to leverage this new space economy.

Increasingly, smaller businesses are entering the space market. They are developing products in space that can be brought back to Earth. Companies that are looking to manufacture onboard the space station include LambdaVision, which hopes to restore patients’ vision by creating an artificial retina on orbit. Microgravity ensures a uniformity that can’t be achieved on Earth.

Serena Aunon-Chancellor was part of the ISS crew in 2018, and she spent a total of 197 days in space. A medical doctor, Aunon-Chancellor conducted experiments in biology, and she spoke about the amount of science being conducted onboard the ISS, which has only increased over the last 10 years.

Experiments are being conducted in the areas of cell science, physics, and materials science, with specific experiments into Parkinson’s disease, cancer, and chemotherapy agents. The astronauts looked at the cells forming a tumor’s blood supply, and protein structures. Cells in space grow differently than those on the ground.

Aunon-Chancellor also described the amount of exercise, over two hours per day, that astronauts have to do in order to keep their muscles from atrophying and to prevent bone loss.

What has been the effect of COVID on space?

Aunon-Chancellor said that both NASA and the Russian space agency Roscosmos have continued on in spite of COVID. In fact, two SpaceX missions have been flown from U.S. soil. To address COVID, NASA has instituted new quarantine plans, they have disinfected cargo being delivered to the ISS, and they have looked into food safety.

Responding to a question from Crane on how NASA has evolved regarding gender diversity, Aunon-Chancellor responded that recent astronaut classes look a lot different than older classes in that they have more women members. Both Coderre and Stoudemire said that space is more inclusive than ever before, with a lot more diversity.

The sky is no longer the limit

For the women on this panel, the sky truly is no longer the limit. They advised everyone, and especially women, to dream big and to reach for the stars.