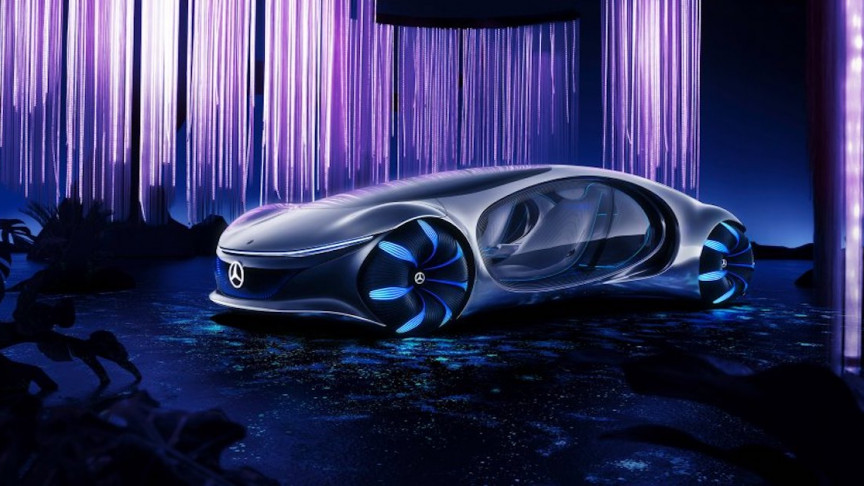 Mercedes-Benz has publicly shared some insane footage of its Avatar-based futuristic vehicle, the VISION AVTR.

The car concept was unveiled by the German automaker earlier this year, and now it’s actually released footage of its prototype driving on a road. It seems too good to be true, but it’s here for all to see.

You’ll quickly notice that Mercedes’ VISION AVTR project is based on the sci-fi movie, Avatar. The colors match, it has a ‘touch and go’ mechanism to kick-start the vehicle, and, quite frankly, you could easily picture this prototype in the movie.

In the movie Avatar, the Na’vi use parts of their bodies to connect with their Banshees. In a similar way, you ‘merge’ with the new Mercedes vehicle, too.

However, it’s slightly different for us humans as there won’t be any real need to physically ‘merge’ any of our body parts with the concept car, unlike the Na’vi. Instead, the prototype sports a sensor in its center upon which the driver places their hand. The car then comes to life as it “recognizes the driver by his or her heartbeat or breathing,” per Mercedes-Benz.

“Instead of a conventional steering wheel, the multifunctional control element in the center console allows human and machine to merge,” continued the automaker.

Naturally, this isn’t road-safe quite yet, so it’s all still conceptual and avataresque, but still insanely cool.

As for the prototype’s performance, its combined engine power can create over 350 kW — a new benchmark for EQ power. Furthermore, “For the first time, the revolutionary battery technology is based on graphene-based organic cell chemistry and thus completely eliminates rare, toxic, and expensive earths such as metals,” explained Mercedes-Benz.

As if that wasn’t enough, the car can be fully charged in just 15 minutes. And in order to be extra sustainable, the — hopefully upcoming — VISION AVTR’s “energy supply is provided by the cached current of the integrated solar plates on the back of the VISION AVTR. The 33 multi-directionally movable surface elements act as ‘bionic flaps,'” per the automaker.

It’s certainly an inspiration that allows your mind to dream, but don’t just read about it, take a look for yourself and enter dreamland, too: