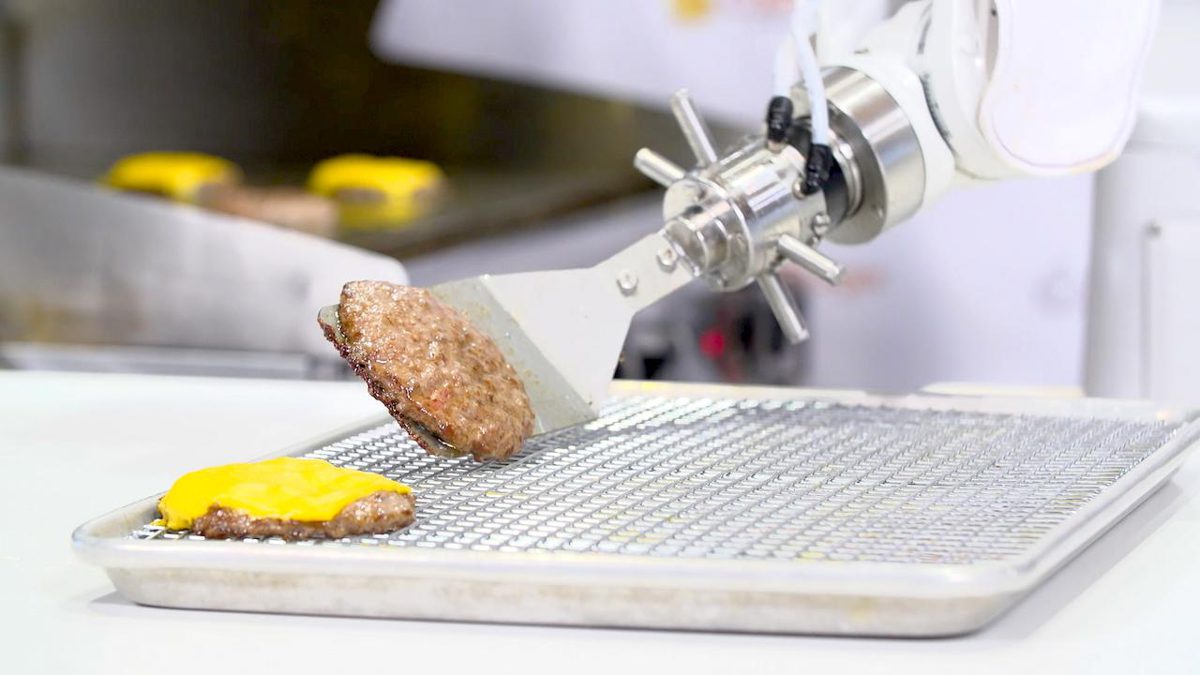 Move over human grill cooks, White Castle is teaming up with Miso Robotics to test an automated sous-chef. The aptly named Flippy—an AI-enabled kitchen assistant—is set to join the staff at a Chicago-area burger joint for a trial run that could usher in a new era of robot hash slingers.

Since its unveiling in 2018, Flippy has cooked more than 40,000 pounds of fried food—including 9,000 sandwiches at LA’s Dodger Stadium, the Arizona Diamondbacks’ Chase Field, and two CaliBurger locations, where it works alongside humans to increase productivity and consistency.

“I think automation is here to stay and this is the first example of a really large credible player starting down that journey,” Miso Robotics CEO Buck Jordan told TechCrunch of the White Castle collab. Engineers are working to install the latest version of Flippy at an undisclosed location in Chicago, where the mechanical fry cook will be integrated into the restaurant’s point-of-sale system, allowing it to get to work as soon as an order is placed. Customers in the Windy City can keep an eye out for Flippy starting in September.

Miso’s standard billing practice—$30,000 upfront plus $15,000 per year—does not apply to White Castle, according to TechCrunch, which reported different (though undisclosed) terms for this pilot. Jordan wants to sell the entire system for only $15,000, with the added bonus that Flippy essentially pays for itself (and doesn’t eat any of its own product).

“It’s going to save us money in food costs because there will be less waste. The other savings will be in terms of output,” Jamie Richardson, White Castle’s VP of shareholder relations, said in a statement to TechCrunch. “That’s where we see it having the biggest impact.”

Faster service means more patrons, he explained, which, in the long run, means more money. But employees don’t need to fear for their jobs (yet). According to Richardson, the chain is “not looking at this as a way to reduce people power.” Rather, it allows team members to turn their attention to other customer-service tasks.