Mars Is Safe for Humans, But Only for Four-Year Missions 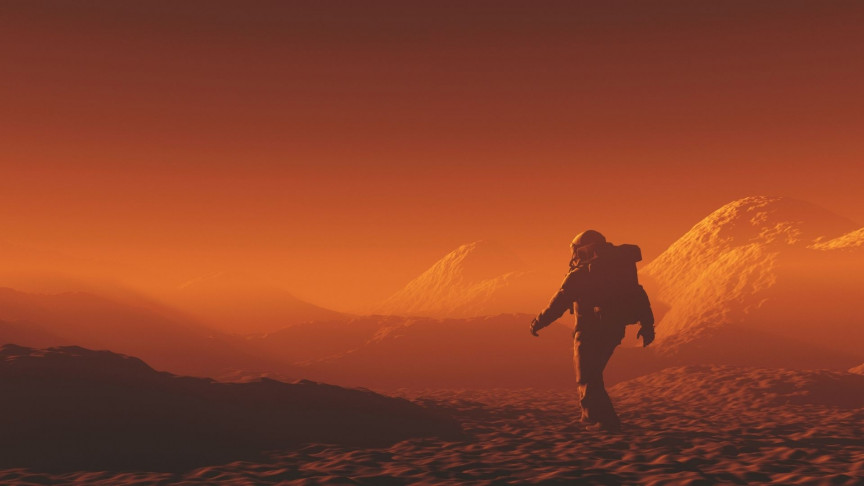 A new paper written by an international group of space scientists details the threat of particle radiation on future human colonists of Mars. The findings, which serve as a guide for future missions, show that more than four years on the Red Planet would exceed safe exposure to radiation for humans, a press release from UCLA explains.

One of the many great risks to future human Mars explorers comes in the form of particle radiation from the Sun as well as distant stars and galaxies. Though humans are usually protected from such radiation by the Earth’s magnetosphere, traveling into space for long periods makes astronauts vulnerable to it.

The researchers explain that a Mars mission longer than four years long would expose astronauts to dangerously high levels of radiation, the majority of which would come from outside our solar system. To reach their findings, the team from UCLA, MIT, Moscow’s Skolkovo Institute of Science and Technology, and GFZ Potsdam combined geophysical models of particle radiation with models of the effects of radiation on humans and on spacecraft.

The Sun can protect future Mars astronauts from the worst radiation

The new study, published in the journal Space Weather, gives precise indicators for how a future mission to Mars should be timed. With sufficient shielding on the Mars-bound spacecraft, a human Mars mission should be shorter than four years to keep the astronauts safe, the study says. What’s more, the mission should launch from Earth during the solar maximum, the time at which solar activity is at its peak. This is because the most dangerous particles from distant galaxies are deflected by the increased solar activity.

As a crewed spaceflight to Mars is expected to take approximately nine months with existing technologies, it would be possible to send humans to Mars and back in less than two years, Yuri Shprits, a UCLA research geophysicist and co-author of the paper says. “This study shows that while space radiation imposes strict limitations on how heavy the spacecraft can be and the time of launch, and it presents technological difficulties for human missions to Mars, such a mission is viable,” Shprits explained. With China having announced in June that it aims to send the first humans to Mars in the 2030s, and SpaceX racing to conduct the maiden voyage of its now fully assembled Mars-bound Starship, the new study will help space agencies to decide the exact timeframe for their Mars missions. Alongside the recent identification of possible landing sites on Mars, the finer details of these first missions are coming together and bringing us ever closer to becoming a spacefaring civilization.