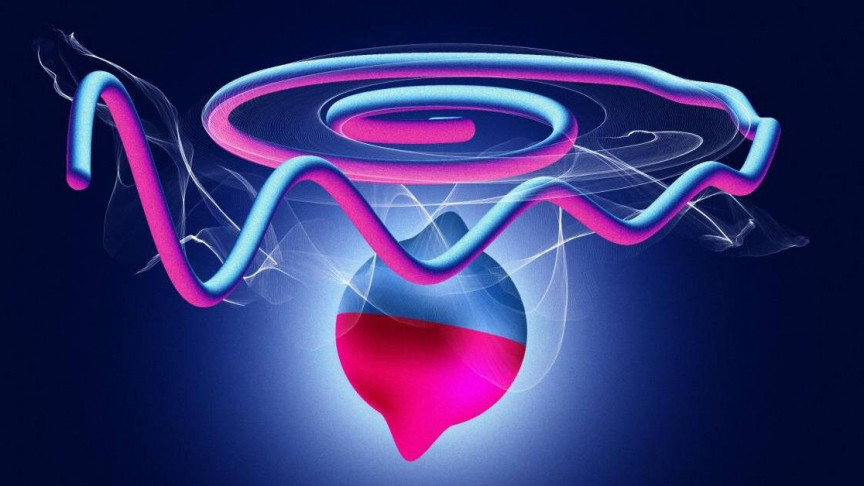 A team of scientists led by the Italian physicist Stefano Bonetti, professor at Ca’ Foscari University of Venice and the Stockholm University, has observed for the first time ever the nutation of magnetic material, according to a press release. A nutation is the rocking, swaying, or nodding movement in the axis of rotation of a largely axially symmetric object.

The motion, when occurring in the spin of electrons, allows information to be encoded in media and hard disks. The measurement of the oscillation of these electrons’ axis during precession was of the order of one picosecond, one-thousandth of a billionth of a second, but that does not mean it doesn’t have powerful implications.

The new achievement might serve to make digital technologies better, in other words, more compact but faster and more efficient.

“This is the first direct and experimental evidence of the inertial movements of magnetic spins,” explained Bonetti in the release, “with implications that affect, for example, data centers that store almost all of humanity’s digital information in bits with the north pole up or down, thus encoding the computer 0s and 1s. When these spins are reversed to write information, precession and nutation also come into play. Knowing the nutation period becomes essential as the rotation speed increases. This first observation of these movements paves the way for new technologies to improve the efficiency of our digital activities, which, among all human activities, are recording the highest increase in energy consumption.”

The experiment saw a few European scientific laboratories join forces including Germany’s Helmholtz-Zentrum Dresden-Rossendorf, Chemnitz University of Technology, University of Duisburg-Essen, German Aerospace Center (DLR), TU Berlin, France’s École Polytechnique and Italy’s Federico II University of Naples and ‘Parthenope’ University of Naples. To ensure the reliability of the measurements, the scientists undertook them three times over the course of a year.

Bonetti also added that after a few years of experiments the machine began operating at a very high performance making it easier to conduct more accurate and precise experiments. The study was recently published in Nature Physics.