Machine Learning Can Be the Future of Dyslexia Diagnosis 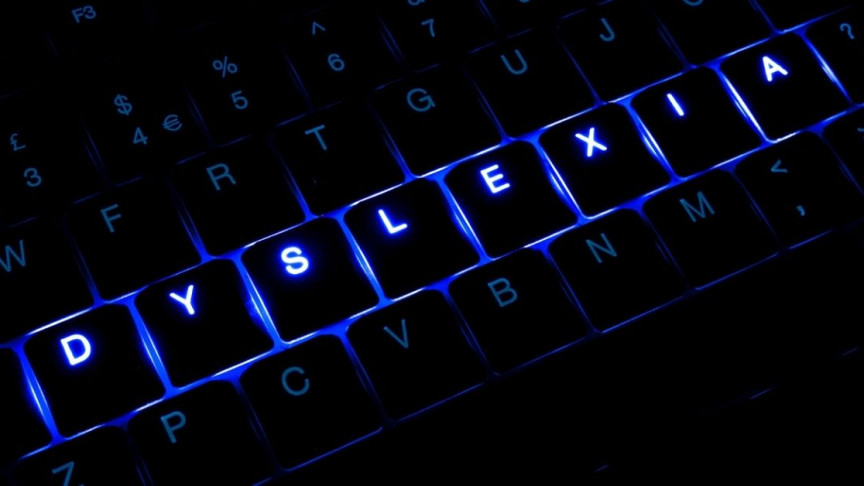 Dyslexia is a congenital disorder that, according to some sources, affects about 5 to 16% of the population. Left undiagnosed or unaddressed, this condition can seriously impact a person’s quality of life.

While the condition has certain treatment options that address the issue with varying degrees of success, it is not completely curable and can seriously affect a person’s opportunities in life if serious enough. To this end, it is critical to identify potential dyslexics as soon as possible to help provide the support they need to get the most out of formal educational programs.

While there are some very robust and mature diagnostic tests currently available, they rely on the skill and experience of trained experts in the field to carry out. Could there be a way to automate the process using tools like machine learning? Could such systems prove to be more accurate and expedient in identifying potential dyslexics?

How is dyslexia detected?

Dyslexia is a learning disorder that primarily affects a person’s ability to read and write. It is estimated that around 5 to 10% of Americans show signs of dyslexia, with symptoms including being slow to learn how to read, difficulty spelling, or mixing up words.

At present, there is no single definitive test used to diagnose dyslexia. However, according to Mayo Clinic, several factors are considered that may strongly indicate a problem.

The condition is usually diagnosed through a series of memory, visual, speaking, and reading skills tests. It is important to understand that dyslexia is a distinctly different condition from learning difficulties associated with hearing or visual impairments or with types of learning disabilities.

Tests for dyslexia usually include, but are not limited to:

Experts are not exactly sure, but the majority view at present is that it is likely genetic, and sufferers are born with it. This is why the issue often runs in families.

For example. you are more likely to have dyslexia yourself if your parents, or siblings, or other family members do.

For example, functional magnetic resonance imaging (fMRI) and positron emission tomography (PET) scans have shown that the parts of the brain associated with language processing show less electrical activity than non-dyslexics. Some other studies have also shown physiological differences in the same parts of the brain such as ectopias, vascular micro-malformations, and microgyrus.

When a person is learning to read, they must first determine what sound a particular letter makes (phonics). Anyone who has taught children to read knows this very well.

They must then learn to be able to connect the sounds in order to form words. Young learners will then need to make the connection between the words and what they actually mean or refer to.

While it quite literally comes naturally to most of us, dyslexic people have a very hard time with parts or all of this process. Their brains appear to struggle to make the connection between the letters they see and the sounds they are meant to represent.

For someone with dyslexia, the word “cat” might read as “tac”, for example. Because of simple mixups like this, reading can be a very laborious exercise for dyslexics.

To make things more complicated, dyslexia is often a different experience for each sufferer. Some have mild forms and can eventually overcome them with a little more effort.

Others, on the other hand, can have a really hard time with their disorder.

Machine learning is an amazingly powerful tool. Its main benefit over some other analytical or predictive tools is its ability to process huge datasets far faster, and more efficiently than human researchers could manage.

Machine learning uses computer algorithms that can automatically improve their ability to analyze data through experience. It is a subset of artificial intelligence.

Machine learning algorithms essentially work by taking historical data, splitting it into two (or more) test groups, and building models to attempt to predict results. The two groups tend to consist of a training set used to build the model, and another set of data which is used to test the model’s assumptions against. Other statistical tools are then used to assess the accuracy of the model and help refine it.

Machine learning algorithms are very useful tools for tasks such as filtering emails or for computer vision applications, where it is difficult to use conventional algorithms to perform the needed tasks.

To this end, machine learning is being applied to various aspects of healthcare to help improve patient diagnosis, especially in the early stages of a disorder or disease. One prime example is the diagnosis of dyslexia.

By combining years of experience of experts in dyslexia diagnosis with the computing power of machine learning, researchers may be close to developing a means of detecting dyslexia with higher than typical success rates. By using many of the existing diagnostic techniques, machine learning algorithms are proving to be a very promising tool.

For example, one application developed by a research team at the University of Malaysia uses a machine learning tool consisting of three main components. The first is a pre-screening tool that can be used by experts, teachers, and parents to detect the potential that a subject is dyslexic.

The second component is a classification function that classifies patients into two groups; non-dyslexics and those suspected of suffering from dyslexia. The third and final module is a powerful analysis tool for dyslexia researchers.

The machine learning model showed promising results, indicating that in a data set of 257 students, 20.7% were suspected of possibly having dyslexia. This result was confirmed by dyslexia experts analyzing the same data set.

Another study has taken a different approach and used neural networks to analyze fMRI scans looking at brain activity data to identify the potential that a patient is suffering from dyslexia. This approach is also reinforced by similar research from the University of Amsterdam that uses machine learning to detect dyslexia from neuro-imaging scans.

Other research, like that of Spoon et al in 2019, developed a neural network system that used computer vision to classify handwriting samples and determine whether they are indicative of dyslexia. Their findings were confirmed by another study.

Yet another study, from the University of Indiana, proposes the use of neural networks to build a model that can successfully identify dyslexic children from historical data sets.

In fact, machine learning tools, and more specifically neural networks, are routinely tested and calibrated using stock data like sample handwriting from the MNIST database of handwritten digits. Interestingly, machine learning models can also have problems identifying letters and numbers using computer vision — notably differentiating between the numbers 4 and 9 when attempting to guess the true value of handwriting samples.

Though it should be noted that some people have some very ambiguous handwriting.

This is interesting as it offers us a glimpse into the inner workings of how the human brain learns to identify letters and numbers, makes associations with their meaning in human language, and then also learns to replicate them on cue. By further analyzing the similarities between how neural networks and real human brains function, insights into how we can detect, perhaps even correct, dyslexia in the future could be forthcoming.

Could technology, like machine learning, be used to treat or treat or even cure dyslexia?

Various technological learning tools can be used to help people who suffer from dyslexia overcome their learning issues. For example, an app called Speechify comes with a variety of useful tools that make learning to read a little bit easier.

Learners can pause, skip, and change the speed of lessons anytime they like. This makes the guided learning process more manageable and personalized to their specific needs and wants.

The app also makes use of AI algorithms that help further refine the learning process to match a particular learner’s abilities and progress.

Text to speech apps have also been around for a few years now. Other apps also exist to help people with sound literacy. One example is the Sound Literacy App.

Developed by a teacher, this app is not the most advanced, but it comes with many great features that could help people with dyslexia learn more efficiently. It specifically helps students learn sounds and, by extension, process words.

Another app, called Nessy, is also available to help students of all abilities to read, write, and spell. It comes with a special Dyslexia PD training program that is designed for teachers and tutors to help students who suffer from dyslexia get the most out of lessons.

Yet another app developed in Spain consists of two main components. The first is a diagnostic tool that helps screen users for tell-tale signs of dyslexia using a series of game-based assessments.

The second main component has been devised to help assist dyslexic learners through game-based learning programs.  To date, it can reliably identify potential dyslexics in less than 15 minutes — but only if they know Spanish.

These exercises are personalized to the child’s needs and strengths and target specific cognitive skills related to dyslexia.

With regards to machine learning, it is not clear how this tech can be used to help with known dyslexics. At present, machine learning and neural network technologies are being applied to the diagnostic side of dyslexia research rather than providing a means of support.

However, technology like those mentioned above is likely to become more robust and sophisticated in the years to come. While there may never be a cure for dyslexia, technology could eventually help dyslexics overcome the very serious challenges the condition puts them through when learning to read, write, and spell.

The future might be a bright one for dyslexics.