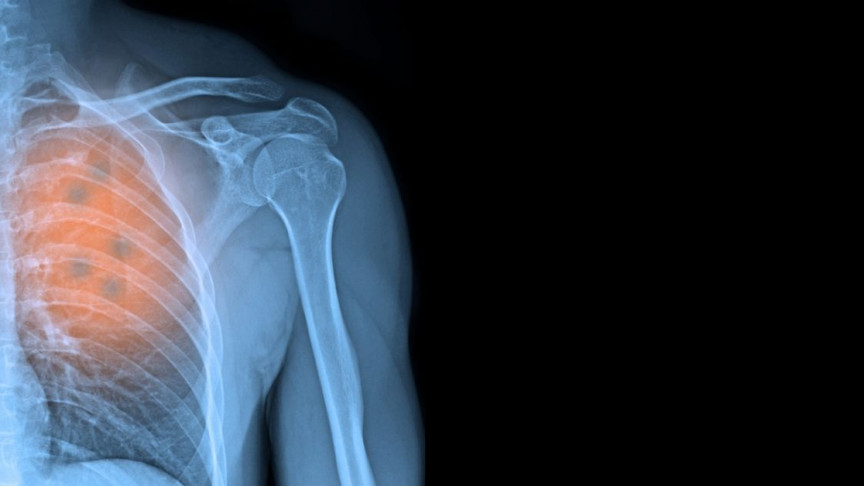 Using artificial intelligence (AI) algorithms has proven to be hugely beneficial across a number of industries, and the field of medicine is no stranger to it.

A new study carried out by the South Korean medical AI startup, Lunit, and the Massachusetts General Hospital (MGH) has discovered that using an AI algorithm the team created, lung cancer can be detected with high accuracy.

The AI algorithm is used as a second reader and picks out pulmonary nodules from chest radiographs.

The study was published in the journal JAMA Network Open on September 24th.

The results were clear: The AI algorithm’s sensitivity and specificity were respectively 94% and 83% when uncovering malignant pulmonary nodules. This makes the algorithm even higher in sensitivity than what radiologists from the NLST could find and shows how efficient the new AI system is when used as a second reader.

“Low-dose CT (computed tomography) is recommended for lung cancer screening because the detection of chest radiographs is challenging for radiologists due to its projectional nature of radiography,” explained Subba Digumarthy, senior author of the study and an attending thoracic radiologist at MGH.

The team is, naturally, proud of its creation as this hopefully means that more lives will be saved through earlier detection.

“Through this first collaboration with the MGH research team, we are happy to validate the generalizability and accuracy of our AI approach based on NLST data,” said Brandon Suh, CEO of Lunit.

“It is a meaningful study to show Lunit INSIGHT CXR can be utilized to diagnose cancer-related nodules and detect lung cancer in earlier stages,” he continued.

Lunit’s AI algorithm, Lunict INSIGHT CXR, is already clinically available in Europe and has been CE marked, which means it conforms with the health, safety, and environmental protection standards for products sold within the European Economic Area.

So far, it already analyzes over three million images in more than 80 countries and can detect 10 major chest diseases with an accuracy of 97% to 99%. And now, it may be used to help detect lung cancer as well.

“It is a meaningful study to show Lunit INSIGHT CXR can be utilized to diagnose cancer-related nodules and detect lung cancer in earlier stages,” said Suh.

Different AI algorithms are already being used to detect prostate cancer with near-perfect accuracy. However, some state that there are some risks when using these types of algorithms.