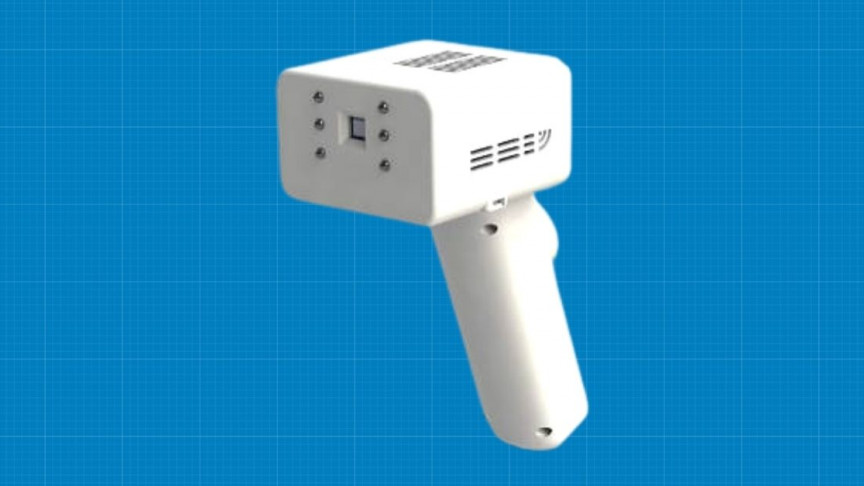 A group of Engineering students at LSU has developed a mobile device to aid non-specialists to autonomously diagnose skin lesions.

Not only will the device help make quick diagnoses for pediatric patients more accessible, it has potential applications for space: the project has gained the attention of NASA for its potential to help astronauts, the team explains in a press statement.

RELATED: THIS BATTERY-FREE GAMEBOY COULD BE A PRECURSOR FOR SPACE TECHNOLOGIES

Led by LSU Computer Engineering senior and Ogden Honors College student Brianna Robertson, the team from LSU has created a device particularly suited to our times. As well as its potential application in space, the machine could allow remote diagnosis without human contact, making it particularly valuable during a pandemic.

After the patient, or a professional, inputs patient information, they take a photo with the device which is run through a convolutional neural network (CNN) powered by an on-board NVIDIA graphic processing unit (GPU).

This GPU processes the images through a three-part neural network architecture, which includes an object detector, a Transfer Learning CNN, and a dense network for additional patient information.

Once completed, the patient’s diagnosis is displayed on the device itself, which looks somewhat like a speed camera. The details can also be transferred to a patient’s profile on an external computer.

In space, no one can hear you scratch

The technology could be extremely valuable on Earth, and even off it where specialized physicians are likely to be in short supply. The project has even garnered attention from NASA, the researchers say:

“NASA’s interest lies in using artificial intelligence for assisting in medical diagnoses,” Robertson explains. “For instance, if one of the astronauts becomes ill and the astronaut physician’s specialty is outside of the scope of the current ailments, AI can help enhance their diagnosing capabilities. As we move closer to Mars missions, there is a 30-minute delay between what happens on Mars and what we hear back on Earth.”

“So, if something were to happen that would have to do with medical ailments, leveraging AI technologies can prevent catastrophe,” Robertson continues.

After graduating in the fall of 2021, Robertson says she would love to eventually work for NASA. Seeing as she has already completed a co-op with them during her junior year, and her technology is on their radar, we would say she has a pretty good shot.