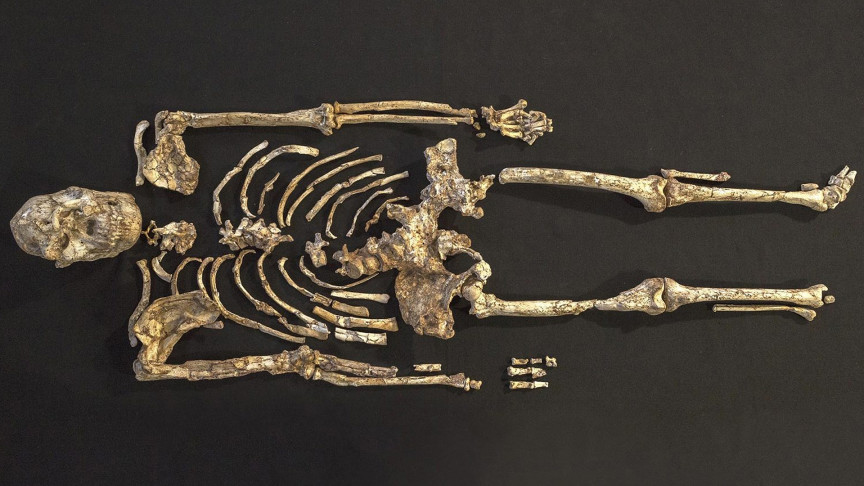 Researchers from the University of Southern California (USC) have analyzed the upper body of a 3.67 million-year-old fossil named Little Foot and the published findings offer insights into the time when humans split from apes, according to the study published in the Journal of Human Evolution.

The long-awaited analysis is based on the scientists’ achievement of clear images of the fossil. Little Foot is a rare, nearly complete Australopithecus fossil skeleton discovered in the cave system of Sterkfontein, South Africa in 1994, and in contrast to the widely known Lucy, it is older and more complete. Likely an old female, it stood about 4 feet tall with long legs suitable for bipedal motion, per a press release by the USC.

The name was given because the first bones recovered were a few small foot bones. The excavation of it from concrete-like rock took years, and high-tech analysis on its uniquely complete bones that are in good condition took just as much.

“Little Foot is the Rosetta stone for early human ancestors,” said Kristian J. Carlson, lead author of the study and associate professor of clinical integrative anatomical sciences at the Keck School of Medicine. “When we compare the shoulder assembly with living humans and apes, it shows that Little Foot’s shoulder was probably a good model of the shoulder of the common ancestor of humans and other African apes like chimpanzees and gorillas.”

The bones were examined using a technology that can detect minute features on the surface of an object, examine inside the bone, and generate a 3D model without harming the fossil called micro-CT scans.

Pinpointing the moment when humans and apes diverged

The team of scientists focused their research on the shoulder area, specifically collarbones, shoulder blades, and joints, which give clues to how an animal moves. Then, its shoulder area was compared to apes, hominins, and humans.

While the fossil’s other limbs, particularly legs, showed human-like features that could allow it to walk upright, its shoulders were distinctly ape-like and showed Little Foot was adapted to living in trees. Its supporting arms could allow it to suspend from branches, use its hands overhead to shoulder its weight, or go up and down trees.

“We see incontrovertible evidence in Little Foot that the arm of our ancestors at 3.67 million years ago was still being used to bear substantial weight during arboreal movements in trees for climbing or hanging beneath branches,” explained Carlson. “In fact, based on comparisons with living humans and apes, we propose that the shoulder morphology and function of Little Foot is a good model for that of the common ancestor of humans and chimpanzees 7 million to 8 million years ago.”

This could mean that the structural similarities in the shoulder area between humans and apes happened much more recently than what’s previously proposed.