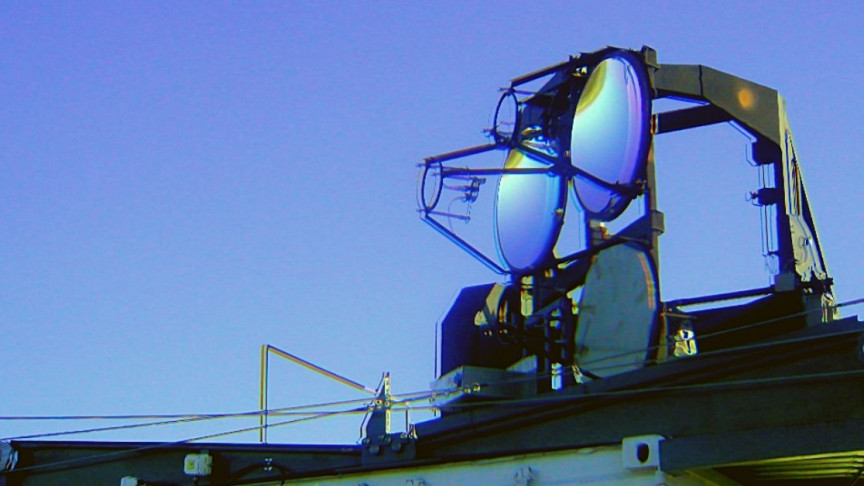 The ruins of great civilizations like the Maya and Aztecs have long intrigued the world, but recent discoveries — enhanced with the rapid advance of LiDAR technology — are opening new doors into the ancient past, according to an initial report from National Geographic.

This astounding technology is also making waves in multiple industries, including Apple’s iPad and iPhones — and autonomous cars. So strap in for a LiDAR tour-de-force.

RELATED: WHAT IS LiDAR TECHNOLOGY AND WHAT ARE ITS MAIN APPLICATIONS?

LiDAR, an acronym for “light detection and ranging”, measures distances (ranging) by illuminating a target with pulsed laser light, then measuring the time it takes for its reflection to reach a sensor. LiDAR cameras take pictures of distances rather than colors. Depending on the sensor used, LiDAR units can fire hundreds of thousands of light pulses per second. The measurements, or returns, are then processed into a 3D visualization known as a “point cloud”.

LiDAR can use visible or infrared light, although the most common LiDAR laser wavelengths are in the infrared spectrum at around 750 nm to 1500 nm. The laser light is reflected via backscattering, and besides being used to control autonomous vehicles, LiDAR is also being used to create high-resolution maps that are used for surveying, geography, archaeology, geology, seismology, and forestry.

The first LiDAR-like system was produced by the Hughes Aircraft Company in 1961, which was shortly after the invention of the laser. The first application of LiDAR was in 1963, when the U.S. military introduced its CoLiDAR Mark II, which was a rifle-like laser rangefinder used for targeting.

By the 1970s, the National Center for Atmospheric Research was using LiDAR to measure clouds and pollution, and during 1971, the Apollo 15 mission used a laser altimeter to map the surface of the moon.

Airborne LiDAR creates a 3D digital terrain model — which shows ground surfaces, such as rivers, roads, and buildings that would otherwise be concealed by vegetation. Aircraft mounted LiDAR can map terrain at a resolution of 12 inches (30 cm).

Peeling back the jungle

In December 2020, scientists at the University of Exeter announced the results of LiDAR scans of Brazil’s southern Acre State. The scans revealed 35 villages dating to between 1300 and 1700 CE that were hidden under the Amazon’s forest canopy. Each village contained up to 32 mounds where houses had once stood and which were laid out in a circle surrounding a central plaza. Even more astounding, each village was connected to the others through a network of roads.

Also in December 2020, a different team of archaeologists at the University of Exeter used airborne LiDAR to discover 66 Roman military sites dating to the 1st century BCE located in the Spanish provinces of León, Palencia, Burgos, and Cantabria.

The military sites ranged in size from a few hundred square meters to over 37 acres (15 hectares) and the sheer number of sites shows the size of the Roman force that was needed to conquer territories.

In 2018, LiDAR enabled archaeologists to discover over 60,000 man-made structures located in Guatemala’s Maya Biosphere Reserve, showing that up to 10 million people may have lived there.

In 2012, LiDAR was used to search the Honduran jungle for La Ciudad Blanca, or the “City of the Monkey God.” During a seven-day mapping period, the project found evidence of man-made structures. Also in 2012, LiDAR revealed that the Purépecha settlement of Angamuco in Michoacán, Mexico had as many buildings as are currently in Manhattan.

SEE ALSO: RESEARCHERS USE LiDAR TO FIND 60,000 MAYAN RUINS HIDDEN IN A JUNGLE

The first DARPA Grand Challenge was held on March 13, 2004, with autonomous vehicles attempting to drive from Barstow, California to Primm, Nevada. No vehicles completed the route, but in 2005, five vehicles successfully completed the 132-mile (212-km) course. Stanley finished in first place and earned the Stanford Racing Team a $2 million prize.

Besides LiDAR speed guns — which law enforcement uses to measure the speed of vehicles — crime scene investigators are also counted as stalwart LiDAR users. The professionals take LiDAR scans of crime scenes to document victims’ placement, along with weapons and blood-spatter evidence.

In March 2020, Apple announced its aims to include a LiDAR scanner in its iPad Pro. The new scanner can measure distances to objects in a radius of up to 5.5 yards (5 meters). In December 2020, Apple released the iPhone 12 series — all of which include a LiDAR sensor capable of “meshing” space and the objects within. This vastly expands the spectrum of possible augmented reality (AR) applications — arguably already an industry unto itself.

NASA has identified LiDAR as a key technology for enabling autonomous precision landings — for both robotic and crewed lunar-landing vehicles. Whether on the moon, the road, or in our homes, LiDAR is sure to play a crucial role in the future of visual science, beyond the optical.