LiDAR Technology – How Does It Work? 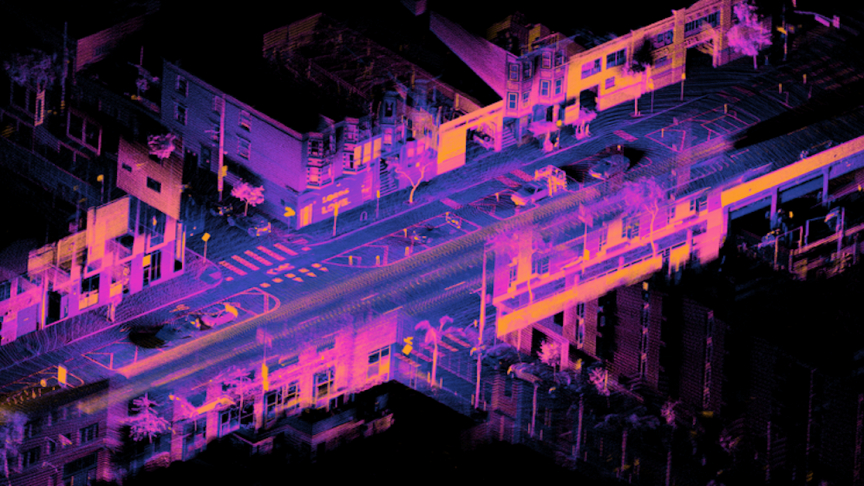 LiDAR, you might have heard the term, but you likely don’t know exactly how this important imaging and sensing technology works.

Short for Light Detection And Ranging, this technology utilizes pulsed lasers to accurately and constantly measure distances to a given target or area. LiDAR sensors are essentially light-based measurement and mapping tools that are incredibly useful in a variety of sectors.

But, while that brief introduction may be enough for some, it’s likely too short to really understand exactly what LiDAR is and how it can be used. Let’s take a closer look at everything you need to know about LiDAR technology.

Like I mentioned before, LiDAR is based around a pulsed laser beam. It’s an active and remote sensing technology that is generally used to map out environments and large areas. The way this pulsed laser technology works is essentially on the principle of time of flight.

Engineers know the speed of light, which means that by pulsing a laser and measuring how long it takes the light to get back to where it was shot from, you can determine how far away something is.

RELATED: TESLA SAYS IT USES A HARDER APPROACH TO SELF DRIVING FOR SCALABILITY REASONS

The underlying mathematics to LiDAR may be incredibly simple, but taking this principle from concept into reality is harder than it may seem.

The other aspect to LiDAR is that it not only can tell distance, but it can also determine an object’s optical characteristics, like reflectivity and absorption. This ultimately provides material data about an object in addition to how far away it is – perfect for mapping.

This data is collected then not through time, but rather the characteristics of the reflected beam upon its return.

LiDAR is fairly similar in sensing capabilities to radar and sonar technologies, it’s just far more precise. Radar struggles with plotting exact locations of objects and rather can just tell you a general area and movement. Sonar operates in much the same way.

LiDAR can map out visually what an object looks like. We can compare this to radar, something many of us might be familiar with from war movies. Rather than a blip on the screen, with LiDAR, we’d see the actual object, say a small boat or submarine, along with details of the object. The data LiDAR provides is known as a point cloud map of the object, and it is developed through thousands of individual laser measurements that are pulsed out of the sensor.

The beginnings of LiDAR and laser ranging date back to the 1960s and 70s, when the terrain was first starting to be digitally mapped and categorized. These first applications for early LiDAR were also able to develop highly accurate elevation and topographical data for different regions.

Early LiDAR devices were big and clunky, but today, LiDAR is getting smaller and more mobile. You might recognize LiDAR sensors as those spinning cylinders on top of self-driving cars. While those are still seemingly “large” the LiDAR sensors of the past were comparatively massive.

All this shrinkage comes at the hand of the miniaturization of electronics components and the improvement of laser diode technology. Artificial intelligence has also helped LiDAR technology as it is used to process the massive amounts of data the sensors collect, inferring a larger amount of detail, and extrapolating out more useful data.

It is important to note though that, unlike radar, LiDAR is a relatively short-range sensing technology. Most commercial LiDAR sensors are capable of sensing up to 100 meters, with more advanced ones capable of reaching 200 meters. However, the sensors collect so much data that ranges of too much more would require massive computing power. Each sensor shoots out hundreds of thousands of laser beams per second. Each one is then timed and analyzed to develop a highly accurate point cloud, as we discussed before.

What’s in a LiDAR sensor?

There are three main components to any given LiDAR sensor system: the transmitter, receiver, and detector.

All of these three different data collection and sensing systems work together to create a highly accurate point cloud output by LiDAR systems.

What is LiDAR best used for?

When you start thinking about all of the applications that would benefit from having highly accurate real-time environmental maps at their fingertips, the potential benefits are endless. From being able to pilot an autonomous vehicle to being able to study a racetrack in a simulator before a race, LiDAR can benefit any many industries.

Most commonly though, LiDAR systems are used for surveying, as they allow surveyors to collect point clouds in three dimensions. This enables a surveying crew to be able to scan a plot of land with incredible ease along with a high degree of precision.

LiDAR can also be used during the construction phase to create a digital twin of the worksite as it is being constructed. Construction managers are able to monitor and see the progress in real-time, as well as predict and sort out potential problems with fitting utilities along with other necessary construction components.

What kind of data do LiDAR systems collect?

While the short answer to the question posed in this subheading is “a lot of different types”, that likely isn’t the answer you were looking for. To avoid overwhelming you with the variety of types of data that is collected in LiDAR systems, let’s focus in on Intensity as a key component of LiDAR function.

Intensity is a data point collected for every point in the resultant LiDAR data cloud. The intensity for each point is the return strength of the laser pulse measured after it was reflected off the environment. Essentially, the intensity of the return pulse allows the device to determine the reflectivity of the object.

However, it’s a little bit more complicated than that. Range, receiver, and surface composition range, and incident angle are all factors that influence the intensity of the return beam. This is why it’s important for LiDAR systems to collect data like GPS and inertial data. Having this extra data allows the intensity data from the actual laser pulse to be interpreted correctly.

The last thing that we need to cover as we discuss LiDAR systems is all of the different types.

Like we mentioned before, LiDAR has historically been used both on land and in the air. These two uses lend themselves to the two main types of LiDAR systems, airborne and terrestrial LiDAR.

Airborne LiDAR is utilized through helicopters or drones for data collection. These types of systems direct their laser pulses towards the ground surface. There are ultimately two types of airborne LiDAR too, Topological and Bathymetric.

Terrestrial LiDAR is different from Airborne LiDAR in that these systems are installed on moving vehicles or on stationary tripods. These types of LiDAR systems are perfect for modeling and observing static topography. Within terrestrial LiDAR, there are actually two types, mobile and static.

You can likely already infer what the difference between these two types is, mobile being LiDAR systems installed on vehicles and static being those installed on tripods.

At this point, we’ve pretty much covered everything that a beginner or a casual onlooker would want to know about LiDAR technology. They’re highly complex devices that function on some pretty basic math which can be used to create some of the most accurate mapping data in all of the world.