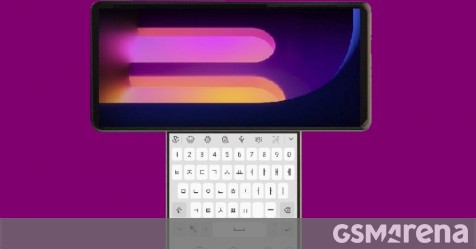 LG’s been offering a so-called Dual Screen accessory for its flagships for a while now, which is basically a case that also happens to add another display to your smartphone. However, it looks like the company is ready to once again experiment with an even crazier form factor.

Meet the LG Wing. This device is rumored to arrive before the end of the year. It has two screens, a main 6.8″ one that can be rotated to make the phone achieve a “T” form factor. That rotation also reveals the second, smaller, 4-inch display that until then was sitting pretty underneath part of the main one.

When ‘opened up to a T’, the Wing looks like what you can see in the newly leaked video above, although it’s technically sitting sideways in that car holder, as when opened the big screen should be in landscape.

It’s certainly an intriguing concept, even if we’re not quite sure about real-world use cases for this type of dual screen device. Sure, it looks nice in the video to be able to see your navigation and have a separate screen for media controls, but apps such as Google Maps and Waze already make controlling media possible without switching to your music player, so we’d have to see more compelling use cases to be convinced. Then again, we’re definitely giving LG points for thinking outside the box here.

The handset is said to be powered by the Snapdragon 765 or 765G, so it looks like LG’s sticking with the upper-midrange chipset like it did for the Velvet, and not going up to the Snapdragon 865 and its associated price increase. Hopefully that means the Wing won’t be crazy expensive.