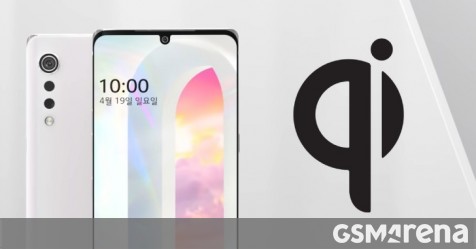 Details about the LG Velvet keep trickling in. The latest comes from the Wireless Power Consortium, which just certified the phone with support for wireless charging at up to 10W. Its a Power Class 0 receiver, a standard that supports power up to 30W, but thats usually reserved for high-end offerings.

And the Velvet is LGs attempt to revitalize its mid-range smartphone lineup. It created a new design language  the company is betting that it can differentiate its products on design rather than specs alone. 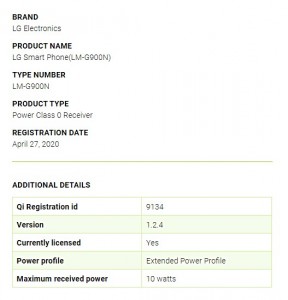 Speaking of specs, the phone will be powered by a Snapdragon 765G chipset and support the Dual Screen accessory similar to the G-series and V-series flagships.

LG published official images of the back of the phone, showing a triple camera. According to rumors, it will be composed of a 48MP main and 8MP ultrawide cameras as well as a 5MP depth sensor. The sensor in the notch will have 16MP resolution.

LG is yet to officially confirm this, but the Velvet phones will allegedly feature MIL-STD and IP68 ratings. The new mid-ranger series will be made official on May 7.