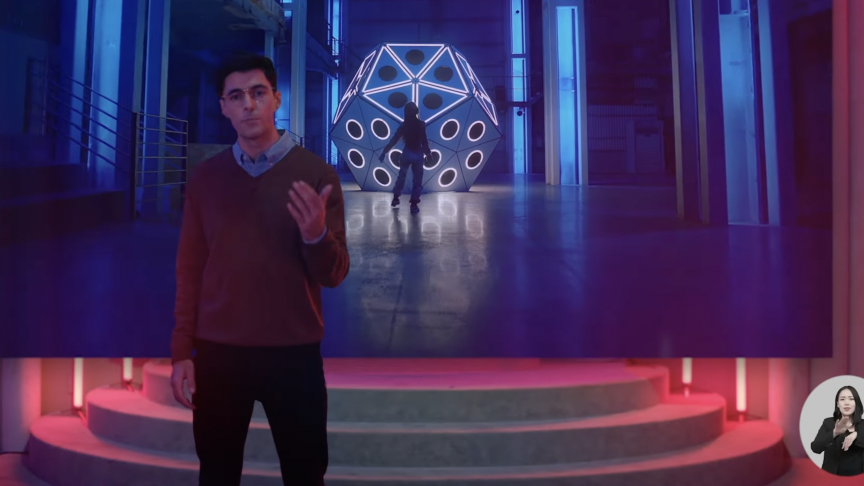 LG is rolling out some very big TVs, among other things.

The company says it wants to transform “at a very fundamental level” what counts as a “better life,” according to CEO William (Joo Wan) Cho. So they’re introducing some new products. In a highly produced video introduced by John Legend, the tech behemoth unveiled a line of smart home products, new OLED TVs, and several robots that can help out humans when they need an extra hand.

Those are some big, bright TVs

LG used CES to introduce its G2 line OLED TVs, which range in size from 42 inches to an eye-popping 97-inch model. OLED TVs stand out from other screen technologies because they use a single diode coated in a thin layer of organic material — that’s what the “O” stands for — to simultaneously produce color and bright light in each pixel. The company brags that the G2 line features the “brightest and finest picture quality ever” in one of its TVs. The 97-inch model is the largest OLED TV, according to tech writer David Katzmaier. LG hasn’t announced how much any of these new models will cost, but Katzmaier estimates that the larger version will likely cost somewhere in the neighborhood of $40,000.

LG tried hard to drive home the point that these TVs fit seamlessly into users’ lives. Want to watch the same show with someone in a different place? They’ve got an app for that. Want to use your TV to exercise? LG says its TVs can help users get up and move in a number of ways, including live dance classes, AI fitness coaching, and an integration with Peloton. The TVs apparently don’t require any additional hardware (beyond a controller) to run cloud-based PC games. The company has also collaborated with a company that enables users to attend telemedicine appointments straight from their TV.

LG remains committed to smart homes — and introduces some robots

LG’s presentation focused on seamless integration from task to task and room to room. While the announcements, on the whole, were “not that exciting,” according to tech journalist Gareth Beavis, they suggest that consumer tech companies are getting within striking distance of the kind of fully integrated, robot-assisted smart homes that have been the stuff of science fiction and advertising campaigns for well over a decade. In one scene from the presentation, a character seamlessly switched what she was watching on a TV in the living room to a TV in the kitchen. Later, she touted the benefits of a washing machine that could easily update itself with new settings and cycles as they’re released. These kinds of smart home devices can sometimes seem superfluous — and no doubt many features are — but the only “what in the world” moment came in the kitchen. There, the presenter demonstrated that scanning the barcode on a frozen lasagna with LG’s ThinQ app would automatically show the cooking instructions and, with the tap of a button, set the oven to the right temperature.

The coolest technology in the presentation was the CLOi (pronounced “Chloe”) line of robots. Though details were scarce, the video a number of CLOi models built for different applications. The GuideBot is designed for commercial applications, with the ability to advertise and guide customers through space. The CLOi ServeBot comes in two different flavors, one with drawers and the other with shelves. These robots are designed to bring you what you need when you need it, with apparently very little supervision.