LG to introduce its rotating Wing smartphone on September 14 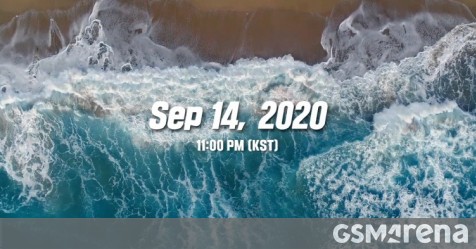 We’ve been hearing about LG’s upcoming Wing smartphone for a while now and we’ve even seen it in action twice. It features two separate displays which swivel 90 degrees horizontally to reveal a T-shaped form factor. Now we get a launch date as LG has confirmed that we’ll see the premiere of its new phone on September 14 at 11PM KST time (2PM UTC).

We get a glimpse of the Wing’s form factor in the video below at the 14-second mark and the accompanying press release reveals the new phone will be part of its “Explorer Project”. This will be a series of devices that deliver “distinctive and yet unexplored usability experiences”. We also learn that phones like the Velvet will now be categorized under LG’s Universal Line which will bring “competitive devices that focus on consumer lifestyles”.

LG also revealed it will partner with a range of partners including Qualcomm, search engine Naver and streaming platforms Tubi and Ficto. The LG Wing is rumored to come with a 6.8-inch main screen alongside a 4-inch secondary display with a 1:1 aspect ratio. It’s likely to be powered by the Snapdragon 765G chipset and will feature a 64MP primary camera. Pricing is rumored to be in the to be in the $1,000 range.