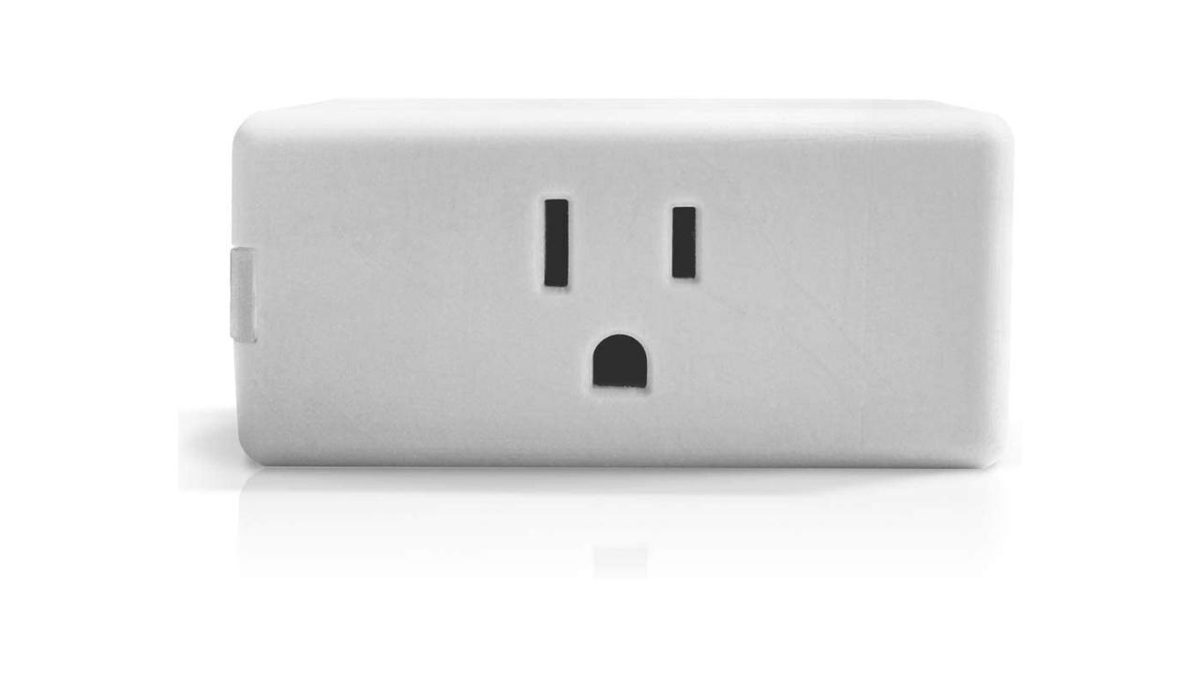 The Decora Smart Wi-Fi Mini Plug-in Outlet ($29.99) joins Leviton’s family of app-controlled smart devices. It’s a single-outlet smart plug with embedded Wi-Fi that lets you use the My Leviton mobile app to turn it on and off, set schedules, and create Activities that let you trigger several devices at once. You can control the plug with your voice and have it work with other smart home devices, but it lacks the energy reporting feature that you get with our Editors’ Choice, the less expensive Samsung SmartThings Wifi Smart Plug.

The Decora measures 1.5 by 3.0 by 1.1 inches (HWD) and has a single three-prong outlet on the front and a three-prong plug on the back. An LED/power button on the left glows green when the power is off, making it easy to locate the plug in the dark. It has a built-in dual-band Wi-Fi radio for connecting to your home network, and offers IEC Level 4 surge protection. But it lacks the power monitoring capabilities that you get with other plugs such as the SmartThings Smart Plug and the ConnectSense Smart Outlet 2.

You can control the Decora using Amazon Alexa and Google Assistant voice commands, and support for IFTTT applets allows it to work with third-party smart devices such as locks and security cameras, but it doesn’t support Apple’s HomeKit platform. It uses the My Leviton mobile app (for Android and iOS devices) that lets you turn the plug on and off with your phone, create on/off schedules, and control it with Activities that toggle multiple devices with a single button.

The app opens to a screen that contains panels for each room that you’ve created for your home. Inside each panel are icons for any devices assigned to that room. Tapping a device icon takes you to a screen with a round on/off button that is green when the plug in on and gray when it is off. At the bottom of the screen are buttons for removing the plug from the room and for adjusting its settings. There aren’t many settings available, but you can edit your Wi-Fi info, configure an Auto Shutoff timer, and disable the locator LED.

At the bottom of the screen are Home, Activities, and Schedules buttons. The Home button takes you back to the Rooms screen and the Activities button takes you to a screen where you can create actions to simultaneously control multiple devices and rooms. You can use the Schedules button to create on/off schedules by the time of day and days of the week, or have the plug turn on or off at sunset and sunrise.

Tap the three-bar icon in the upper left corner to edit your Residence settings (address and time zone), invite users to share access to your devices,  update firmware, and view help files. 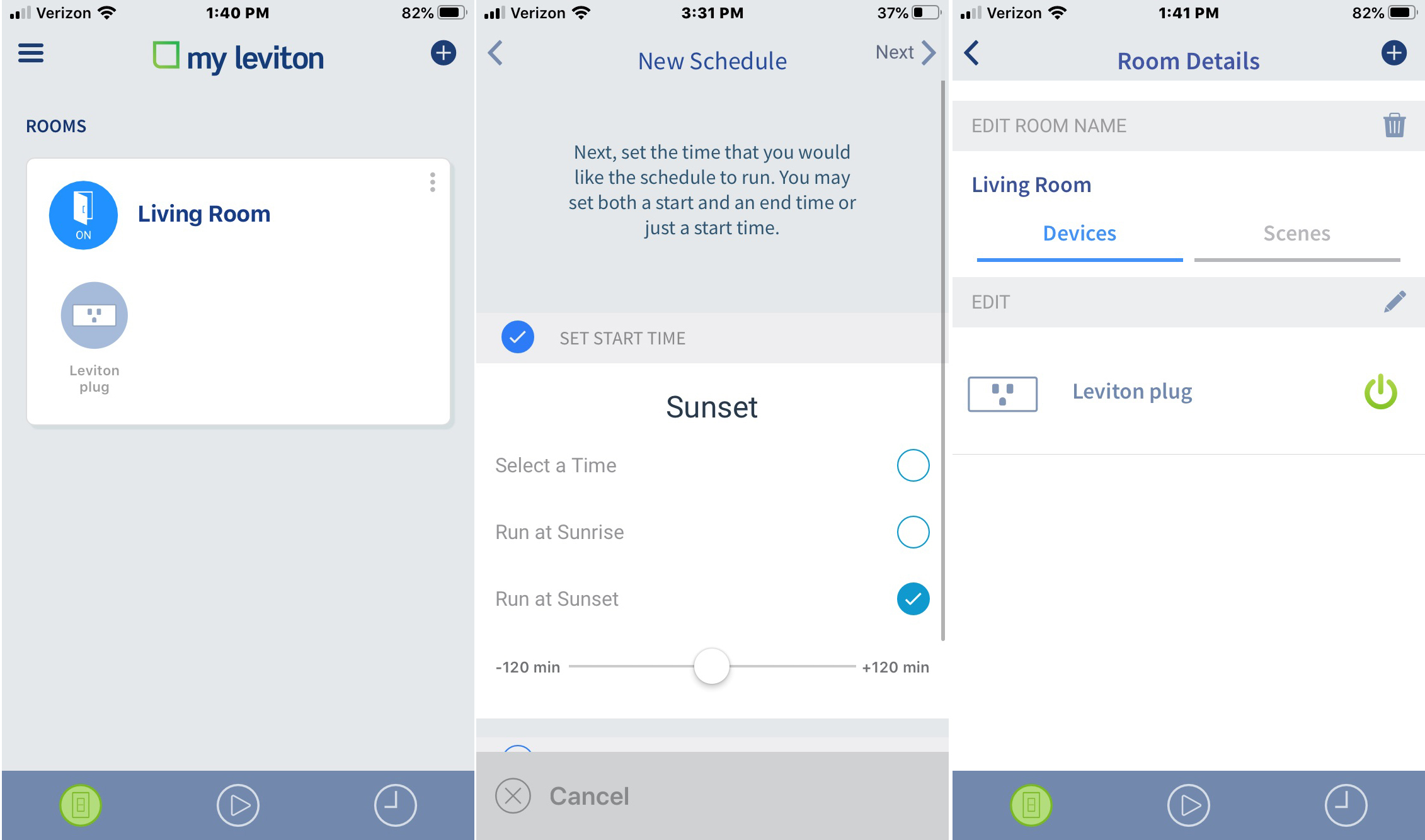 The Decora is easy to install. I plugged it into an outlet and the LED immediately began blinking green. I downloaded the My Leviton mobile app, created an account, and gave my home a name. I tapped Add a Device, selected Plug-in from the list, and tapped the Start button. I used my phone’s Wi-Fi settings to connect to the plug, returned to the app, and selected my Wi-Fi SSID from the list. I entered my Wi-Fi password, waited several seconds for the plug to connect to my network, gave it a name and location (room name), and the installation was complete.

The plug worked well in testing. It responded instantly to app commands to turn on and off, and followed my timed schedules without issue. It also followed my sunrise and sunset on/off schedule to a tee. I created an IFTTT applet to have the plug turn on when a Ring Stick Up Cam detected motion and it worked every time, as did Alexa voice commands to turn the plug on and off.

With the Leviton Decora Smart Wi-Fi Mini Plug-in Outlet, you can easily transform traditional lamps, tabletop fans, coffee makers, and other small appliances into smart devices that you can control with your phone and with your voice using Amazon Alexa and Google Assistant commands. It offers timed on/off scheduling and an activity option that allows you to control multiple devices with one click, and it works with other smart devices via IFTTT applets. However, it doesn’t offer power usage statistics or support Apple HomeKit. Our Editors’ Choice, the Samsung SmartThings Wifi Smart Plug, does everything that the Decora does and tells you how much power it’s using, and it costs around $10 less.