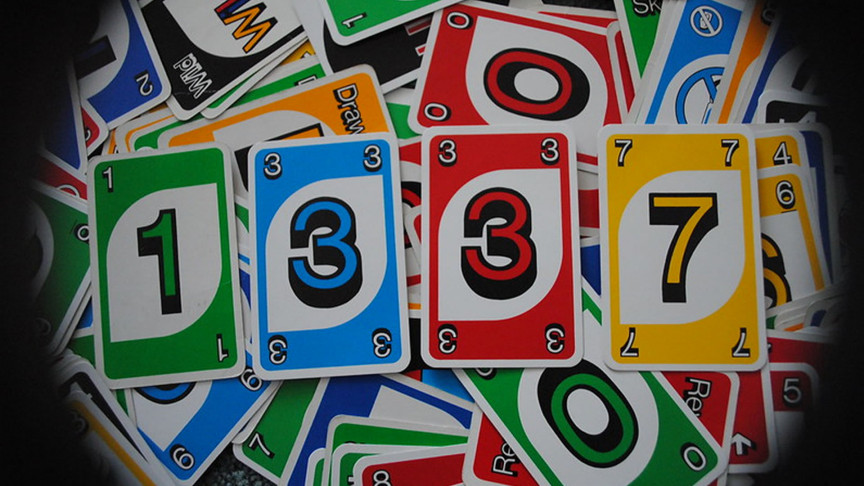 No idea what we are talking about? Then you’ll need to check out this guide to “leetspeak” to find out.

Prepare to be amazed, or not.

“Leetspeak”, otherwise known as “1337”, “133t”, “eleet”, or just simply “leet” is an informal method of spelling used primarily on the internet. It often comprises the replacement of letters in words with other characters, like numbers, that ostensibly resemble the original letters in such a way that they are still legible by human readers.

Depending on the online community in which it is used, “leetspeak” can also take on its own dialect or linguistic varieties, too.

You are probably familiar with it in some form or another, with commonly used examples including “n00b” (noob or newbie), “hax0r” (hacker), etc. More advanced examples of “leetspeak” often omit all English characters completely, leaving the resulting text illegible to anyone not knowledgeable about the subject.

The term itself is thought to be derived from the word “elite” and is usually associated with online gaming and hacking communities. It is widely believed that the term was first coined by members of the “Cult of the Dead Cow” hacker collective who used the term in their text files.

While you may think that “leetspeak” is a relatively new phenomenon, it can actually trace its origins back to the bulletin board systems (BBS) of the 1980s. These systems were similar to modern websites and tended to be operated by computer hobbyists from the comfort of their own homes.

Each one of these BBS’s tended to center around a particular subject (like a hobby, etc.) chosen by the system operator who developed it. As you’d expect, some of these discussed topics were verboten subjects, including certain illegal activities, like file-sharing or hacking.

A user with “elite” status has access to file folders, games, and special chat rooms within these systems.

The reason for the development of “leetspeak” is not fully understood, but some believe it was an attempt to defeat text filters created by BBS and Internet Relay Chat system operators for posting taboo or forbidden topics on message boards. In this sense, it can be considered a form of cipher.

“Leetspeak” was originally the preserve of hackers, crackers, and so-called script-kiddies, but it has since entered the mainstream and is commonly seen posted on social media. Using leetspeak allows users to talk about normally forbidden subjects on public boards and chats while remaining in plain sight.

Its early use was also used as a sort of badge of honor and to help users identify fellow “elite” computer nerds. Its use also formed part of the registration process for some elite or restricted groups. Its popularity grew in the 1990s, even as its primary use as a cipher became less popular.

Since then it has developed into a kind of joke, an interesting curiosity, or simply as a means to mock older or less experienced users on a website or gaming service. “Leetspeak” is also commonly used for personalized online nicknames on forums and online multiplayer game platforms.

It is also popularly used by children and younger adults to obfuscate text filters or decipher text messages to mask private messages between friends and avoid parental controls and snooping of their private messages.

What are some examples of “leetspeak”?

Over time, “leetspeak” has also evolved into a variety of forms, all of which share the characteristic of using numbers and letters in combination. Other forms, as previously mentioned, also include a variety of special characters.

The first form, and most common, “1337”, is widely considered to be the purest form of “leetspeak”. This is the one you are probably most familiar with and usually consists of numbers and only a few, if any, special characters. For example, the word “beginner” can be written as “8391NN32”.

Another common version of “leetspeak” is called UCE. Standing for unsolicited commercial email, UCE was originally used in spam emails, to circumvent spam filters. An example of it would be “/-|3$0|__/’][‘€” to denote the word “absolute”.

Another common version of “leetspeak” is something called “Ultra 1337”. Comprised of pretty much only special characters, to the uninitiated, this can be quite hard to understand. An example would be “£}{|²3®´][´” to represent the word “expert”.

Yet another similar system to “leetspeak” exists that replaces letters with similar accented ones from a foreign language. While not technically  “leetspeak”, it follows similar logic and is usually readily decipherable by a human reader. Its use is primarily to obfuscate spam filters and text-based filtering.

It is important to note that there are no formalized grammatical rules for “leetspeak”, meaning users have a lot of legroom when it comes to using it. That being said, there are some common symbols, numbers, and characters often used for each letter of the alphabet.

How can we read “leetspeak”?

Basic, more legible (sometimes termed Level 1) “leetspeak”, contrary to what some memes would have you believe, should be readily readable by most people. The readability is not some magical ability but is more to do with how our brains work, after years of training to read text.

Previously it was believed that experienced readers were able to skip over words or read just parts of words, and their brains would automatically fill in the rest. More recent studies have shown that this may not actually be the case.

Researchers now believe that we process the text using letter-by-letter processing that allows us to rapidly identify different words and access an inbuilt “databank” of sounds to understand and verbalize them (if needed) — all in milliseconds.

This is why experienced readers can very rapidly see the difference between “casual” and “causal”, or “grill” and “girl”, or be able to readily distinguish between “primeval” from “prime evil”.

Given this, you may wonder how we are able to read things like “leetspeak” when letters have been strategically replaced with numbers or symbols. If we read by processing each letter, in turn, to build the full words in our minds, shouldn’t this system fail when presented with a completely different, unexpected, character?

It appears our brain is able to correct for such unexpected errors on the fly, converting unexpected characters or symbols to their corresponding expected letters in short order.

In fact, this has been the subject of various scientific studies.

One Spanish researcher, Jon Andoni Duñabeitia, who is an expert on such matters, said in an interview that, “while reading, you don’t pay attention to the difference between a number and a letter because you only expect letters.”

A similar thing happens when your read wrongly written, or strangely written text — like someone with bad handwriting, for example. Your brain, essentially, gets the gist of the message (after processing the characters in sequence) and replaces the odd characters to make the text legible.

“For your brain, it’s not a number in a word, it’s a wrongly written or strangely written letter,” Duñabeitia explained. “You are in this mode of tolerance that allows for small distortions in the identity of the letters.”

Therefore, there is no reason to suspect that being able to read  “leetspeak” requires a particular level of intelligence. However, it is probably likely that better readers are slightly more adept at it, according to Duñabeitia.

What seems to be more important is your experience with computers, different typographical types (like different fonts), etc. Those who have been using computers (and the internet) from a young age will likely find deciphering “leetspeak” almost second nature.

“But as long as we are proficient readers, [you] won’t have a problem,” Duñabeitia added.

Is “leetspeak” a good choice for passwords?

In this modern-day and age, you are probably more than familiar with the need to have pretty complex passwords to prevent unauthorized access to your online stuff. The best passwords tend to contain a random mix of letters, numbers, symbols, and other special characters.

Companies will often set very specific criteria for your passwords, such as minimum length, using a mixture of upper and lowercase letters and numbers, etc. Mixing these together, or having a legitimate password generator do it for you, are excellent ways to protect your data and identity online.

For this reason, you may think that using “leetspeak” for creating your passwords might be a good idea.

And the reason is pretty obvious when you think about it. Leetspeak, as we’ve previously discussed, is widely used in technology and traces its very origins from hackers — some of whom are likely to be the ones attempting to steal your data.

Any passwords based on “leetspeak” jargon are, theoretically, highly predictable to members of such a community. Hackers commonly try to gain access to private data such as your emails by guessing your password.

For this reason, you really want to avoid being predictable when choosing a password — “leetspeak”, therefore, is not a good choice.

And that “elites” is your lot for today. This is but a taste of the complex and rapidly developing world of “leetspeak” in the wild.

If you want to learn more, or fancy becoming literate in “leetspeak”, there are plenty of resources online to teach you. Alternatively, you could join an online ethical hacker community and get taught by the experts firsthand.

Good luck out there, and stay safe.