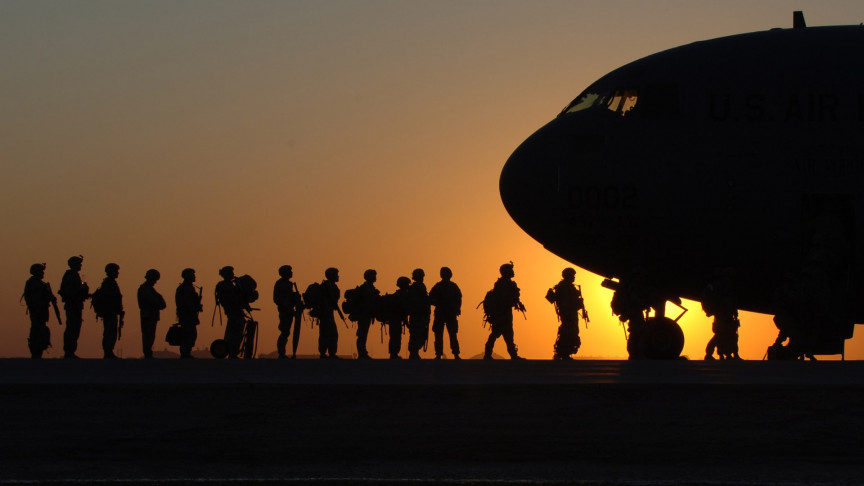 The idea of a laser-shooting plane may sound like something you would find on a futuristic battlefield, but in reality, they are already used for far more benign reasons. While some types of long-range laser beams fired from a ship or even a rifle could cause permanent or short-term loss of vision and damage to instruments and even human tissue, other types of laser can be used without fear of injury or damage.

For example, a newly discovered archaeological method demonstrates that laser-weapon technology isn’t just for destruction. Birger Stichelbaut, an archaeologist from Ghent University in Belgium, along with his fellow researchers has used laser-shooting planes to map the various events and landscape changes that happened during World War I.

Before we talk about the unique laser-based archaeological operations that Stichelbaut and his team have conducted in Belgium, there are various questions related to laser plane technology that need to be addressed.

Most people believe that laser-based weapons are limited to science-fiction movies only but the truth is, they do exist in reality. From PHASR (Personnel Halting and Stimulation Response) rifles (capable of blinding and disorienting anyone caught in its sights) to the HELIOS systems (which can “dazzle” and blind sensors, and “put a hole” through unmanned aerial vehicles, low flying aircraft, and in some cases, missiles) the US and a few others countries have different kinds of advanced laser-shooting weapons that you may never have heard of.

However, a real-life aircraft that can kill enemies by shooting deadly laser beams is yet to be developed. A recent report reveals that the American Air Force Research Laboratory is working with leading defense contractor Lockheed Martin to develop fighter jets with mounted laser weapon systems. Conceived by the US Air Force, this warfare system is named SHiELD and it would function alongside the Tactical Airborne Laser Weapon System (TALWS) which is being developed by Lockheed Martin.

As compared to other kinds of laser-based weapons, the task of creating an airborne laser system comes with a lot of hard-to-resolve technical challenges and requires a stupendous budget. This is the reason that despite having some experience in creating working ship-mounted laser guns, defense organizations and manufacturers seem to focus less on creating laser-shooting planes.

Looking at the initial developments, the SHiELD project from the US Air Force seems quite promising, and it is possible that, if successful, this ambitious initiative might lead us to a new era of laser-shooting planes. But less dangerous lasers are already being used from airplanes for research.

How is the technology from the laser-shooting planes helping archaeologists?

Stichelbaut and his team used advanced technologies such as aerial imaging, geophysical sensors, and Lidar (laser technology that uses light in the form of a pulsed laser) to study the site of the western front in Flanders, a region in Belgium that was the scene of extensive fighting between the allies and German forces during the first world war.

Since the people who witnessed World War I first-hand are no longer alive, Birger Stichelbaut believes that the landscape where the events of the war took place is the only remaining witness that can help us to investigate the events of that war.

They compared the imagery from these modern archaeological tools with the old documents, records, and photographs that were taken during the war. This comparison revealed different patterns and changes that occurred in the landscape over the course of time and helped the archaeologists in preparing 3D maps demonstrating different wartime structures.

Various types of aircraft can be equipped with Light Detection and Ranging (Lidar) technology, a remote sensing method that uses pulses of light to generated 3D images. During the flight, the LiDAR sensor pulses a high-frequency laser beam toward the ground. The sensor records the time it takes for the pulses of the laser beam to be reflected back to the aircraft.

The LiDAR instrument collects elevation data. This is combined with GPS and Inertial Measuring data and processed using specially-designed computer software. The results can be used to create an accurate 3D map of the land features.

Lidar surveys conducted by Stichelbaut in Flanders revealed many wartime trenches, craters, and other remnants of military structures. In his book Traces of War: The Archaeology of the First World War, Stichelbaut claims that 14% of the land between Kemmel and Welvik regions in Flanders still has visible marks from World War I.

Aerial imagery combined with Lidar technology has helped archaeologists to uncover information about the lives of soldiers in the trenches in the Flanders region during World War I. This study also examined how construction in and around the trenches was used to protect the armed forces and to attempt to mitigate the harsh conditions they faced.

You can read as many First World War manuals of how to dig a trench as you like, but always if you look into archaeology, you will see the reality of trench warfare on the ground.

According to Stichelbaut, this technique becomes more significant in bringing out the experiences that many soldiers had in the trenches during the war because not many historical photographs are found that were taken inside the trenches.

What can this modern archaeological technology achieve?

Wouter Gheyle, a specialist in lidar imaging from Ghent University explains that with this new laser-based technology, archaeologists can look into a large region and detect traces of war without needing to explore the area on foot or to conduct digs on the landscape. This technique not only catches elements the researchers may miss, but it can also save time and money.

Lidar has the potential to not only reveal the wartime landscape in greater detail but may also help in reconstructing the stories of the soldiers who fought in the trenches and even in identifying remains.

Until now, archaeologists have been able to discover and identify the remains of a number of soldiers who were earlier marked as missing. For example, Henry John Innes, an army captain from New Zealand who died in the year 1915, was identified from his remains only in 2016. Thousands of more such individuals who went missing during the war, still remain buried in the soil and are yet to be discovered.

During World War I, trench foot (a potentially lethal condition that results from prolonged wetness of feet in the trenches) caused the death of around 75,000 British and around 2,000 American soldiers. The 3D maps developed by archaeologists have helped to illuminate the various efforts (involving the use of straw, roof tiles, etc) soldiers made to avoid this condition. Stichelbaut and his team also came across marks of engravings in the trenches, which they referred to as trench art. Stichelbaut considers these small details to be an important demonstration of the unimaginable struggle that numerous soldiers went through during wartime.

Some interesting facts about the laser-based weapon technology

There are so many interesting developments taking place in and outside the US, in the field of laser-based weapon technology:

The use of laser technology in weapons and archaeology shows the multi-dimensional impact that it might bring in the future.