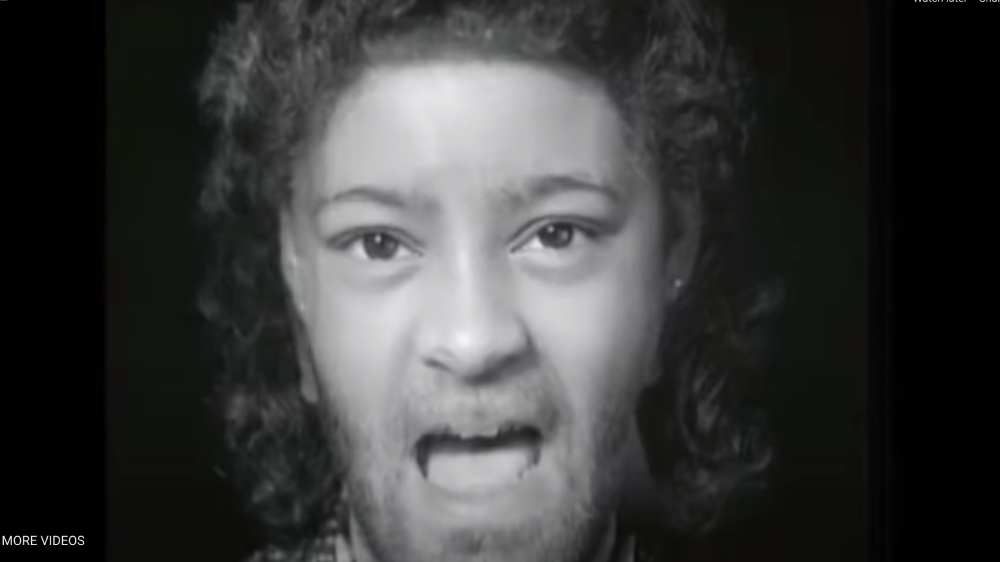 Kendrick Lamar’s video for his latest single, “The Heart Part 5,” is a stunning feat of deep fake technology, where the rapper’s face morphs seamlessly into those of Kobe Bryant, O.J. Simpson, Jussie Smollett, Kanye West, Nipsey Hussle and Will Smith. It’s certainly not without precedent: Created by Lamar and collaborator Dave Free with their pgLang studio, the deep fake technology is the work of “South Park” creators Trey Parker and Matt Stone’s Deep Voodoo studios — which used it for their eye-popping 2020 “Sassy Justice” video — and similar tactics were used for Michael Jackson’s 1991 video for “Black or White” and, going back even further, in 1985 for recording artists/ pioneering directors Kevin Godley and Lol Creme for their song “Cry.”

As with “The Heart Part 5,” the video for “Cry” consists entirely of faces blending seamlessly from one to another, and although the technology was radically different and less geared toward specific social commentary, the emotional power and mesmerizing potency of the human face as a tool to engage or enrage has not diminished.

Godley and Creme started off as co-founders of the 1970s group 10cc before working as a duo as musicians and pioneering video directors, with Duran Duran’s “Girls on Film,” Herbie Hancock’s “Rockit” and Huey Lewis & the News’ “Hip to Be Square” to their credit. Godley recently published an autobiography, “Spacecake,” released his solo debut, “Muscle Memory” (and is currently working on another), and just dropped an album of his pre-10cc work with “Frabjous Days 1967-1969.” Variety caught up with him from his home in Ireland to talk about all of the above.

Why did you focus on the human face in the first place for your video?

Kevin Godley: Lol and I knew we needed a particular visual to make “Cry” come to life, but those faces weren’t the original idea that we’d come up with. We weren’t keen on appearing in it, and wanted popular British ice skaters, Torvill & Dean, to perform to it. We couldn’t get our diaries to match up, so we needed something quick. We figured that, since “Cry” was the type of song anyone could understand and sing, we’d get a lot of different people and shoot close-ups of their faces. We would figure how to assemble that when we got to the editing stage.

In 1985, video editing was still an analog process, wasn’t it?

Exactly. Once we got into the edit, we started cutting between the faces, which wasn’t inspiring. Then dissolving, which was OK. Then we messed around with the studio’s not-so-sophisticated equipment and found this effect used for bad titles on television programs: the wipe, which allowed you to move from one image to another, from the middle out to top, bottom, or left to right. You could have a soft edge to it all, so that you don’t see the faces join. As we went from one face to the next, we realized that, in between, you got a face that didn’t exist: One came into being which previously had not been there. That became our light-bulb moment.

It’s not the morphing of Michael Jackson “Black or White” — it was you manipulating an analog editing board’s toggle, up and down?

Absolutely — paddle is what we call it. It used to be used to just take you slowly from one image to the next, different image. But if the images are similar, something remarkable happens. And what we found while wiping, which also applies to the Kendrick Lamar video, is that there is something inherently hypnotic about the human face. If you’re concentrating on the face, you’re winning from the word go.

What can you say about revisiting your wiped faces concept when you directed Elbow’s “Gentle Storm” video in 2017 with Benedict Cumberbatch? Obviously the technology was very different.

Yes, which took a bit of the fun out of it. This was not something I thought I’d ever have to re-do — I’m always reluctant to repeat myself — but Elbow called me up, and I thought it could be an interesting procedure, as I like the band and I’d have the opportunity to work with Benedict, who is amazing. Figuring out the process, to bring it to fruition … now, it’s more about numbers crunching and pushing buttons, so you lose the physical connection of operating the paddle to get from face to face. If the faces aren’t right, or the quality off, you tap some numbers in, adjust, then make it right. After having edited countless videos since “Cry,” I’m used to digital. The effect is the same — it’s about what you see on the screen, and not process.

Saying that, what do you think about the deep fake technology of “The Heart Part 5”?

The use of deep fake is extraordinary, although I couldn’t but wonder if this maybe wasn’t Kendrick Lamar but someone pretending to be him, using another deep fake! (Laughter) If that story came out in three months, now that would be interesting. I loved it because there were no frills. It’s smart, provocative, it draws you in. You want to see the moment that each face changed, save for the last transition, which is invisible and so effective. To talk about the notion, however, of the deep fake, I believe the first time it was used wasn’t visual at all, but rather when Orson Welles did his version of H.G. Wells’ “War of the Worlds” [a 1938 fictional radio show about an alien invasion that caused panic when many people thought it was real].

The effect was similar to Lamar’s visual deep fake, especially because you didn’t know what to expect, so it freaked you out. Unlike most theatrical productions for radio, Welles put his together as a [fake] news broadcast, interrupting a normal evening’s usual entertainment. He took things to the extreme with the broadcast and all of its real-life bells and whistles.

What do you think of some of the downsides of deep fake technology, like an actor’s face being used for pornography, or Jay-Z’s voice reciting Shakespeare?

My opinion of deep fakes is that it is another example of what the human species does best: screw things up. Just because you can do something, doesn’t mean that you should. That’s always the danger with new technology: those using it for good, those using it for not-so-good. Perhaps, now that we’re aware of deep fake’s potential, there’s someone out there working on an algorithm, app or software that can detect deep fakes. And if someone isn’t doing this already, there damn well should be.

It’s interesting that amid all of your truly elaborate videos — the cinematic “Girls on Film,” the techno clutter of “Rock It” — the stark simplicity of “Cry” is still your most evocative work.

Gosh. As with most video work I’ve been involved with, it comes down to the element of chance. You never really know what’s going to come out or what’s going to come from it until you put the thing together. If you’re lucky, it will grow into something better than you thought it would in the first place. That’s what happened with “Cry”: one idea, faces turning into other faces. No cutaways. No exotic environments. If you looked away, you missed a transition. While so many videos then had an overabundance of elements, this was the polar opposite, with as few as possible. Plus, the video fit the track, an example of a piece of music fitting a piece of film to its best effect. It was hypnotic.

Can you discuss where your video work is going next?

Godley: Along with two screenplays — one about Orson Welles that we came close to producing before Covid put a spanner in the works — I’m working on visual content for a proposed opera of which I’m slated to write its libretto and I’m joining a video games company called Athena Worlds. That’s where so much of the future of visual content has headed. I’ve never been a busier chap.