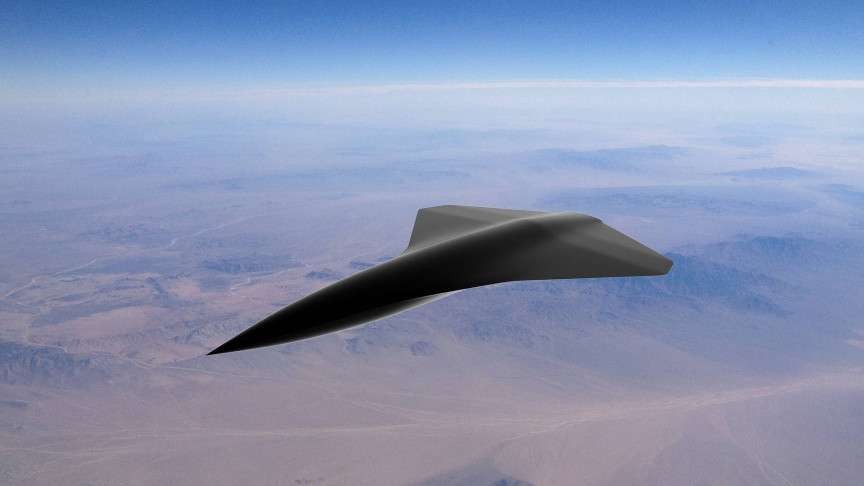 Kelley Aerospace has officially launched its supersonic unmanned combat aerial vehicle concept (UCAV) which was teased back in December 2020. The firm says it has already received 100 “pre-orders” for the vehicle, according to a report by Flight Global.

On its site, the company features two drones. The arrow is said to be the “world’s first supersonic UAV that pushes the boundary with state-of-the-art swarm and autonomous aerial flight logic — making it a formidable UAV.”

“It is designed for a reduced radar cross-section and infra-red signature. The carbon fiber and monocoque design endows the Arrow with outstanding strength and stiffness,” said the company in a statement.

It is estimated that it will not cost more than $16 million with prices going as low as $9 million. The firm notes that this “allows more airframes to be purchased and yet, have a multi-role supersonic UCAV to perform high-risk missions as it does not necessarily need to return home.”

Meanwhile, the Black Eagle is described as “the highest endurance UAV on the market today. It is able to handle a large payload spectrum and is fitted with sensors to achieve its given objective.”

The company also revealed that it was working on a supersonic business jet at a launch event in Singapore in December 2020. Two prototypes are currently reported to be undergoing testing in the U.S. and Sweden.

The company also said that it was looking to get some 500 pilots ready to control its combat drones as part of a general aviation pilot academy. But with unmanned technology advancing at the rate it currently is, one can’t help but wonder if we’ll eventually grow out of the need for highly-trained pilots for operations.