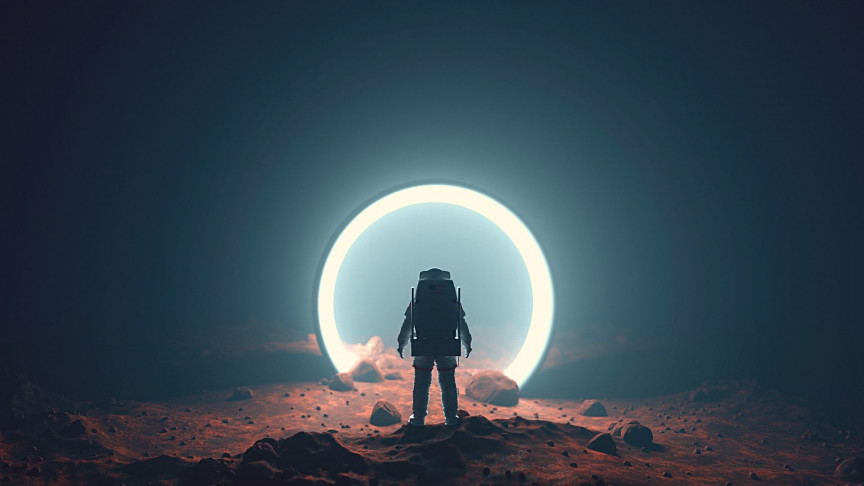 Every discovery made in space has implications for life on Earth.

Too often, the endless announcements of new space launches, partnerships, and the golden prize of returning to the moon and deep space overshadow the subtler advancements in medical research and technology that make a return to the final frontier viable.

“How do you make sure astronauts are healthy and stay healthy?” said Rachael Dempsey, Communications Officer at Translational Research Institute for Space Health (TRISH), during a Thursday conference at CES 2022 attended by Interesting Engineering. It’s a valid question, and one without easy answers.

But if we’re going to get serious about scaling human presence and industry in space, one major incentive lies in the overwhelming benefits awaiting those who remain on Earth.

There are five conventional hazards for human space flight: “A lot can go wrong, but you can group into five categories,” added Dempsey. Isolation is an underrated risk during long-term, deep space missions. We’ve already seen what it can do during the prolonged (and in some regions, ongoing) lockdowns due to the COVID-19 coronavirus. Now imagine if you knew that outside your front door was nothing but the infinite black abyssal depths of cold, inhuman space, forever. On a less psychological note, gravity fields, too, are a necessary part of human health. This means we have to find ways to compensate, which could mean simulating gravity.

Then there are the challenges of performing and executing medical care at great distances from the Earth, when astronauts are forced to give differential diagnoses and take action on their own, because there’s no time for a second opinion from mission control. Not to mention the immense cosmic radiation in interplanetary space, which can have drastic effects on biological functions. “As we solve these five challenges of space flight, it also opens up new innovations for medical and mental health for humans who remain on Earth,” added Dempsey. “Also, think about the people who are working in high-radiation environments here on Earth,” she added. Nearly all medical advancements made for deep-space missions have the potential for deeply transformational advancements here on Earth, too.

Biosensors will also become a crucial part of diagnostic and therapeutic advances in the near future. “NASA’s a really big fan of platform technologies that can go up and serve a whole myriad of functions,” said Josh Ruben, CEO of Z3VR, during the event. “Some of the best applications of virtual reality are perfect for emergency, timely scenarios” that humans will face in deep space. “We’re looking for technologies that will go beyond things like heart rate, and measure a host of different health conditions and physiological responses, so the crew will be able to assess and meet their own medical needs,” said Asha S. Collins, a TRISH board member, during the CES 2022 event. “TRISH is designed to push boundaries and take risks in ways that NASA isn’t really able to.” And Dempsey added: “Finding the great innovative ideas means we need to look at business, and even video game companies. It’s just about finding that technology and making it meet a real need.”

Going to Mars with a few other astronauts is a lot like going to Mars “with three coworkers. This is going to have serious mental health consequences,” said Ruben, about the unique and unforgiving physical and mental burdens of traveling for many months from the Earth to Mars. Ruben went on to say that his company integrated an exercise machine for the ISS into a gaming platform, which became a vehicle for addressing some of the mental health issues that will inevitably come up “when you’re trapped on a tin can with three other people for 18 months.”

Space-based healthcare is in high demand

Ruben also spoke of a new system that passively monitors eye movement, which has direct implications for maintaining long-term health of humans on deep space missions. “How we keep [astronauts] safe, sane, healthy on the way to Mars and during long-term missions” on its surface is crucial, said Ruben. “We’re interested in sensors without a lot of wireless. Sensors and electronics that are less cumbersome overall — for astronauts, they need to be free-floating and not tied to something like a desktop,” said Dempsey. The next steps for TRISH are to continue to build industry connections, despite growing rivalries between major aerospace firms like Sierra Space. “We’re building relationships with all the commercial space flight companies, including SpaceX” and others.

“The astronauts we’re going to send on the [Artemis] missions are going to look a whole lot different than the ones we sent on the Apollo missions,” said Dempsey. This includes not only the potential differences in maintaining physical health for women, but also more subtle differences in bringing more than just one race of humans into space. It’s also “extremely important to consider human disabilities and special needs for people in space,” added Ruben. Suffice to say that, while the myriad health challenges for future astronauts can feel overwhelming, there are too many direct lines between solving them in space and improving life on Earth for us to back away.