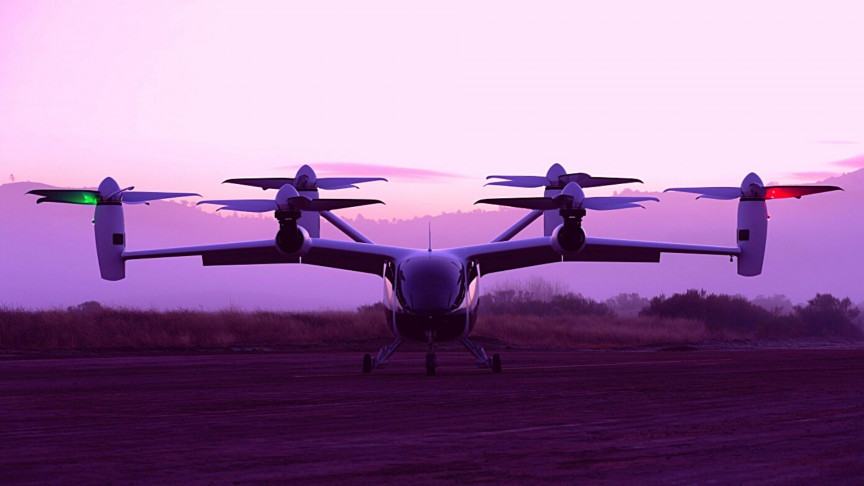 Joby Aviation wants to fly extravagant test flights over San Francisco Bay, and just filed documents requesting permission from the FCC, according to documents available on the agency’s website.

We’re finally about to start seeing the next-gen of flying vehicles in major U.S. cities.

The proposed tests will focus on two primary sightseeing areas within San Francisco Bay. One is south of the Bay Bridge, approaching Alameda, and the other is roughly half the distance between Alcatraz Island and the Golden Gate Bridge. “We’re currently in the early stages of exploring the potential to perform a limited number of flights,” said Oliver Walker-Jones, Joby’s head of marketing, communications, and brand, in an initial TechCrunch report. “We have no confirmed plans yet and securing permission to do so requires us to work with a range of local and federal authorities. That said, this is all very exciting.”

The forthcoming flights will come on the heels of several record-breaking flights, including the longest range, at 155 miles (roughly 250 km). Joby Aviation also achieved the fastest eVTOL flight, at 205 mph (roughly 330 km/h). But most crucially, Joby also claimed it made the highest flight ever attempted with an eVTOL aircraft, according to the TechCrunch report. “We have recently flown several flights above 7,000 feet (1.3 miles) mean sea level,” said Walker-Jones, in the report. And each of these flights happened in a remote coastal area, where only private landowners within the Santa Cruz, California area were placed in hypothetical danger. Voluntarily, presumably.

The five-seat S4 aircraft won’t have anyone on board for its extravagant San Francisco Bay flight. And if Joby Aviation receives full permission from the FCC to execute it, in addition to city officials, the flight could become an early benchmark in the dawn of a new age of airborne transportation, via sustainable means. As for the details of the forthcoming test flight, Joby’s application says the exhibitions will last roughly an hour, happen mostly over open water, and within an altitude between sea level and 5,000 ft. But the firm’s application doesn’t explicitly say where its aircraft, which can weigh up to 4,400 lbs (nearly 2,000 kg), with a wingspan of nearly 40 ft (12 m), will take-off, land, and finally recharge. But, according to the TechCrunch interview, Walker-Jones says this will happen on land, not over water, or a boat.

The official goal of the high-profile test flight is to analyze radio equipment that enables remote control of the eVTOL. “Flight testing is an integral and necessary component of Joby’s on-going efforts to obtain FAA flight certification for new aircraft technology it is developing,” read Joby’s application to the FCC. “Testing the radio is the goal of the demonstration flight in that area,” said Walker-Jones in the report. “Of course, in the future we do see some positive benefits to the idea of demonstrating the technology in an urban environment so that people start to see and understand how it fits where it may eventually operate.” In other words, it may not be long before casual city-dwellers catch their first glimpse of full-size eVTOL aircraft regularly. And when that happens, the first impulse of many will probably be a desire to book the next one.

This was developing news and was regularly updated as new information became available.