“Jetpack Man” Has Finally Been Caught on Camera 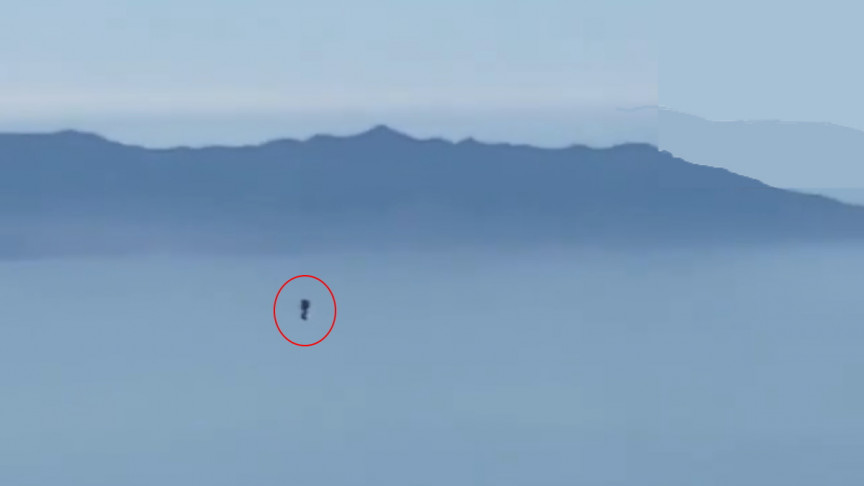 By any stretch of the imagination, 2020 has been a pretty weird year. One of the weirdest things has got to be the appearance of “jetpack man” in the skies over Los Angeles International Airport, known as LAX.

On Sunday, August 30, 2020, three separate pilots, one flying American Airlines Flight 1997, one flying for Sky West, and one operating Jet Blue Flight 23, all reported to Air Traffic Control (ATC) seeing “a guy in a jetpack” cruising at an elevation of 3,000 feet (914 m) within the airport’s 10-mile final approach area.

The Fox News station in LA reported the following communication between ATC and the pilots, which you can listen to:

According to The War Zone website, the interchange between the China Airlines flight and ATC was as follows, and you can also listen to it:

On December 21, 2020, a video was taken on board an instruction flight being made by the Sling Pilot Academy, and it has just been released. The airplane was flying over the strait between Palos Verdes, California and Catalina Island when it encountered what certainly looks like “jetpack man” who was flying at his favorite altitude of 3,000 feet. The video shows him passing the plane on its right side while traveling in the opposite direction.

There was no radio communication between the Sling Pilot Academy plane and “jetpack man”, and following the sighting, Sling reported the incident to the Federal Aviation Administration (FAA).

What makes this video so extraordinary is that aviation experts have said that jetpacks normally have only very short ranges, and they aren’t designed to fly at an altitude of 3,000 feet. This implies that whatever technology “jetpack man” is using, it could be revolutionary, however, it is also very dangerous. Should “jetpack man” get sucked into a jet’s engine, it could bring down the entire airplane.

Rossy developed a wingsuit system that incorporated semi-rigid carbon-fiber wings that have a span of 7.9 feet (2.4 mt), combined with four Jetcat P400 jet engines which are normally used in model aircraft.

Using this jetpack system, Rossy became the first person to fly horizontally for six minutes during a test flight in December 2006 over Bex, Switzerland. In May 2008, Rossy flew over the Alps, reaching a top speed of 189 mph (304 km/h).

On September 26, 2008, Rossy crossed the English Channel, making the trip in only 13 minutes. He had been dropped from an airplane over Calais, France, and he landed using a parachute in Dover, England. A trip in November 2009 from Tangier, Morocco to Atlanterra, Spain ended with Rossy ditching in the ocean.

On October 13, 2015, Rossy along with the late Vince Reffet flew over Dubai alongside an Emirates Airbus A380 airplane, the largest passenger aircraft in the world, and at an altitude of 4,000 feet (1,219 mt). Video of this feat has to be seen to be believed.