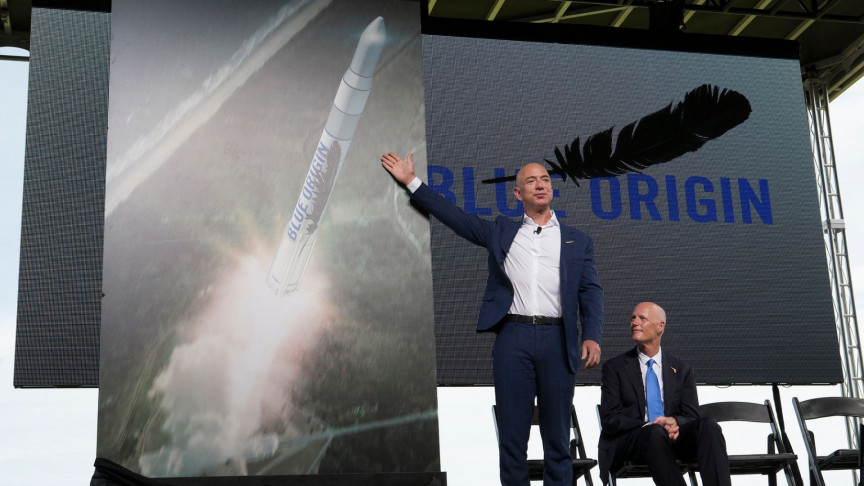 Jeff Bezos, the founder of Amazon, has revealed that he will travel to space on July 20 on the first crewed flight of the New Shepard, the rocket ship made by his space company, Blue Origin.

If all goes as planned, Bezos will be the first of the rich space tycoons to ride onboard the rocket technology that he’s spent millions creating. Moreover, not only he is heading into space, but he is also taking his brother with him.

“Ever since I was five years old, I’ve dreamed of traveling to space,” Bezos wrote in a Monday morning Instagram post. “On July 20th, I will take that journey with my brother. The greatest adventure, with my best friend.”

Bezos and his brother will join the winner of Blue Origin’s online auction, which currently has a price of $2.8 million as the highest price for the seat. According to the company, there are about 6,000 participants from 143 countries. The final phase of the auction, scheduled for June 12, will feature live online bidding from remaining participants.

Founded by Bezo in 2000, Blue Origin announced back in May that it is ready to put the first passengers in a New Shepard capsule after six years of intense and often covert testing at the company’s facilities in rural Texas. As of today, none of the test flights had people on board.

The crewed mission will take the company’s six-seater capsule and 59-foot (18-meter) rocket to the edge of space for an 11-minute mission that will reach more than 60 miles (95 km) above Earth. After it launches from Earth and reaches 60 miles above sea level, the capsule, which has six passengers seats and large windows, will separate from the booster, allowing those inside to see the Earth as so few has seen and feel weightlessness.

Then, the launcher and capsule will land independently, with the capsule using parachutes to land in the West Texas desert. The first human flight of the reusable New Shepard rocket is unusual for a few reasons indeed; not only it will be carrying a paying passenger, but also one of the world’s richest people.