Japan Just Entered the Race to Settle Mars and Beyond 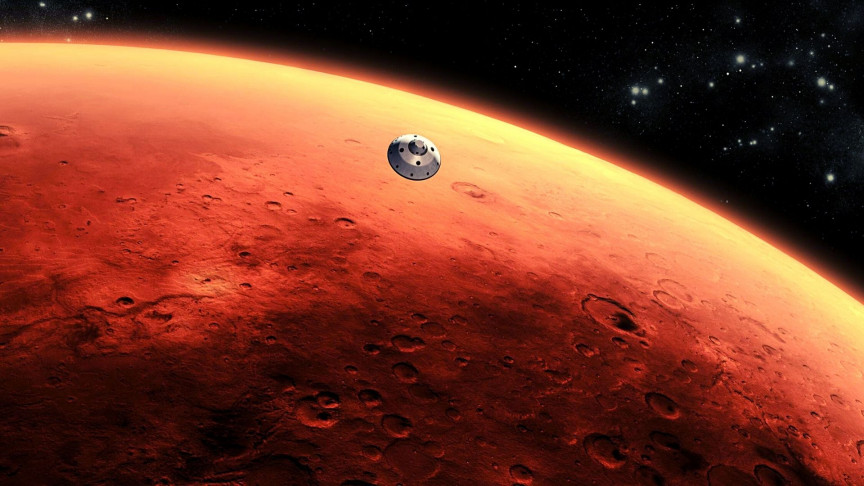 The land of the rising sun is shooting for the moon.

Japan is ramping up plans to settle Mars and beyond, according to a computer-animated presentation at Kyoto University’s Human Spaceology Center, which portrayed a bold vision for the future of human life in space, according to an initial report from Nikkei Asia.

And the future they envision is a commercial one.

The computer animation revealed an other-worldly scene of bizarrely shaped structures rising from the seemingly infinite wastelands of Mars’ red desert. But inside the buildings were fields of green, grass-filled land, along with boats sailing in tranquility across water so blue it seems about to pop. The Human Spaceology Center (HSC) is a possible vision for how humans will settle Mars, and was created to reinvigorate interest in space exploration. Coming amid NASA’s forthcoming Artemis program to return humans the moon for the first time since the Apollo missions, not to mention the simultaneous rise of private aerospace companies like Jeff Bezos’ Blue Origin, Richard Branson’s Virgin Galactic, and Elon Musk’s SpaceX, the HSC’s pitch of a better human condition on Mars is apt.

The HSC was established in October of last year, and kicked off in June of this year, with aims to accelerate Japan’s contributions to the furthering of advanced tech needed for the human race to not only return to deep space, but live there. And, sensing the turn of history from national-only programs to private-public partnerships, Japan’s HSC is joining forces with the private sector. The video depicted a concept for one of the HRC’s five primary regions of research: building habitats that support Earthlike levels of artificial gravity in partnership with a general contractor, called Kajima. Mars and the moon have a lower pull of gravity, at one-third and one-sixth that of sea level, respectively. At first, the experience of low-gravity motion is highly liberating and fun. But there’s an insidious underside to living and working in reduced gravity.

Namely, lower gravity makes it much harder to build and maintain muscle and bone mass. This is why the HRC is exploring a wide spectrum of proposals to address this physiological challenge, to make prolonged stays beyond Earth’s gravity more feasible. Notably, the center also emphasizes the role of wood in space, in addition to space education, radiation, and how technology may assist and enhance the exploration of Mars, space, and even Earth itself. These various fields were highlighted based on their “potential to leverage Japan’s industrial strengths in space,” said Director of the HRC Yosuke Yamashiki, in the Nikkei Asia report. And most intriguingly, the recent presentation helps to address a long-standing question for Japan, which has yet to execute a space mission without international assistance: How can the land of the rising sun play a role in the new space race? We have an answer that looks similar to U.S. efforts, creating public-private partnerships between universities and private firms, which will pursue a common goal of exploration and commerce in the final frontier.

“I want to expand the circle of partnerships outside the current framework,” noted Yamashiki in the report, alluding to the possibility of partnering with additional companies interested in the private space game. Already, spaceology center members include officials from NASA, in addition to Japanese astronauts Naoko Yamazaki and Takao Doi. As Japan ramps up its efforts to play a vital role in international efforts to settle the moon and Mars, we can begin to see that the scope of humanity’s return to deep space will weave a multi-cultural dream of shared prosperity into a new financial backbone designed for robustness in scientific study, safety in managing human health, and a search for profitable means of transforming us into a two-planet species.