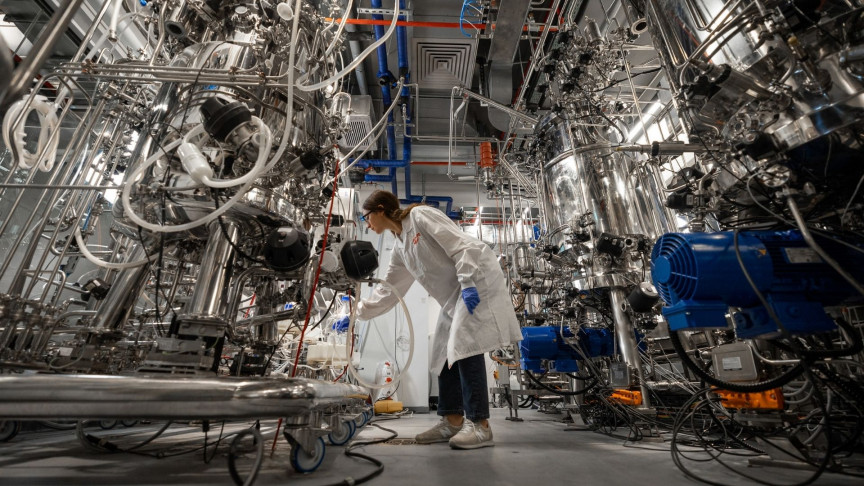 It was just over a year ago that researchers had found out a novel way to make ‘alternate meat’ more appealing. The idea has taken rapid strides and we are now witnessing the first industrial-scale production facility for cultured meat. Israeli startup Future Meat Technologies recently announced that its production facility with a capacity to make 5,000 burgers has gone live.

Animal meat has been a part of the human diet since prehistoric times. We have dedicated 80 percent of our habitable land and 30 percent of our freshwater resources to growing animals for meat. Production of meat using these methods is highly inefficient and as the world population increases, has become unsustainable.

Scientific advancements now allow us to grow meat in bioreactors that look and taste like animal meat yet use only a fraction of the resources needed for animal agriculture.  Israel-based Future Meat Technologies is one of the many startups that are using bioreactors to culture meat for consumption. The technology used for cultured meat is different from the one used for Impossible Burgers.

The facility has a capacity of producing 1102 pounds (500 kilograms) of cultured meat every day. This is sufficient to make about 5,000 hamburgers. But it is not just ham.    Future Meat can even produce chicken meat, lamb and will soon add beef to its production line. The company claims that its production cycle is at least 20 times faster than traditional agriculture.

To achieve this rate of production, the company uses proprietary animal cells that grow continuously. Usually, growing cells in bioreactors require the usage of animal serum but Future Meat uses alternate methods that do not require any material of animal origin.

They also use a unique media rejuvenation process that removes cellular waste by using 50 percent lesser media and without interfering in cellular growth. This has increased Future Meat’s production capacity to 10 times the current industrial standard while also reducing product cost.

Professor Yaakov Nahmias, the company’s founder and chief scientific officer, said that “after demonstrating that cultured meat can reach cost parity faster than the market anticipated, this production facility is the real game-changer.”

Rom Kshuk, CEO of the company said, “Having a running industrial line accelerates key processes such as regulation and product development.” The company is currently aiming for its products to hit U.S. markets by 2022 and is currently eyeing locations in the U.S. for expansion.