Is that a UFO? No, It’s a 600 Ton Capacity Russian Cargo Airship 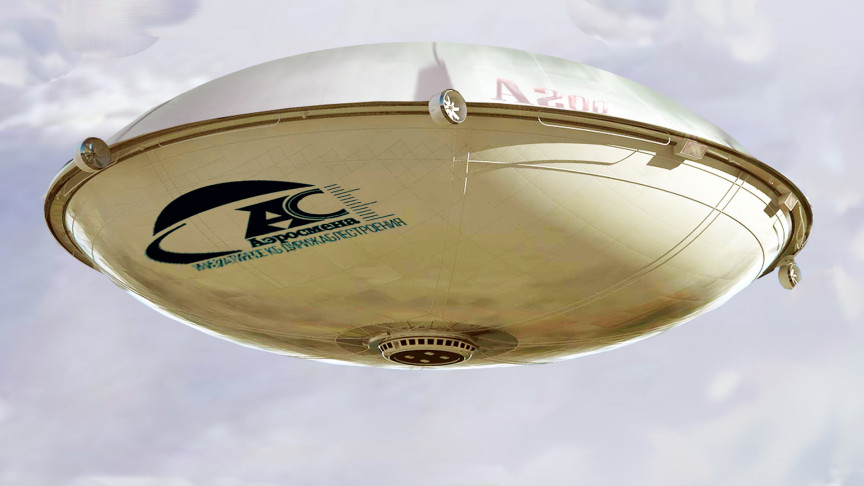 Originally led by experienced Russian aircraft designer Orfey Kozlov (who sadly passed away due to COVID-19 last year), the firm’s cargo airship will be capable of carrying out loading and unloading operations on the field regardless of ground infrastructure. This means no need for ports, roadways, airports, or runways. It will even be able to hover over terrain and retrieve cargo using a pulley system.

“The transportation of goods using such [a design] is carried out according to a simple door-to-door scheme, which will help to [reduce] costs for logistics and warehouses,” Aerosmena CEO Sergei V. Bendin said in an emailed statement with Interesting Engineering

Bendin also notes that the cost of a flight hour using the Aerosmena cargo ship would be “about an order magnitude lower than that of a transport aircraft.”

As for that UFO flying-saucer shape, Aerosmena says it will make the giant airship easier to maneuver and land in crosswinds than other airship projects that use a more traditional elongated hull shape.

This efficient design would be key during cargo missions in areas and terrains that are difficult to reach for traditional aircraft. The airship could help to put out forest fires and deliver payloads to mountainous terrain.

The airship’s design also includes two gas chambers to provide lift. For the 600 ton model, 620,000 cubic meters of helium will be utilized for practically “zero” buoyancy. A large cavity filled with air heated to 200 degrees Celsius (392 Fahrenheit) by the exhaust of eight helicopter engines is responsible for lifting the payload.

Bendin says the firm aims to first build the 60-ton version of their airship, after which “an engineering assessment of [its] flight performance will be carried out in order to [then] create air platforms with a carrying capacity of 200 and 600 tons.”

Bendin added that a future passenger version would even be capable of “round-the-world travel in luxury flying hotel conditions.”

The Aerosmena project might sound like it’s overstretching on the promises a little, but maybe someday we’ll all be vacationing across the globe in UFO-like airships that can also save the day like Superman.