Is Dogecoin Becoming a Thing? Here’s What You Should Know 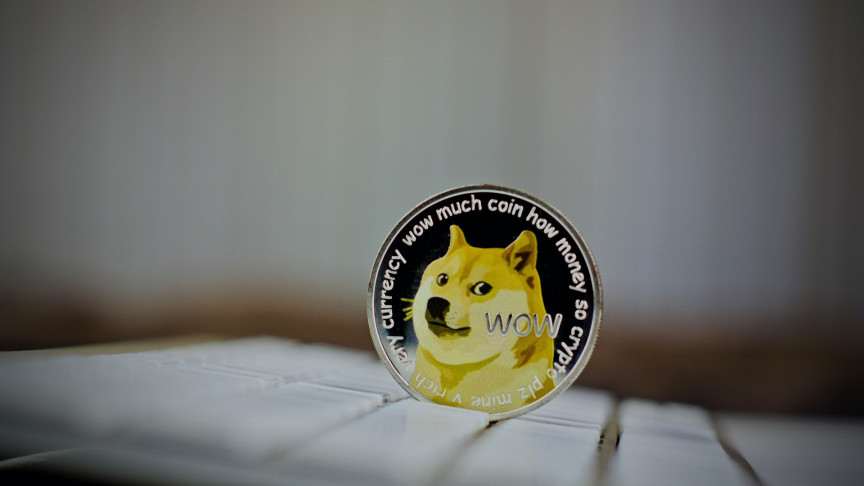 The SpaceX CEO and self-proclaimed meme-addict, Elon Musk, once tweeted to his millions of followers, “Who controls the memes, controls the Universe” — a sentiment that lays at the heart of much of the financial shenanigans of early 2021. Aside from Redditors coming together to like a heist film to “take on Wall Street,” we saw the meteoric rise of the cult-like alternative cyber currency Dogecoin. Musk is definitely part of our story today. However, he is just a small part of one of 2021’s most interesting cryptocurrencies.

Dogecoin (DOGE) has been around long before Musk and Snoop Dogg were tweeting about it. Starting off as a joke between engineers in 2013, the cryptocurrency has moved from the fringes of the internet into a crypto worth, in aggregate, more than Western Union, JetBlue, Harley Davidson, or Under Armour. Dogecoin seems to be this month’s obsession, inspiring a slew of hilarious memes. Nonetheless, is the crypto a joke? Or, is it a potential new financial tool?

The rapid growth of and recent interest in Dogecoin is very real. You should know a few things before putting your life-saving aways, hoping to capitalize on the hype. Regardless, we will let you decide. This leads to our first question.

Much Noble. Wow. Such Cereal. What the heck is Dogecoin?

The answer is simple: Dogecoin is a Shiba Inu-themed digital coin (or cryptocurrency). It is named after an internet meme centered around a dog with poor spelling habits (“doge” instead of “dog”).

For the uninitiated, a cryptocurrency is a digital form of currency based on blockchain technology. Digital, encrypted, and decentralized, you can use crypto to buy regular goods and services. Many people also invest in cryptocurrencies as they would in other assets, like stocks or precious metals, further driving the appeal of this new-age digital money.

Bitcoin has emerged as the leader of the crypto pack. The mining, adoption, use, and investment in Bitcoin have been a highly divisive topic, not least because its untraceability has made it the currency of choice for criminals the world over. Nonetheless, in late 2019 and throughout 2020, the growing demand from some prominent thought-leaders, and the rise in the black economy has helped push this volatile cryptocurrency to new heights.

Alt-coins or alternatives to Bitcoin, like Etherum, Litecoin, and even Dogecoin, have received a fresh wind of enthusiasm as opinions towards crypto as a whole begin to shift for the better.

Pronounced “dohj coin,” Dogecoin has seen “much enthusiasm” throughout the past weeks, with the altcoin becoming the 10th-largest cryptocurrency out of the sea of thousands of crypto currently on the market, at the moment of me writing this article. Dogecoin has jumped well over 1,600% at the beginning of 2021. Yet, there is much more to this story. The history and meme-lore behind this cryptocurrency are much more detailed and rich than you think. So, how did Dogecoin get started?

It all started with the eight-year-old Shiba Inu dog, Kabosu

The cryptocurrency’s mascot is, in fact, inspired by a real dog. Kabosu, now 15 years old, a Shiba Inu dog from Japan. Owned by Japanese kindergarten teacher Atsuko Sato, Kabosu unwittingly became the face of the now popular Doge memes after sharing a few cute pictures of her beloved Shiba on her personal blog. Kabosu’s rise to fame was, like most memes, seemingly random, with the first appearance of Doge appearing as far back as 2010 on Tumblr.

Now Kabosu’s face is plastered on the same images with comics sans font and poorly spelled phrases like, “wow,” “such tempt,” “so cereal” (surreal), etc. The meme could be used to express anything from jokes about food, art, engineering, other dogs, music, and even space exploration. The possibilities were endless. So, how did Dogecoin get started?

Doge was one of those memes you saw just about everywhere in the early 2010s. Dogecoin, however, did not officially begin until 2013, when it became a joke between two engineers. IBM software engineer Billy Markus and Adobe software engineer Jackson Palmer decided to combine their love of the two biggest phenomena of 2013, Bitcoin and Doge. With no real expectations, their meme-crypto hybrid creation became known Dogecoin.

The Shiba-themed cryptocurrency was designed using the codebase of Litecoin. Offering potential users an alternative to Bitcoin, Dogecoin was created as a fun alternative for people just getting into the realms of digital currency. Interestingly, in the DOGE blockchain, blocks are created much faster than in Litecoin, 1 minute compared to 2.5 minutes. Also, unlike Bitcoin, Dogecoin does not limit the number of coins that can be produced in the system.

Regardless, the technology behind the dog-themed crypto is not why it has remained so popular over the years. Its fun image and “memeablity” is one driving force behind its popularity. Although it is not the main reason why Dogecoin is a household name today.

Reddit has helped keep Dogecoin alive, creating a subculture around the cryptocurrency

You also have Reddit to thank again. Like many of the best memes and now financial events, Dogecoin has Reddit to thank for its success. The crypto was a big hit during its inception in 2013, with Markus and Palmer reporting 1 million page views on the day of their launch. Just a week later, Dogecoin became the “second-most-tipped” currency across the web. The internet practice of “tipping” is a way of repaying people on the web for performing good deeds, a staple of Reddit culture, especially in the early 2010s.

Dogecoin also grew in popularity thanks to its relatively low barrier to entry. Anyone could get into Shiba coin without that much prior technological knowledge or massive investment.

Finally, Dogecoin had very little to do with people trying to become rich, a sentiment echoed by Palmer in an interview with Business Insider in 2013. Redditors have championed the cryptocurrency for this reason. “It’s something to share for thanks or kudos.” Dogecoin has stayed on the web as a tipping tool and the occasional good joke over the years. The value of a single Dogecoin remained at a fraction of a dollar.

Such wow, why is Dogecoin going up?

If you haven’t gotten it already, Dogecoin has often been considered more of a meme rather than a viable tool for investment. Even the most bullish expert on the altcoin had no way of predicting its massive success. How did we get here? Social media, YouTubers, and billionaires. In mid-2020, viral videos on Tik Tok encouraged views that “They Could All Get Rich” if they shot up the value of Dogecoin to $1. Redditors in the same spirit of the Gamestop debacle have purchased more and more Dogecoin, sending the price up.

However, things truly hit the fan when Musk, during his first clubhouse interview, discussed appreciation of the crypto as well as a potential future where Dogecoin becomes the go-to crypto. A series of tweets from Musk, Mark Cuban, Snoop Dog, Gene Simmons, and other prominent figures have continued to fuel the crypto growth. Musk is even now offering to buy out major Dogecoin holders in order to help make the fringe cryptocurrency the “currency of the internet.”

However, there may be more to it than that. News sources report that just 20 people own more than half of all of the Dogecoin in existence (assuming the wallets are all owned by different people), with one holder owning more than a quarter of all the 128 billion Dogecoin. By mid-February, the currency was the 13th most valuable cryptocurrency in the world, with a market cap close to $8 billion.

Musk has announced that he will buy out these major Dogecoin holders, and it is this offer that is, in part, driving Dogecoins rise in value. However, if these holders do not agree to void their wallets Musk has said the currency will lose his support, which will presumably lead to a drop in value.

Want some Dogecoin! Well, get in at your own risk

Getting your hands on Dogecoin is relatively simple. You can either mine it, purchase some directly, or even trade it for goods or services. We will focus on the two former options. Mining is the process of creating a new cryptocracy by solving a computational puzzle. If you have the computer power available, mining Dogecoins is much more forgiving than Bitcoin. Dogecoin can be purchased at a few major crypto exchanges like Coinbase, Kraken, and Bitfinex. If you are interested in setting up a Dogecoin wallet, the official website has an excellent beginners guide.

It will be interesting to see where Dogecoin goes in 2021. Many people have written off the meme-crypto as a simple joke that will inevitably crash. However, if the few weeks of this year have taught us anything, it is that anything is possible. Nonetheless, perhaps that’s the point. Dogecoin was never created as a means for people to get rich. It was a useful tool that also doubled as a joke in a world where tech-facilitated, people-driven, decentralized finance is becoming a growing possibility. Such wow. So cereal.