Is 5G Harmful for Humans and the Environment? 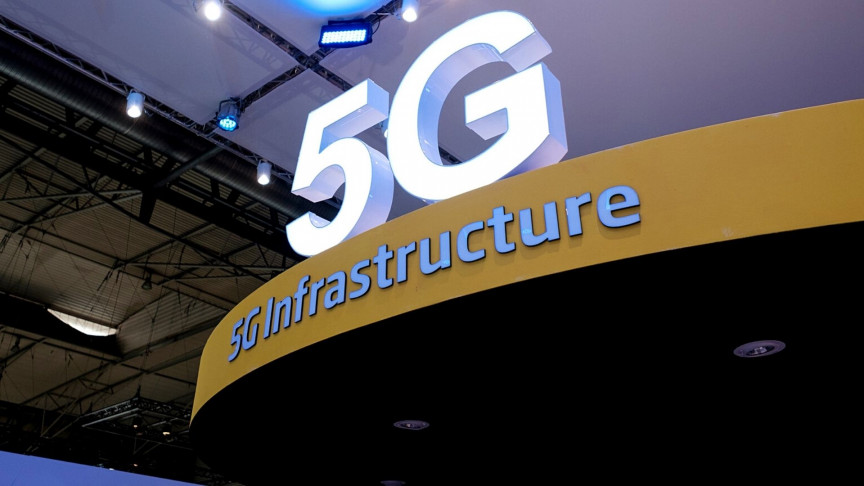 5G rollout is proceeding apace in many parts of the world. But as the rollout gathers steam, so have the number of researchers who have voiced their concerns that 5G might be harmful to humans and the environment.

There are also appeals and moratoriums signed by qualified scientists and doctors in regard to the rollout of 5G technology. But, do any of the claims that 5G is harmful have any merit?

Let’s take a quick look and first see what 5G is and how it differs from the current standard – 4G. This will help us understand why there are many complications associated with 5G.

Speed plays a critical role in your mobile browsing experience. If you want to stream in HD, a 3G connection gave you fair enough speeds while 4G can easily stream 1080p videos, given a good connection.

In theory, 5G can offer 1000x times the speed of 4G. In essence, with good coverage, you can stream 4K videos on your phone, or have a bandwidth of 100 Gb per second.

5G uses frequencies that are not already crowded with current devices. This is not the case with 4G and 3G devices, as they use the same spectrum, causing interference or noise.

5G avoids that by using a frequency that remains currently untapped. This will help in gaining better speeds, as well as very low distortion and noise.

Also, unlike 4G towers, which project signals in 360°, 5G antennas are very directional. This again leads to lower interference with other signals that are present in the area.

Latency is the time delay experienced by the signal that travels from a source device to the target device. With 5G, we can expect to see close to real-time responses between devices, which has been touted at 1-millisecond latency, whereas 4G stands at 50 milliseconds.

This offers multiple advantages to several different industries, like healthcare, autonomous vehicles, and aviation, where quick response is of prime importance. 5G offers much lower latency than 4G, however, the exact values in real-life scenarios can only be validated after the official rollout.

4. 5G has a much wider bandwidth

5G has more bandwidth than 4G, enabling you to connect more devices to a single internet port — like a router. This means that there should be no issues with overloading that normally become apparent when you connect a host of internet-hungry devices to a single router.

This is going to be greatly advantageous for smart homes, since it allows hosting of multiple devices that all need access to the internet from the same router.

Even though 5G sports an impressive spec list, it is still, ultimately, an incremental update over 4G. You will have better speeds and everything you do online will have access to that high-speed internet.

As we discussed earlier, you can also connect more devices to your 5G home network if you plan to ditch the wired connection.

Smartphones are undeniably the primary medium in which most of us access the internet. However, the perks of a 5G connection can be enjoyed on your smartphone only if your device supports it.

For a wider perspective on the background of the cell phone, you can also check out this video.

5G phones are not nearly as common as 4G phones, yet, as this is a relatively new technology. Also, 5G integration takes the cost of the phone higher when compared with 4G.

This means that it is going to take a while for the technology to seep into the mid and lower-tier smartphones.

The low interference factor of 5G means that it can provide good reception to users even when the spectrum is clouded with frequencies. This also extends to the multitude of devices that are used within smart cities.

5G will enable effortless communication between these devices while providing very low latency.

5G telecommunications is set to become the prime platform for sensors and other smart utilities used in the development  of smart cities. As cities become bigger and more loaded with technologies, there will substantial requirements for a communication platform that will enable the transmission of signals from one point of the city to the other quickly (which translates to high-speed internet with very low latency).

This will help in better communication, risk management, emergency response, and resource management.

Ever since companies started the rollout of 5G, the public reception towards it has been lukewarm, to say the least. There have been many allegations fired at proponents of 5G about its safety, including a report that a 5G network test caused the death of hundreds of birds in the Netherlands.

That news was later discovered to be a hoax.

However, fake stories like this aside, are there any health risks associated with the use of 5G to talk about?

The reason why many condemn 5G is the fact that 5G uses extremely high frequency (millimeter-scale) waves that lie between 30Ghz to 300GHz.

Due to the high-frequency characteristics, the waves do not travel long distances like 4G. Hence, antennas must be erected closer to each other to provide clear 5G reception.

We are not talking about a few more antennas, but a lot more, exponentially more!  Possibly as much as one antenna every 100 to 200 meters.

These are not full-blown cell towers that we are talking about, however, but low-profile antennas that will take up only a fraction of the space of a regular cell tower. But the real question is, does this technology pose health risks and environmental issues?

There are of course two distinct opinions to this question. Wireless companies, and even government websites such as those of the CDC and EPA, have worked to reassure the general public that the radiation emitting from the 5G networks is completely safe. The Federal Communication Commission has reaffirmed that the radio frequency radiation (RFR) exposure limits adopted in the late 1990s are still relevant.

They, and others, argue that the very short range, and short-wavelength (high frequency), radiation used is non-ionizing. This means that it does not have enough energy to strip electrons from atoms (thereby creating ions).

However, other research has demonstrated that there can be harmful biological or health effects from exposure to nonionizing electromagnetic fields (EMF).

Citing a large body of research on the hazards of exposure to EMF, more than 240 scientists, who together have published more than 2,000 peer-reviewed papers on the effects of EMF, have appealed to the United Nations for urgent action to reduce EMF exposure emitting from wireless sources. These scientists also submitted a letter to the FCC, asking that body to consider health risks and environmental issues before rapidly deploying 5th generation wireless infrastructure.

Others have pointed out that the FCC’s RFR exposure limits take into account the frequency of the carrier waves, but ignore the signaling properties of the RFR. Characteristics of the signal, such as pulsing and polarization, along with the duration of exposure, may increase the impacts of the exposure.

The World Health Organization’s International Agency for Research on Cancer (IARC) has also classified RFR as “possibly carcinogenic to humans” and a study conducted by the U.S. National Toxicology Program (NTP) found “clear evidence” that exposure to cell phone RFR increased cancer and damaged DNA in rats and mice.

A letter written by Dr. Martin Pall, a biochemistry professor at the Washington State University, discussed the severe biological and health effects resulting from 5G, stating that the current FCC guidelines are inadequate, obsolete, and in favor of the telecommunications industry.

Dr. Pall also believes that there may be major long-term ill-effects after the 5G implementation, such as blindness, hearing loss, skin cancers, male infertility, and thyroid issues.

Unsurprisingly, the FCC’s perspective on 5G is different and is making sure that the technology is deployed at the soonest opportunity. Instead of laying out strong and effective guidelines, the agency’s efforts are being put towards developing legislation that will prevent local governments from restricting the implementation of 5G.

Apart from 5G-specific studies, there is numerous other research that shows evidence of the harmful effects of low-intensity, extremely high electromagnetic radiation on animals. Whatever the case, most experts agree that an open, frank, and unbiased investigation is needed on the subject.

5G is certainly the future, and we are going to see blazing fast internet speeds on our mobile devices in the not too distant future. The improvement in connectivity is indeed going to improve our lives, but likely at the expense of our own health in the long run.

This advanced, but untested technology is fast approaching, and there is very little that we can do to stop its widespread implementation. However, one thing that we all should do is understand EMF better and protect ourselves through the proper choice of products.

Try limiting your EMF exposure through the limited use of phones and smart devices. If possible, avoid using 5G phones and devices, or make use of radiation detectors to know whether you’re near the high levels of EMFs.

If you are really worried about the effects of 5G, you can also sign a petition to halt the deployment of the 5G wireless network until a proper framework and guidelines considering health hazards and environmental effects are prepared. Before we make our homes, businesses, and cities ‘smart’, it’s important to take ‘smart’ decisions when adopting the new technology.

What do you think about 5G? Is it safe? Should it be embraced, or banned?