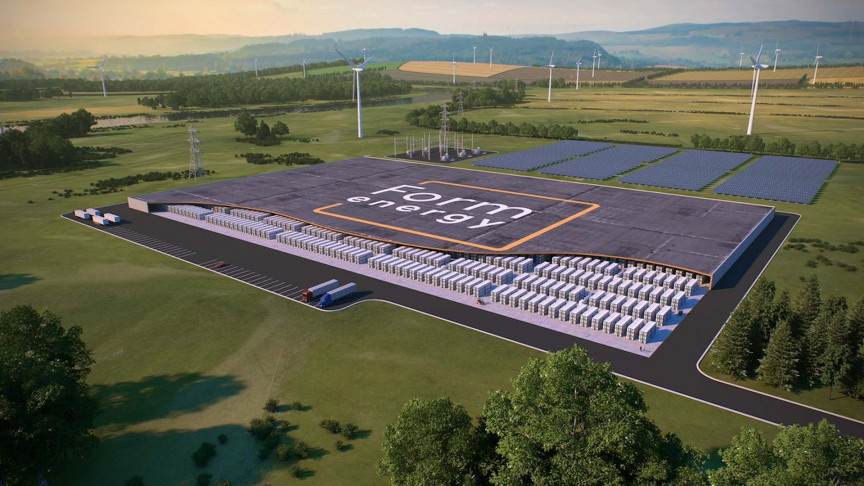 The commercial-scale pilot project is aimed at enabling cheaper energy storage, allowing for an easier transition away from fossil fuels. The company’s iron-air batteries store up to 100 hours of energy at a tenth of the cost of an equivalent lithium-ion battery mass storage unit.

As Form Energy puts it, the transition to renewable energies means that “the electric grid now faces a challenge: how to manage the multi-day variability of renewable energy […] without sacrificing energy reliability or affordability.”

The company’s system is designed to cheaply store large amounts of renewable energy during productive spells for wind and solar power sources. It then releases that electricity only when it’s required — during times in which those energy sources are producing less energy due to sub-optimal weather conditions.

Form Energy has raised more than $300 million in its quest to commercialize its iron-air battery system, with investors including the Bill Gates and Jeff Bezos-backed Breakthrough Energy Ventures.

In 2017, Tesla built the world’s biggest battery system in South Australia. Though that system is still in use today, and it’s largely seen as a success, lithium-ion batteries are expensive and prone to wear, meaning there is a need for alternatives.

Form Energy’s iron-air batteries may provide the required alternative. The company explains that iron is ideal for its system as it is one of the safest, cheapest, and most abundant materials on Earth.

As its system is made at “less than 1/10th the cost of lithium-ion,” it could provide the grid with stored energy at a price that is “competitive with conventional power plants.”

Iron-air batteries work via “reversible oxidation of iron.” In order to discharge and release energy, they initiate the rusting process by exposing thousands of tiny iron pellets to the air. When the system is charged with an electric current, the oxygen in the rust is removed, reverting it to metallic iron.

Though Form Energy has yet to reveal specific numbers related to the efficiency of its system, its batteries use a giant iron anode, which the company says is the biggest anode ever built. The cells measure roughly 10.7 square feet 1 (square meter) and are fitted into battery modules approximately the size of a washing machine, submerged in a liquid electrolyte. The system reportedly delivers between 1-3 megawatts of continuous power per acre (0.4 hectares).

“With this technology, we are tackling the biggest barrier to deep decarbonization: making renewable energy available when and where it’s needed, even during multiple days of extreme weather or grid outages,” said Mateo Jaramillo, CEO and Co-founder of Form Energy.