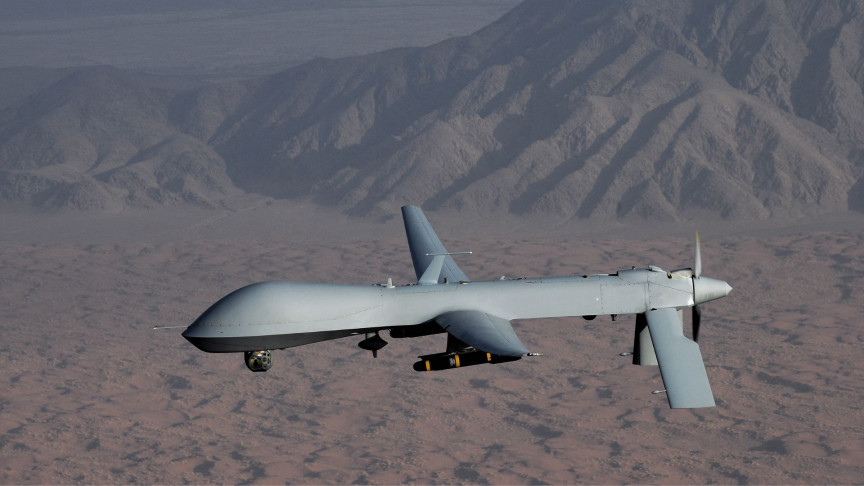 It looks like Iran has unveiled its latest unmanned aerial vehicle (UAV), the Kaman-22, which is an upgrade of its pre-existing Kaman-12 UAV.

Kaman-22 has an uncanny resemblance to the U.S.’ Predator MQ-1 and Reaper MQ-9 UAVs, but it’s a little hard to tell at this stage as Iran’s military hasn’t shared many images of its latest UAV.

The news was shared by official Iranian sources, as the local news agency Tasnim states (in Persian). As far as these reports indicate, Kaman-22 has a 1,864 mile (3,000 km) range. Tasnim also reported that the UAV is in its “final states of production.”

The improved UAV is set to carry approximately 661 pounds (300 kg) of explosives, states The Defence Post, which also explained that professionals are already being trained to operate the drone.

On top of that, Kaman-22 will allegedly be “capable of carrying all types of payloads with very long flight duration [and] has the ability to identify, monitor, and collect information and photograph distant targets,” Tasnim quoted Brigadier General Aziz Nasirzadeh, commander of the Islamic Republic of Iran Air Force (IRIAF), as saying.

Time will tell what exactly the Kaman-22 can do, and how it’s developed. But for the time being, from the few available images of the UAV, it’s possible to see a pusher propeller powerplant; though it is not the engine that’ll power the vehicle.

The Iranian UAV also appears to have straight wing features with weapon hardpoints, with upturned tips and mini winglets, along with an upward V-shaped tail and ventral fin — all aspects that can be likened to the MQ-1, and MQ-9. One main noticeable difference is the landing gear, which looks to be fixed and not retractable.

IRIAF will unveil its Kaman-22 unmanned reconnaissance aircraft in the coming days.

The Drive explained that the weapons mounted beneath Kaman-22’s wings are four Sadid guided bombs and two Balaban glide bombs. There also looks to be an electro-optical sensor turret on the UAV.

It has to be said that the Kaman-22 doesn’t hugely resemble its Kaman-12 predecessor, and has a closer resemblance to the U.S. Predator MQ-1 and Reaper MQ-9; but at this stage, we’ll have to hold tight until more information is officially shared.

Additionally, in 2016, The Islamic Revolution Guards Corps (IRGC) Aerospace Force released the photos of an American MQ-1C Unmanned Aerial Vehicle (UAV) captured by the IRGC forces, Tasnim reports. It raises the question of whether Iran followed the footsteps of the U.S. military on the new technology.