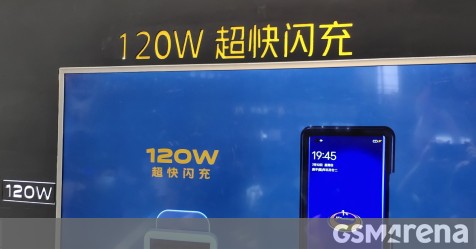 iQOO showed off its latest fast charging system, which is capable of hitting 120 Watts. Interestingly, it’s faster than Oppo’s 125W system – when charging a 4,000 mAh battery, it needs only 15 minutes to hit 100% while the Oppo unit will take 20 minutes.

iQOO uses a slightly different setup. The charger outputs 20V at 6A, then two charge pumps inside the phone convert that to two 5V 12A currents (these pumps are slightly more efficient too, 98.5%). Oppo’s system uses three charge pumps to convert the 20V 6.25A from the adapter to 10V 12.5A.

As you can see, the two companies took very different approaches to achieve the same goal. You can watch the 120W system in action in the video below.

iQOO says that it will unveil its first phone with 120W charging support in August. Will it be the iQOO 3 Pro? That model was recently listed by the 3C with only 55W charging, so we’re likely looking ppob terlengkap at a different model (or a Pro+ version at least).

Leakster Digital Chat Station published the image below, claiming that it shows the 120W phone in question (it’s clearly an early render rather than a finalized design).