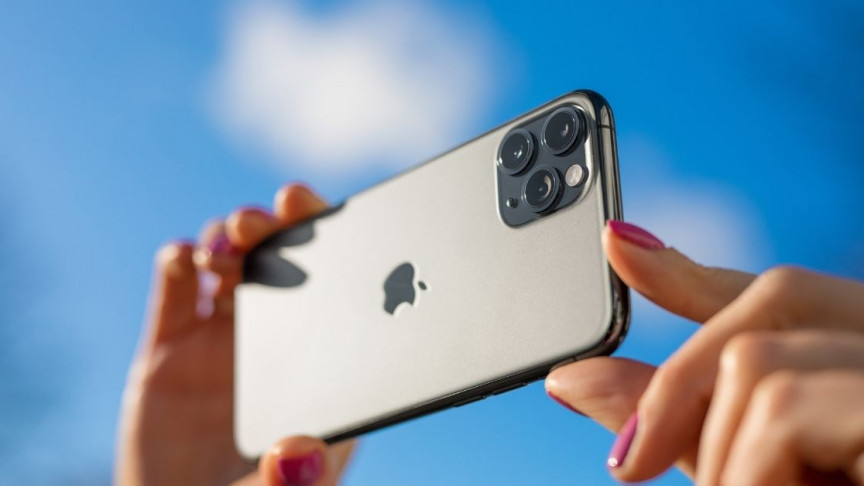 A new patent filing discovered by AppleInsider suggests that future iPhones might come installed with the ability to detect air quality, pollen, and even poisonous gas.

The filing shows a method devised by Apple to reliably sense the air using a combination of lasers and other sensors.

RELATED: THE HISTORY OF LASER TECHNOLOGY AND WHAT IT CAN DO TODAY

The patent, which has been granted to Apple, is titled “Particle matter sensors for portable electronic devices.” It details a component that can be installed into its devices, which would allow those devices to give an accurate reading of particulates in the air using three lasers.

Apple’s proposal for monitoring the air uses three laser light sources, three total-internal-reflection lenses, and photodiodes to receive light signals. As AppleInsider points out, light emitted by the lasers is fed through the lenses where they are reflected in the direction of a receiving sensor.

Importantly, the light sensors and light sources would be in the same location so that the light would be bounced back to the origin point.

This would mean that Apple wouldn’t need to determine a destination point for the light and would save itself from having to place detecting sensors far from the emitter, allowing for a more compact design.

The system would essentially detect the change in optical power emitted by each of the lasers to determine the particulate count in the air. Using three laser beams allows the system to read particulate counts in three-dimensional space for more accurate readings.

As AppleInsider indicates, Apple typically files several patent applications a week and many of the ideas in those patents never see the light of day.

While this patent filing isn’t a guarantee that we will see air particulate detection as a feature in future iPhones, it’s an interesting, and very 2020, line of research that may yet become a common feature of future smartphones.